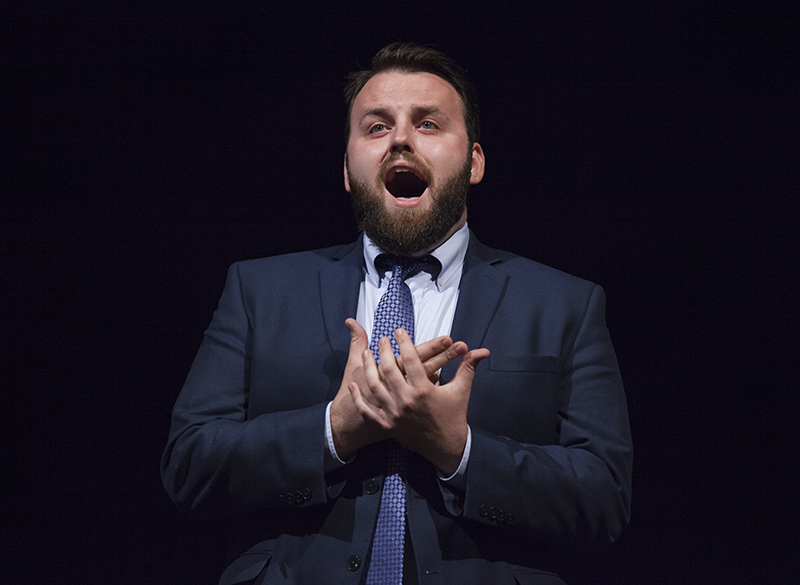 At 8:15 p.m. Saturday in the Amphitheater, the Chautauqua Symphony Orchestra will present the annual Opera Highlights Concert under the baton of Steven Osgood, artistic and general director of Chautauqua Opera Company.

In connection with the Week Three theme of “Moral Leadership in Action,” the program is titled “Moral Dilemmas in Opera: What’s a diva to do?”

“It’s, in some cases, something quite serious, and in some cases not at all,” said Carol Rausch, music administrator and chorus master of the company. “Every piece on the program has some little thorny issue of one kind or another.”

The Young Artist program within the company includes 24 singers, with 16 designated as Studio Artists and the remaining eight as Apprentice Artists. In tonight’s concert, the latter will be featured as soloists.

“It’s neat to get to do something that highlights all of us individually because we all have different strengths,” said soprano Abigail Rethwisch. “Within one opera, not everyone necessarily gets highlighted to their best ability, and so it’s special to do a concert like this.”

Rausch said the program couldn’t be more varied considering the inclusion of Italian, French and German repertoire, 20th-century selections, a little bit of operetta, a little bit of musical theater and the world premiere of a work by composer-in-residence Jeremy Gill.

The new piece is a setting of Gertrude Stein’s 1916 play, Ladies’ Voices, and will be performed by soprano Chelsea Miller. Stein, an American poet, playwright and literary modernist, wrote the play after overhearing snippets of conversation at a party in Majorca, Spain.

“She [was] a real American in Paris,” Gill said of Stein, who resided in Paris for the duration of her adult life. “It’s an American sensibility to sort of look at this with a critical and ironic eye and have fun with it.”

Considering the theme of morality and leadership, Gill said a strong characteristic of a leader is somebody who does the right thing despite public opposition. He thought of Stein and the ridicule she endured when she published her gossip play.

“In art, there is no ‘right thing’ — there’s [just] a thing that you do. But she was doing that thing in the same way,” he said. “Despite all of that negative energy coming at her from the public, from her family, et cetera, she persevered, and that to me is a really strong, clear characteristic of a leader.”

“I feel very feminine all the time, like with the way I walk, and I’ve been told so many times, ‘Stop moving those hips!’ ” she said. “It always kind of poses a challenge to play a boy, but the aria is stunning and the orchestration is just so exciting.”

“It’s relatively new for me,” she said. “Chautauqua is the really perfect place to do that because everyone’s so nurturing and the community is so wonderful that it’s a great place to try new things.”