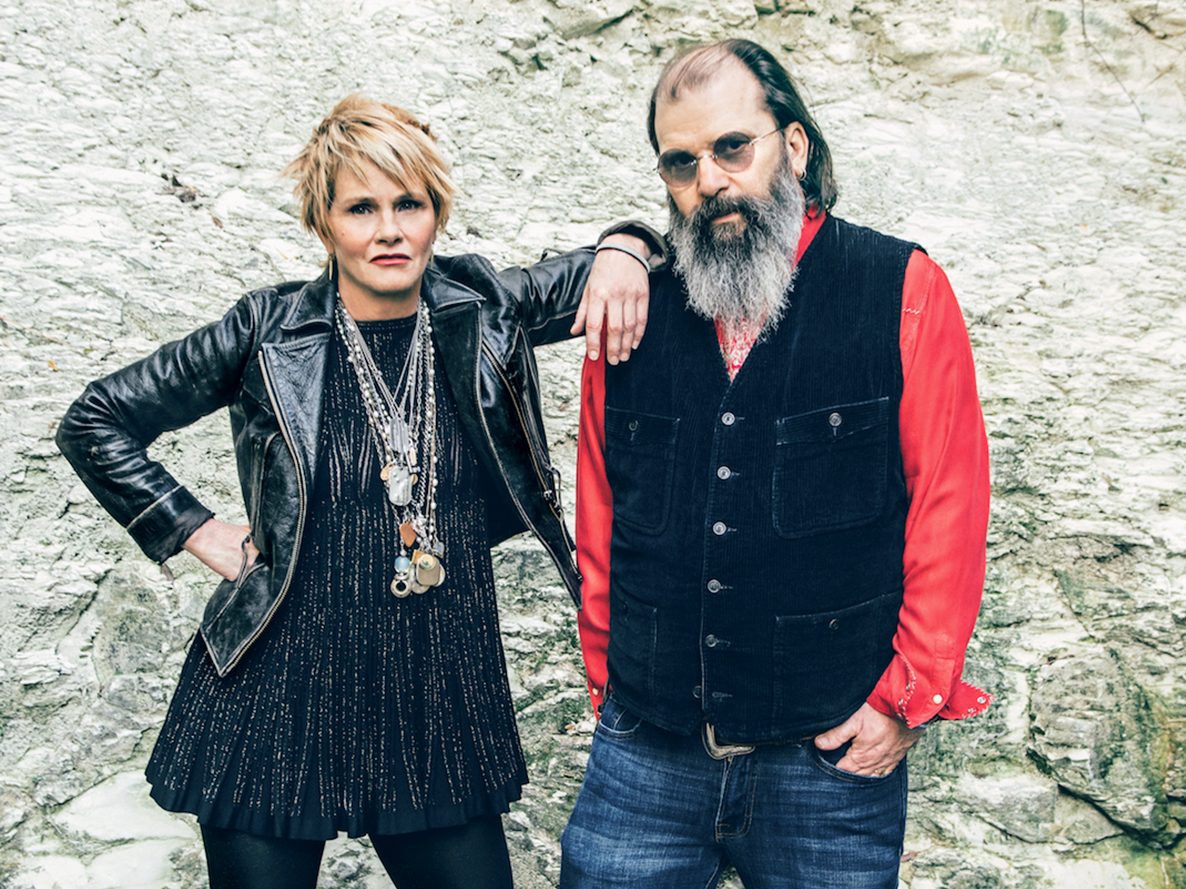 At 8:15 p.m. Friday in the Amphitheater, folk-rock singer-songwriters Shawn Colvin and Steve Earle will take the stage in continuation of a musical partnership that formally began during their 2014 tour.

“I just really enjoy traveling with someone else and being a backup musician, singing harmony, playing rhythm guitar,” said Colvin in a July 5 interview with Garden & Gun. “I had a feeling Steve and I could do it together. He calls it whitewashing the fence, because he says you’re only doing half the work.”

After the tour, Earle suggested they record an album, and on June 10 they released the 10-track Colvin & Earle. Andrew Leahey at Rolling Stone described their sound as “less Civil Wars, whose biggest songs seemed to trade understatement for vocal acrobatics, and more Raising Sand, Robert Plant and Alison Krauss’ harmonized home run from 2007.”

The pair first met in 1987, when Colvin was asked to open for Earle at the Iron Horse in Northampton, Massachusetts. They bumped into each other again at the 1996 Telluride Bluegrass Festival, but it wasn’t until 2014 that they solidified their collaboration.

The shared experiences of parenthood, divorce, addiction and sobriety form the fabric of their partnership.

“I think Shawn and I both knew there was something really similar in where we were coming from as performers,” Earle told The New York Times in June.

Colvin won a Grammy in 1991 for Best Contemporary Folk Album and two more in 1998 for her single “Sunny Came Home.” Earle is also a three-time Grammy winner.

In the interview with Garden & Gun, Colvin said she and Earle didn’t have much formal discussion before starting the writing process.

“One of us would come in with a musical idea and we just kind of suit up and go,” she said. “We wrote together in Austin, Nashville and New York, but then took several months more to finish via voicemail, email. It took just a week and half to record, but it took us several months to write the songs.”

One song on the album, “Tell Moses,” is particularly timely in the wake of the recent violence between law enforcement and civilians, with the resulting tension reaching a fever pitch last week.

The song speaks of heroes of the past who stood up to oppression and injustice, including Moses and Martin Luther King Jr. The last verse says, “Ferguson, Missouri, people in the streets/ hands above their heads and standing up to the police/ Waitin’ on a hero to step into the breech/ ain’t nobody comin’ so it’s up to you and me.”

In an interview with Salon last month, Earle said he and Colvin intentionally don’t classify their album as a collection of duets, or as a one-time collaboration between individuals.

Chautauquans who enjoy tonight’s performance will be happy to know the duo aren’t calling it quits at the end of the tour.

“We plan on doing it again,” Earle told Salon. “We’re trying to establish the existence of something that’s never existed before, called Colvin & Earle.”