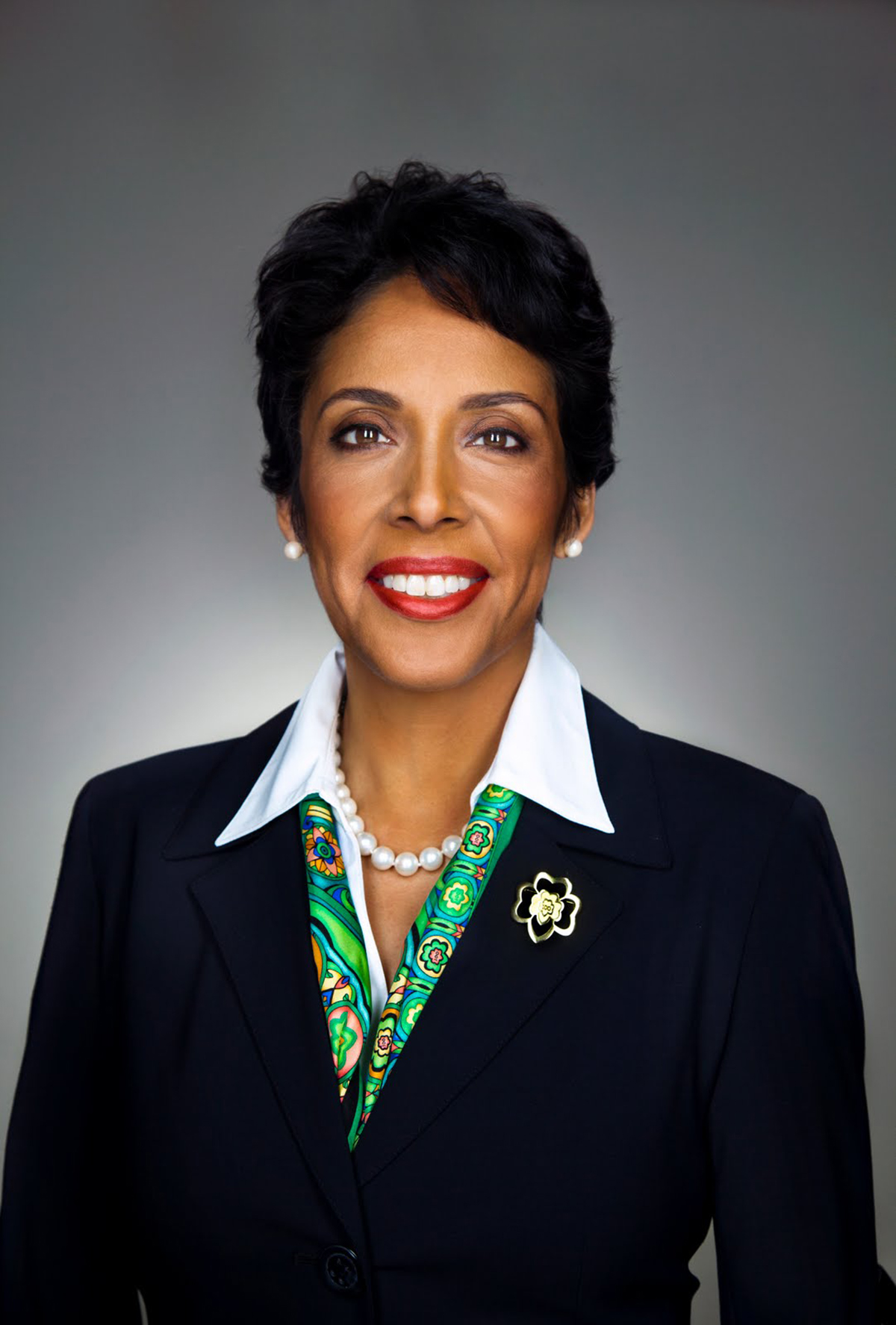 The last morning speaker on the theme of “Moral Leadership in Action,” Chávez, who recently retired from her position as chief executive officer of Girl Scouts of the United States of America after five years, will lecture at 10:45 a.m. Friday in the Amphitheater.

Chávez grew up in Eloy, Arizona, and when her best friend joined a Girl Scout troop, she followed.

Being a Girl Scout, Chávez said, allowed her to decide at 12 years old that she wanted to become a lawyer. That decision led her into a 25-year career of public service and non-profit leadership.

Chávez was instilled with that attitude at a young age. She said giving back to the community was always a part of her family growing up.

“I think every day gives you the chance to practice moral leadership,” Chávez said. “It is not just for special occasions.”

In 2011, Chávez began her journey as CEO of the 104-year-old Girl Scouts with 2.7 million members across the globe and 59 million alumnae in the U.S. One in 2 American women are part of the organization, she said.

Chávez said she looks forward to speaking at Chautauqua Institution about the impact scouting can have on teaching moral leadership at a young age.

“Moral leadership is taking your experiences and education and leading people and organizations and countries to have the greatest most positive impact to humanity,” Chávez said.

The Week Three theme illustrates putting people first, emphasizing servant leadership and ensuring that people have a voice about the issues surrounding them, Chávez said.

Her resume proves she takes that seriously.

Chávez graduated from Yale University and the University of Arizona. After graduation, she worked in public service departments focusing on domestic violence, senior programs and refugee programs, including for the Arizona Supreme Court and the U.S. Supreme Court.

Chávez’s path once more crossed with the Girl Scouts, she said, when she moved to San Antonio, Texas, and took a job running a local Girl Scout council.

“I loved the grassroots organization and being able to work directly with the girls and volunteers,” Chávez said.

During her time as CEO, the Girl Scouts of the United States of America was named one of the top 10 most innovative nonprofits in the world, and Chávez earned recognition as one of the top 50 world leaders. The organization won the 2016 international licensing corporate brand of the year.

Chávez led the Girl Scouts  to those honors through establishing progressive opportunities for girls through campaigns, such as encouraging participation in science, technology, engineering and math (STEM) projects and eventually careers.

Her work earned her the title of one of the 100 Women Leaders in STEM by the website STEMconnector and an induction into the U.S. News and World Report’s STEM Leadership Hall of Fame.

“Having been a Girl Scout four decades ago, STEM was not a part of our lexicon,” Chávez said.

According to Chávez, starting in fourth grade, girls tend to stop raising their hands in class and are talked out of pursuing high-level STEM careers.

Understanding the moral leadership role she held, Chávez said she made sure to introduce more STEM programming to girls. Girl Scouts can earn badges in skills such as financial literacy, nanotechnology and computer coding.

Every year, Girl Scouts raise close to $800 million in revenue on cookie sales. Chávez said moral leadership must be considered when deciding how that money is spent at local levels to fund programs and camping trips.

Chávez said social norms and cultural stereotypes tend to dissuade people from roles they feel they fit. She said she believes anyone who wants to play a large leadership role should be granted the chance.

Neither does race, in the case of Chávez, who was the first Latina woman to serve as CEO of the Girl Scouts. Moral leadership, Chávez said, teaches people to be considerate, wise with resources, to speak truth and have honor. She said in her position of leadership, she must be that role model.

“I think we all face moments in our lives when we see someone violating the honor code,” Chávez said. “In work, when you see colleagues not doing the most ethical things.”

All leaders, Chávez said, have an obligation to understand society, and learn about people who live in different parts of communities that might be different.

Chávez said her retirement came at the conclusion of many projects she worked on during her time as CEO.

“It is now time for me to jump into a different sphere and really think about how I can be helpful in larger dialogue around family, getting children out of poverty and how to run successful organizations specifically when you are a legacy brand organization,” Chávez said.