When Jim Wallis is asked how he sustains a life dedicated to activism after being arrested 22 times, his answer is simple: his faith sustains his activism, and one could not exist without the other. 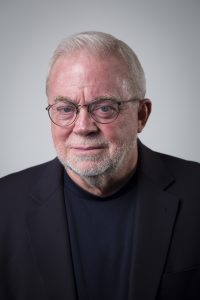 At 2 p.m. Wednesday in the Hall of Philosophy, Wallis will give a lecture titled “The Bridge to a New America” as part of this week’s theme “Moral Leadership in Action.” Wallis is a prominent Christian writer, minister and political activist, and is known for founding Sojourners magazine, working as a spiritual adviser to President Barack Obama and being a leader in the Red-Letter Christian movement. In his lecture, he will address social justice leadership and claim that racism is America’s original sin.

When Wallis was a teenager growing up in Detroit, he started observing what was happening in the city around him. He began to ask questions to members of his church about the racial segregation he witnessed, such as: “How come it seems like we live the way we do in white Detroit, but life seems very different in black Detroit, just a few blocks or miles away?”

“I started to listen to my city and read newspapers and hear the news, and what I was reading and hearing was that something really big was really wrong in my city, in my country,” Wallis said. “Something just seemed very wrong and nobody wanted to talk about it. They said, ‘You’re too young to ask these questions. When you’re older you’ll understand,’ or ‘We don’t know why it’s that way either, but it’s always been that way.’ ”

Wallis was confused when he compared that statement to contradicting advice from his own mother: “If you’re lost and can’t find your way home, look for a policeman. The policeman is your friend and he’ll help you safely home.”

That experience sparked a realization in Wallis that although he and his friend grew up in the same city, they had very different experiences of being Americans because of racial inequality. Wallis said that is still true today.

“I was just reading about the story of Baton Rouge, a young man was shot and killed by police officers there, and whether it’s Trayvon Martin or whether it’s Michael Brown or whether it’s [Alton Sterling], that kind of thing doesn’t happen to my white, teenage sons. It just doesn’t happen,” Wallis said. “So you have a whole different experience in this country with police and criminal justice [depending on] whether you’re black or white.”

Wallis left the evangelical church and became dedicated to the civil rights movement for several years. But even after time with that secular student movement, he eventually found his way back to his spirituality. It was the Gospel of Matthew that became his conversion text, specifically the Sermon on the Mount and Matthew 25.

“[Jesus] says, ‘I was hungry, I was thirsty, I was naked, I was a stranger, I was sick, I was imprisoned, and you didn’t come to me or care for me,’ ” Wallis said. “ ‘As you’ve done to the least of these you’ve done to me.’ So here was the Son of God identifying with the most vulnerable, and says I’ll know how much you love me, with how much you love them.”

Wallis later attended an evangelical divinity school in Chicago and was eventually ordained a minister. He chose to go to an evangelical seminary rather than one with more liberal views, because it gave him the opportunity to argue with his own tradition and show people a new perspective.

Wallis went on to be both a Christian writer and political activist. He is the founder and editor-in-chief of Sojourners magazine and the not-for-profit Sojourners community in Washington, D.C., both of which advocate for Christians supporting liberal social justice causes. He is the author of 12 books, including his most recent book, America’s Original Sin: Racism, White Privilege, and the Bridge to a New America. He also teaches at Georgetown University, and is a former professor at Harvard University.

Wallis also served as the vice-chair of the Global Agenda Council on Values of the World Economic Forum, and on Obama’s first White House Advisory Council on Faith-based and Neighborhood Partnerships. However, Wallis said, he would never call himself a “spiritual adviser” to Obama, but simply his friend. The two were friends before Obama became president and have had an ongoing conversation about poverty, racial injustice and segregation.

Wallis said Obama has been challenged by those in the faith community for defending poor and low-income citizens, but he feels those actions are essential to values in the Christian faith.

“A society finally is judged by how it treats the poorest and most vulnerable, [and] that’s always the question people of faith should be asking,” Wallis said. “Who’s most marginalized and how are they being treated? So my politics derives from my faith, not the other way around.”

Morning Worship Column: “God Does Best Work in the Dark and Always has the Last Word”