Paul Root Wolpe has a father who is a rabbi, two brothers who are rabbis and a daughter currently in rabbinical school.

But Wolpe’s focus is science. He now works as the senior bioethicist for NASA, where he combines his passion for science with his background in religious and ethical thought.

At 2 p.m. July 22 in the Hall of Philosophy, Wolpe will give a lecture titled “We are Planetary Bodies: The Physical and Spiritual Challenges of Colonizing Space,” where he will address the ethical challenges that are posed in NASA’s space research and exploration.

“I’ve always been interested in both medicine and life science, and in issues of how we make decisions about what’s true and not true, valuable and not valuable, in our lives,” Wolpe said.

Those interests came together for Wolpe when he was an undergraduate at University of Pennsylvania and worked with Renée Fox, one of the first scholars of social science and bioethics. He eventually became a medical sociologist, but maintained his interest in bioethics as well.

Wolpe was one of the first people to discuss the use of reproductive technologies with Planned Parenthood, and the organization then asked him to be their bioethics adviser. Wolpe served as an unpaid, volunteer adviser for the organization and helped them with various legal and ethical challenges.

Wolpe said there is typically a strong contribution from religious thought to all ethical conversations, even in secularized situations. Every current justice on the U.S. Supreme Court is either Jewish or Catholic, and most of the heads of presidential bioethics commissions have been as well. Wolpe said those two religious traditions have been analyzing ethical questions for centuries.

He gave the example of euthanasia and said the debate over helping someone who is terminally suffering to die is a 3,000-year-old conversation in Judaism. 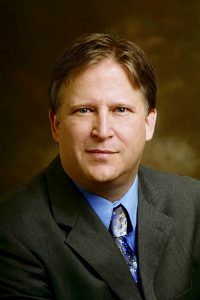 “There’s a great richness and depth to a conversation that has been going on that long, and I think the contribution of religious traditions to the general, ethical conversation is partially because of how long and deep the conversation has been,” Wolpe said. “We bring to the table a centuries-old set of debates where almost every perspective has been considered and discussed at some point or another, so it deeply enriches the conversation.”

“I believe that everything we do, every decision we make, even ones that seem trivial, all in some way or another are an expression of our values and our beliefs and therefore have an ethical component,” Wolpe said. “If you just translate ethics into what’s right and wrong, I think you miss the deeper sense that ethics is really about almost every decision we make that puts us, out in the world and says, ‘this is what I care about and don’t care about.’ ”

Wolpe has been NASA’s senior bioethicist since 2009, and said the organization has a lot of unique bioethical challenges that he will discuss in today’s lecture.

Amid all the academic articles he’s contributed to the public, Wolpe is most proud of his ability to bring ethical issues into the public eye. Although he is trained to examine and explain those issues, Wolpe said when it comes to making judgments on right and wrong he is no more qualified than any other human.