More than 50 years after Congress passed landmark civil rights legislation, race relations are still a potent political issue in this country, as Americans continue to experience forms of subtle or overt discrimination on the basis of skin color.

But what are the origins of racism based on skin color discrimination? And where is humanity headed on that? 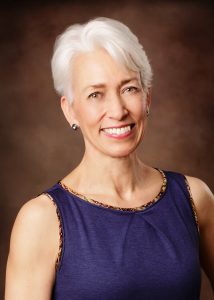 At 10:45 a.m. Monday in the Amphitheater, Nina Jablonski, the Evan Pugh University Professor of Anthropology at Pennsylvania State University, and a native of Hamburg, New Yowk, will explore those questions through a primatology and paleobiology lens.

“Issues like human evolution, diversity and racism are linked together,” Jablonski said.

At the same time, Jablonski is concerned about the evolutionary imprint on humans and how we should respond, in our daily lives, to profound differences between our history as a species and how we live today.

Jablonski began her career “studying human evolution from the fossil record. I wanted to find out how, as a human race, we have gotten to where we are.”

“I was trying to understand the evolution of human differences,” she said. “It was particularly interesting to investigate the science and evolution of skin color, because unlike other primates, humans are highly visually oriented. So humans have different skin colors, and notice them.”

Humans have different skin pigmentation based on the effects of the sun’s ultraviolet rays on the skin, said Jablonski.

“It is clear that the more pigmentation you have in your skin, the more natural protection you will have against the harmful effects of UV radiation,” she said.

Traveling around the world to study, research and teach, Jablonski has found pervasive evidence of discrimination on the basis of skin color. As a scientist, she found herself drawn into exploration of the social and political effects of such discrimination.

What she learned was in the 16th, 17th and 18th centuries, a few European men, on the basis of ignorance and bigotry, began to suggest darker skin as a racial construct was an indication of inferiority. That thinking gained considerable influence and provided a kind of misguided justification for the Trans-Atlantic Slave Trade to America. Such thinking influenced figures such as Kant and Thomas Jefferson, she said in an interview with Wisconsin Public Radio.

“We may affix labels, but there is nothing inherent in the human condition that consigns us to racial stereotyping,” she said. “We need to understand what diversity means and what it doesn’t mean — and how it does not limit us. I want to emphasize the inutility of race or skin color as a qualitative descriptor of people. We need to recycle terms, assertions of superiority or inferiority, and situations where race somehow defines people.“

Jablonski is clear on the best antidote.

“It is education, and the earlier the better,” she said. “Kids are fundamentally imitative, so what they observe at home, in school, even on TV or the internet is influential.”

Skin colors around the world are changing, not because of evolutionary development, Jablonski believes, but “because people of different heritages are coming together, meeting and mating. We’re moving to a greater mixture of skin colors, with a greater color range.”

“As a scientist, I believe we need to talk more openly about these misconceptions. That’s an important reason I am here today,” she said. “There is evidence that a lot of people harbor misconceptions about skin color, but largely in silence. But there are biological bases for human differences. Some of the science is well understood; it can help demystify misunderstanding.”

Jablonski believes people today can learn important, life-changing lessons from their evolutionary past.

“We need to understand how our lives stack up today versus years or centuries ago,” she said. “It is important never to forget that we come from a lineage of physically active primates.”

Today, Jablonski said, most of the population lives “far away from where our ancestors evolved, and very often under a different solar regime.”

“We live mostly in cities, indoors in urbanized lives,” she said. “Our ancestors centuries ago were outdoors a lot. We have evolved as active, mobile, observant beings. We cannot afford to be inert or passive in terms of physical and mental activity.”

As visually oriented primates, Jablonski said, humans “urgently need” to learn about heritage and “reintroduce a higher level of physical activity into our lives and routines.”

“People need to do something,” she said. “That could be washing the car, taking the dog for a walk. It could be playing sports or handwork such as throwing a pot or drawing a picture. We need to confront our evolutionary challenges by using 21st-century tools that are available to us.”