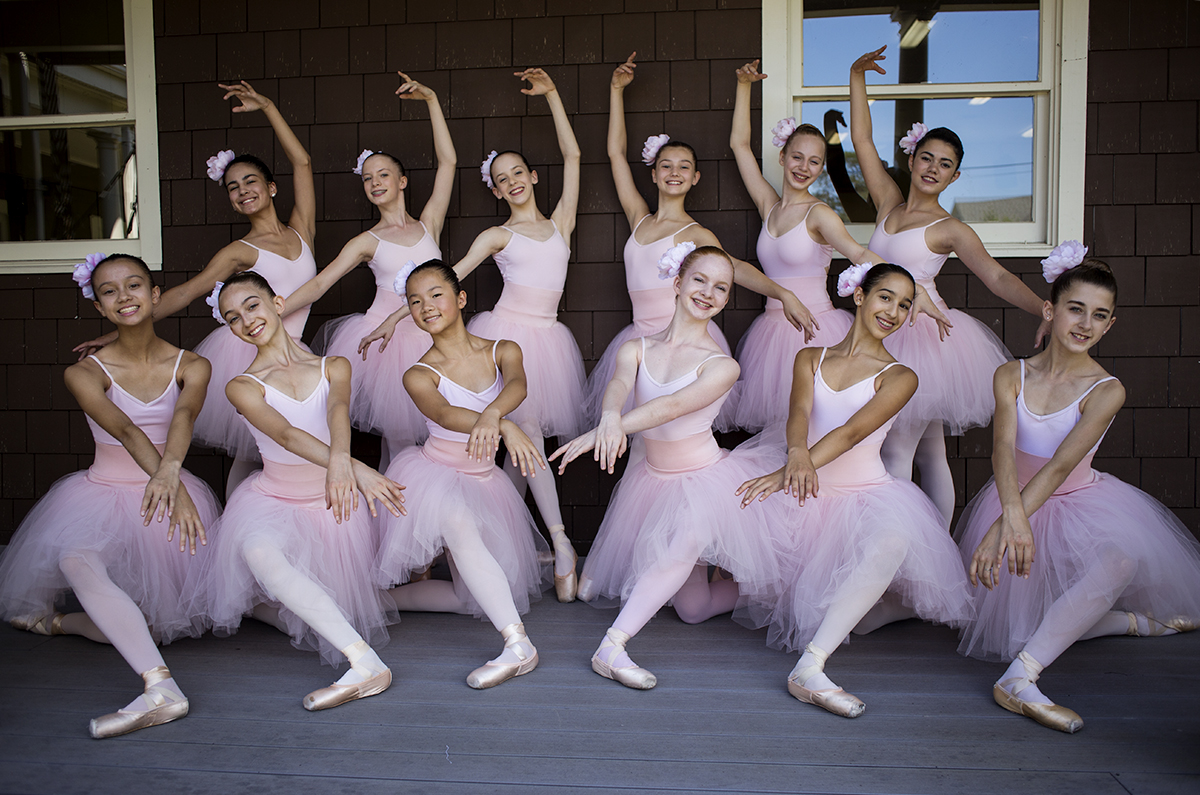 After only one week of rehearsals last month, the Chautauqua Workshop II dancers stepped on the Amphitheater stage July 17.

With two new dances in their repertoire, they were out to do the best they could in the short time they had.

“We can go back and fix what we have done wrong in the past and then make it even better the second time,” said Erin Warren, a 14-year-old Workshop II dancer.

At the Chautauqua Dance’s second Student Gala, 12 pieces will be performed by the Workshop II dancers, festival and apprentice dancers. The performance is at 2:30 p.m. Sunday in the Amphitheater. On top of that, a few excerpts from Saturday’s Choreographic Workshop (see Page C5) will be performed.

“We already performed on stage at the Amphitheater, so we already know what that is like and it’s really amazing to do the same pieces and to do new ones because it’s wonderful choreography,” said Shelby Mann, a 13-year-old Workshop II dancer.

“They’ve just been a wonderful, cooperative group of kids every class,” said Maris Battaglia, associate artistic director of the Chautauqua School of Dance.

The Workshop II dancers will perform two pieces again: “Cinderella at the Ball” and “In Remembrance of the 15th anniversary of 9/11,” which presents a challenge for young dancers.

“It’s definitely difficult because a lot of us really [didn’t know] what was happening when it was happening, obviously,” said Gianna Dimassio, a 15-year-old Workshop II dancer. “A lot of people in it weren’t even born yet. So it was difficult, but I think we’ve heard a lot of stories from [Battaglia] and a lot of other people, too, so we’ve been able to really understand and to put that in motion into our dancing.”

The piece is inspired by Battaglia’s nephew. He escaped the 9/11 attack and carried a pregnant woman down 14 flights of stairs. Battaglia shares that story with the dancers and admits understanding that emotion can be hard.

But even with the struggle to relate and emote, the dancers find ways to embody the role.

“If you connect it to real-life events that have happened, like sad things that happened in your life, even though it doesn’t have anything to do with the dance that you’re doing, … it can really help out a lot in portraying the real emotions, not just the fake persona on stage,” said Lillie Jones, a 14-year-old Workshop II dancer.

This age is vital for young dancers to set the future of their dance careers, said Battaglia, who is also the director of the American Academy of Ballet in Williamsville, New York.

“It’s the most important years because their bodies change,” Battaglia said. “They’ve found out that they love the commitment or the commitment is too much for them. I have a large school. I have about 400 kids and your advanced level is much, much smaller than your younger levels because as they get older, they want to play sports and they want to do other things. A lot of them can’t make that commitment. … Everything that we do is working against nature. We weren’t born to walk like penguins.”

Coming from areas as close as Buffalo, New York, to as far as Tampa, Florida, the dancers have spent a month learning different styles and rehearsing every day.

“There have been things that I haven’t been able to grasp onto, where here, somebody different has said it in a different way, and that’s help me grasp onto it so that helped a lot,” said Taylor Naturkas, a 13-year-old Workshop II dancer.

Naturkas said she had to get used to getting feedback and working with new teachers and choreographers.

“Every teacher has different expectations and they teach a different style, so it’s interesting to mesh it all together and see where you should stand in all that,” Jones said.

No matter how many hours they’ve already put in that day or if they’re in the studio or on stage, Warren said they always have to be performing. But on stage, the steps only go so far.

“It’s not just about perfecting the technique and worrying about that the whole time, because that’s not what makes somebody feel something when you’re on stage,” said Adele Cardani, a 14-year-old Workshop II dancer.

The festival and apprentice dancers will revisit pieces from their work in the first Student Gala and the July 25 performance with the Music School Festival Orchestra. Those pieces include: faculty members Mark Diamond’s and Michael Vernon’s “Nightwatch” and “Czech Suite,” respectively, and master teacher and repetiteur Patricia McBride’s staging of “Who Cares?” by George Balanchine.

There will be two hip-hop pieces choreographed by Rachel Humphrey — “Let It Go” with the festival dancers and “More Than A Moment” with the Workshop II dancers. Festival dancers Elisabeth Baehman and Heather Duncan will perform solos, Jean-Pierre Bonnefoux’s “Mazurka” and a solo from Balanchine’s “Raymonda Variations,” respectively.

Another dance the students have performed before has a story behind it. Battaglia had to stop using “Time to Say Goodbye” by Andrea Bocelli to end her show because there was an argument over the rights. However, a previous student of hers had reached out to Bocelli and received a letter for Battaglia, letting her use the song.

Veronica Sullivan, a 13-year-old Workshop II dancer, said along with taking back tips and technique, the dancers have made friendships at Chautauqua they might not have otherwise.

After the hard work of long days filled with rehearsal and class, Naturkas said it’s worth it.

“It’s really nice though because you’re doing what you love every day,” Nartukas said.