In a career that lasted 70 years, Wright built 532 homes, museums and buildings in every region of the United States, more than 400 of which are still standing. His iconic structures include the Hollyhock House in Los Angeles, the Guggenheim Museum in New York City and Fallingwater outside of Pittsburgh.

But some of his best and most influential work was done in Buffalo, New York, in particular, the Darwin Martin House. And it was this work that put him on the map.

A documentary film “Frank Lloyd Wright’s Buffalo” will be presented at 3:30 p.m. Tuesday in the Hall of Christ, followed by a discussion featuring Mary Roberts, the executive director of Darwin Martin House Complex in Buffalo; David Rotterman of WNED, the PBS station serving Buffalo and Toronto; and Dennis Galucki, the founder of the Center for the Art, Architecture, History and Nature.

The story of Wright in western New York is inextricably linked to his relationship with Darwin D. Martin, a wealthy executive of the Larkin Soap Company, one of the nation’s largest retailers at the beginning of the 20th century. Buffalo itself was one of the 10 largest cities in America, and it attracted some of the top designers of the time.

In 1902, Martin and his wife, Isabelle, were looking to build a compound of homes for their extended family. They had their eyes on Oakland Place in the city’s tony Elmwood/Delaware district, according to Roberts. Martin’s brother William, who had become acquainted with Wright’s work in Chicago under the architect Louis Sullivan, recommended Wright.

Shortly thereafter, Wright appeared in Buffalo and he and Martin quickly developed a personal and professional relationship that would last more than 30 years, until Martin’s death in 1935.

Wright dissuaded the Martins from building on Oakland Place, instead advising them to buy several adjacent lots in the Parkside neighborhood, an area off Jewett Parkway created by the landscape architect Frederick Law Olmsted, Roberts said. 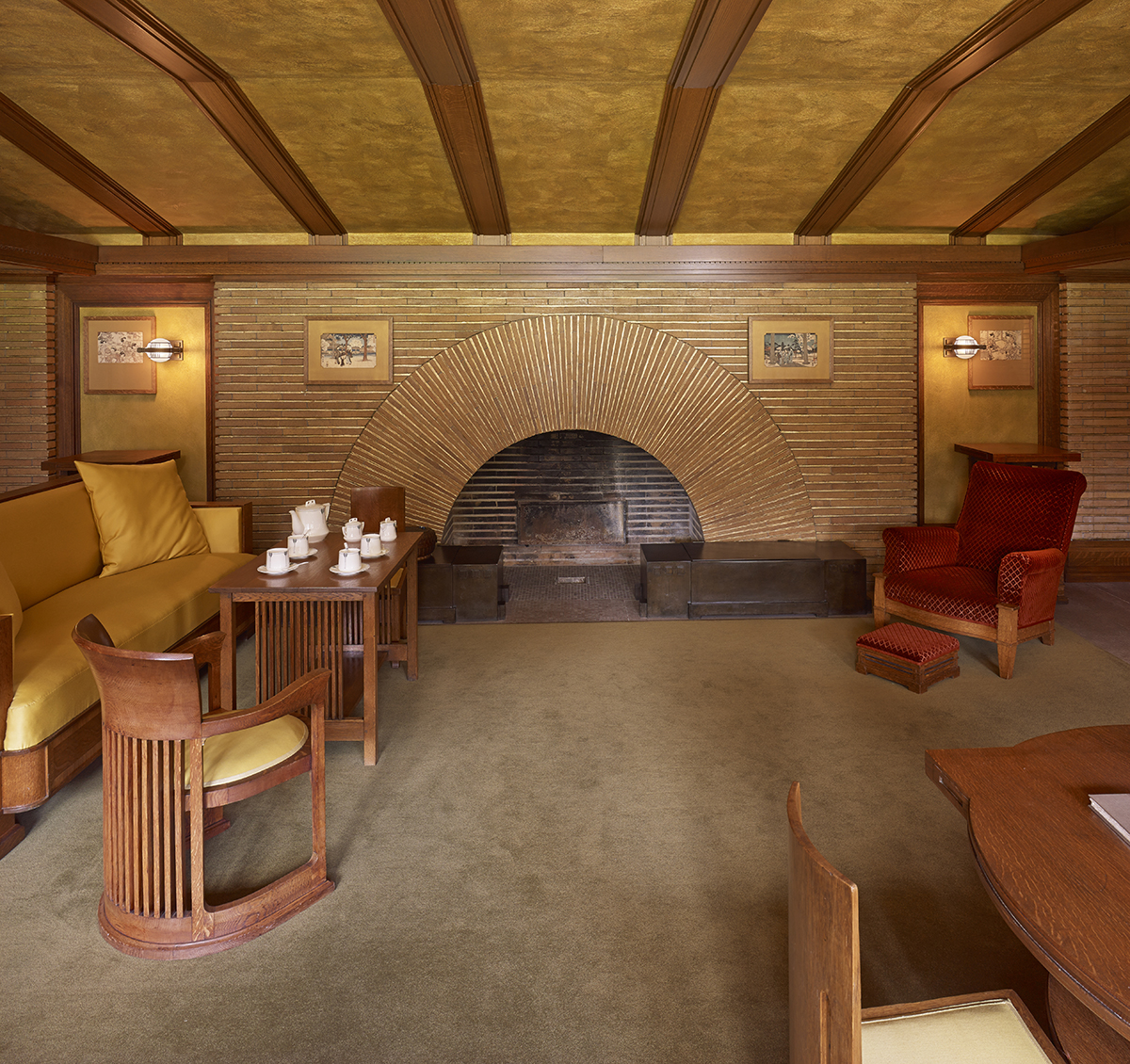 Wright designed a complex consisting of six buildings: a main house of almost 15,000 square feet for the Martin family; a pergola connecting that house to a conservatory; a carriage house, with servant’s quarters; a second home, called the Barton House, for Martin’s sister and brother-in-law; and a gardener’s house. It was built between 1903 and 1905.

The Martin family moved into the house in 1905. Wright went on to design an administration building for the Larkin Soap Company and two private homes for managers of company, all in Buffalo, and a summer home for the Martins on Lake Erie in Derby, New York, called Graycliff Estate.

“These Buffalo projects were Wright’s first important commissions, and really set him off on a national and international trajectory,” Roberts said.

The Martin House complex fell into disrepair in the 1930s after Martin’s death and was vacant for 17 years until a local architect bought it in 1954, Roberts said. The pergola, conservatory and carriage house were demolished in 1962, and three apartment buildings were built on the site. In 1967, the University of Buffalo bought the Martin House and used it for various purposes though the 1980s.

The house was declared a National Historic Landmark in 1986, and, in 1992, the Martin House Restoration Corporation was formed to oversee the extensive restoration of the complex, which began in 1997. In 2009, the Eleanor and Wilson Greatbatch Pavilion, a visitor and interpretive center designed by Toshiko Mori, was opened.

The complex thrives today as a museum of architecture and design and features year-round tours and educational programs.