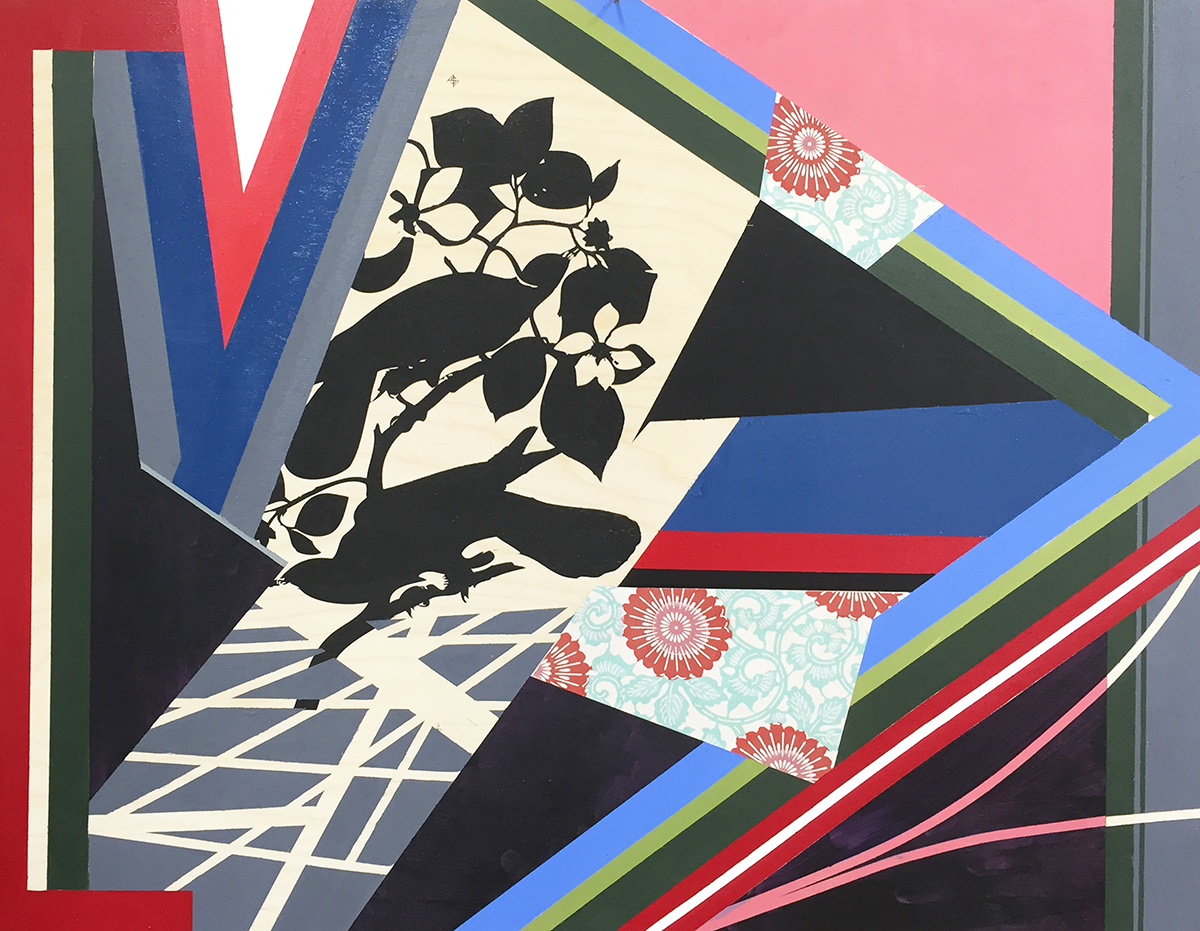 In his career, Tom Raneses has taken on roles such as curator, re-installation crew, art professor, master printmaker and since 1996, the head of printmaking at the School of Art.

Raneses has done so much that for his 7 p.m. talk Tuesday at Hultquist Center, the last in the season’s Visual Arts at Chautauqua Institution lecture series, he prepared about 175 slides before realizing he might need to scale back.

He said he will take audiences back to 2005, when he had a one-man show at Chautauqua, and talk about how his work has developed since then. A lot of the shifts have happened in the past three or four years, and he is more confident in his current pieces than things he’s produced before.

In the past, especially as a student, Raneses said his work was heavily influenced by what teachers he had and art movements such as the color field style that were popular in Washington, D.C., where he attended school and is based now. Although American University was strong in landscape and figurative painting, Raneses said he had to find his own niche and decide for himself what path was right.

He switched to printing and painting on wood, and his work relates to color, rhythm and texture. His current project, which he started about a year and a half ago, is a series of four pieces that combines printing and painting as well as a mixture of Eastern and Western aesthetics, Raneses said.

This “best of both worlds” was influenced by his own cultural background, as his mother was Italian and his father was Filipino. The silk-screen-printed birds and flower imagery were inspired by Asian printmaking and the perspective follows a Western tradition, Raneses said.

Another way his work has changed is that he now thinks in terms of setting up puzzles and solving them through his paintings. For instance, sometimes he restricts his use of color and only uses certain colors, or he will try to cohesively incorporate disparate techniques, such as silk-screen printing, painting on wood and employing Adobe Photoshop and Illustrator. Each piece is an attempt to solve the puzzles he created for himself, and thus Raneses said he never gets bored with his work.

“I don’t get to the point where I don’t know what to do,” Raneses said. “I really respond to certain problems and if it’s not solved in one painting it might be solved, I’ll take it to the next one. That’s why I believe in a series of works. ”

Through his art, Raneses explores ideas such as sustainability and questions related to personal identity and purpose, but he said his work does not deliver specific messages, and instead he is more curious about how viewers relate his pieces to their own lives.

Besides spending time on his own art, Raneses has taught at and curated shows for American University, made prints for other artists, helped reinstall a collection for the Smithsonian American Art Museum and this summer, he created and supervised the first-ever Steamroller Print Event at Chautauqua.

Raneses said he will touch on how the diverse array of jobs he’s held has influenced him as an artist, and how his past experiences will shape his future work.

“I’ve done a lot so I have a huge bulk of this work that I sift through and I go ‘Oh, that’s not a great path,’ ” Raneses said. “So now that I’m in the middle of the work, I’m starting to edit and say, ‘OK, that’s where I’ve been, that’s where I’m going.’ It keeps on fueling me.”