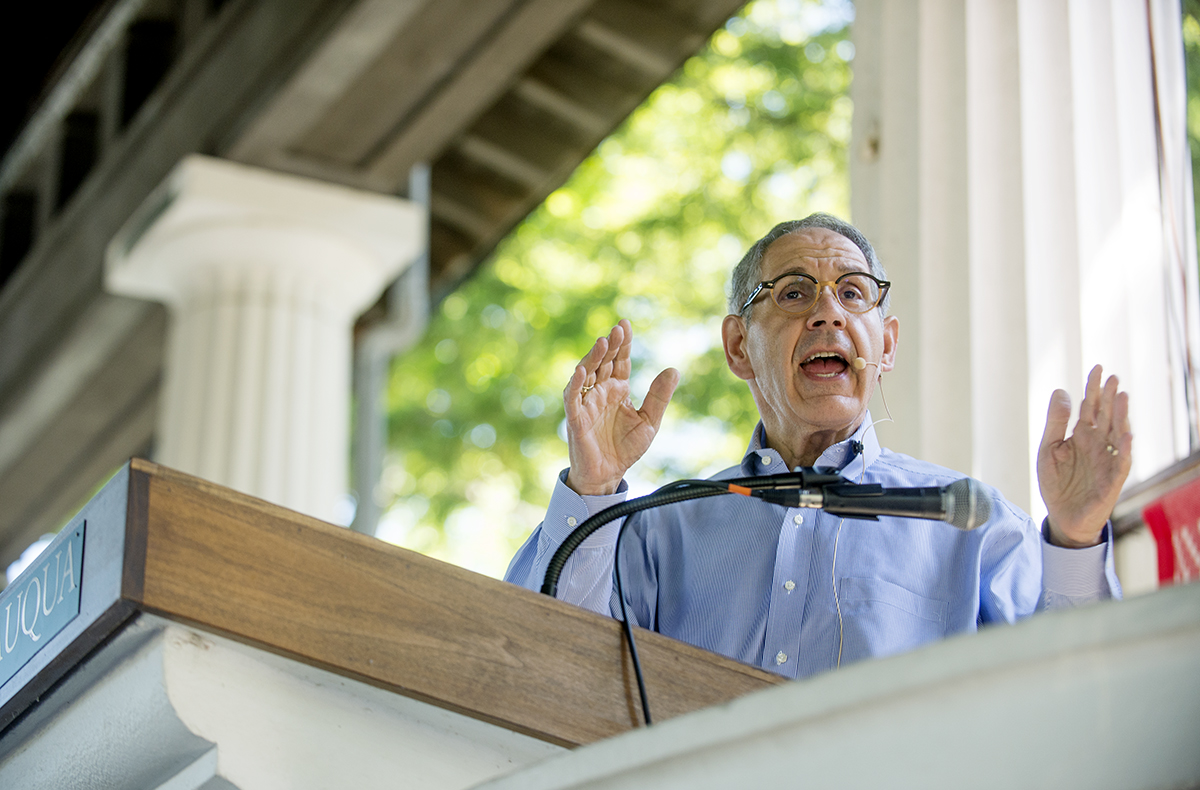 Rabbi Kenneth A. Kanter’s Friday lecture in the Hall of Philosophy was less of a lecture and more of a sing-along concert, bringing the audience back to the early days of American Broadway musicals.

Kanter, director of Hebrew Union College-Jewish Institute of Religion’s Rabbinical School, offered brief history lessons between his tunes, but he admitted that he’s an expert on Jewish contributions to Broadway, not black influences in the art form. Still, he did his research and touched on burlesque shows, songs from the Harlem Renaissance and tunes from the earliest musicals written by black Americans.

The main attraction was the music, and after a few apologies about his race and his gender, Kanter kept the songs coming.

“The first apology is that you have a middle-aged white guy standing up here singing African-American music from Broadway,” Kanter said. “Secondly, you have a man singing many of which are written for women to sing them. So this is going to be a little awkward.”

As Kanter sang, Chautauquans sitting in the Hall of Philosophy and in surrounding lawn chairs followed along with lyrics printed in Friday’s issue of The Chautauquan Daily. Many who knew the songs sang along as Kanter closed Week Nine of Interfaith Lectures, themed “America’s Spiritual Songbook,” and the season’s series as a whole.

The tunes started with 1921’s “I’m Just Wild About Harry.” The crowd swung along to Duke Ellington’s “It Don’t Mean a Thing” and sang the sweet notes of 1929’s “Honeysuckle Rose.”

“How many know this song?” he said. “Alright, I’m expecting you to sing. Here we go.”

The lecture was titled “The Black Voice on the ‘Great White Way.’ ” The
“Great White Way,” Kanter explained for those who didn’t know, is an old term for the bright white lights of Broadway.