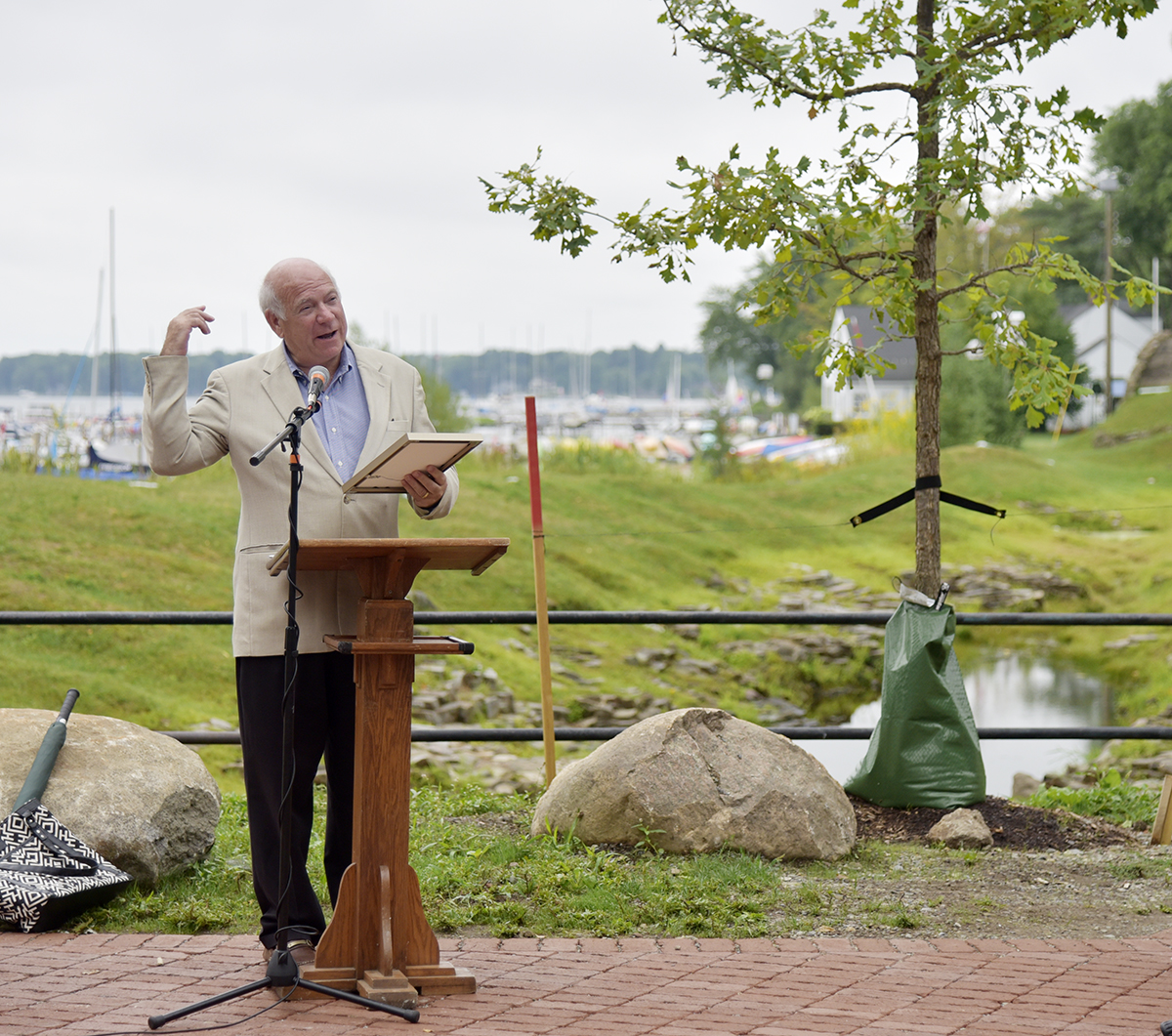 If Tom Becker were a tree, he would be a bur oak.

“It isn’t one standout characteristic that makes the bur oak the perfect tree,” said Supervisor of Gardens and Landscapes Betsy Burgeson. “It’s the combination of numerous admirable traits that make the being something that can elegantly withstand stress, drought, pollution — a magnificent creature, indeed, and one that anyone who gets to stand near will look up to and admire the simple, calming force that is the bur oak.”

The Bird, Tree & Garden Club dedicated one such tree Monday at Miller Park to Chautauqua President Tom Becker, who will step down from his position at the end of 2016. Monday’s ceremony follows a number of trees dedicated to departed Institution administration, including former vice president and director of programming Marty Merkley, former director of operations Doug Conroe and former director of religion Joan Brown Campbell.

Institution Archivist and Historian Jon Schmitz remarked to the crowd the weight of the tree’s location, Miller Park. Right on the lake, it was where the first assembly members arrived via steam ship. They would disembark, Schmitz said, to gather in the auditorium where Miller Park currently sits.

“This was where worship, lectures and programs took place,” he said. “It was an outdoors auditorium, with a small speaker stand and benches set up between the trees and pine tar lamps on top of poles to provide light for evening programs.”

Between 2,000 and 3,000 people witnessed the opening of the first assembly in the auditorium, Schmitz said, and thousands more joined over the course of the season. Eventually, sheer numbers required a larger venue, which eventually came to fruition with the Amphitheater.

“Although it is no longer the center of programming, it is certainly still at the center of Chautauqua’s memory,” Schmitz said of Miller Park.

The tree will complement another oak overlooking Children’s Beach, adjacent to Palestine Park.

Caroline Bissell, BTG board member, closed the ceremony with an original poem dedicated to Becker. The poem reads like a nursery rhyme, concluding with one sentimental couplet: “Chautauqua will flourish and be cherished by all / And who like Tom Becker will answer the call?”