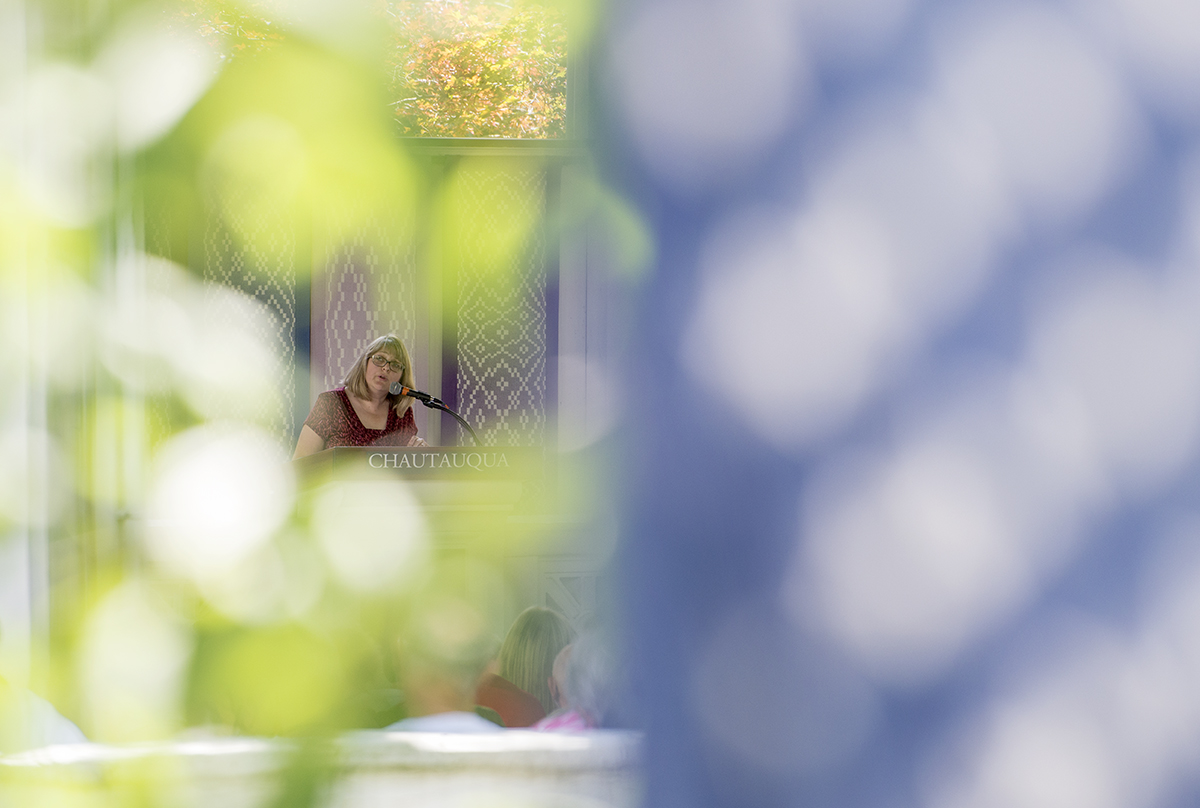 Looking out upon the sprawling smog-scape of 19th-century London, William Blake decried the “dark, satanic mills” that had replaced the pastoral agricultural landscapes. If anything, he was ahead of his time.

The next two centuries would see cities across the globe become the center of unprecedented industrialization and pollution to the point that governments ordered air-quality alerts and recommended people wear surgical masks on the streets.

Her reasoning, as she explained in her Interfaith Lecture Monday in the Hall of Philosophy, is neither straightforward nor simple. It involves an understanding of ancient Israelite views of Babylon and Jerusalem, knowledge of ancient Greek routes and, perhaps, a belief in tomorrow.

To understand how cities are sacred, Bass said, one first needs to understand that the Bible hates cities. In the creation story, humanity is created in a fertile garden, Eden. Built after humans are cast out, the first city is founded by the first murderer, Cain, who slew his brother Abel. Cain names it after his son, Enoch.

“This is a pretty powerful gut-wrenching archetype at the very beginning of Scripture that violence begets the urban landscape,” Bass said. “And there are many ways in which the Book of Genesis is that tale. It is the tale of Enoch vs. Eden.”

Cities in the Bible then become complicit in violence and death, Bass said. The next Biblical city is Babel, Bass said, whose people are punished not for trying to reach God with their tower, as is often thought, but for trying to embolden themselves. The word used for the Tower of Babel is actually the same word, migdal, the Bible uses for the Citadel.

The people of Babel, therefore, used their creative energies to invent brick and then used it try and build the largest military structure. In doing so, Bass said, they became a symbol for all imperial cities, centers of empire that centralized resources in authority figures and enslaved people to enrich itself.

“The point of this story is not human quest for God,” Bass said. “It’s about human tendency to use creativity to create structures for oppression.”

So why does the Bible hate on Babel? According to modern Biblical criticism, the story was written during the sixth century, when the Babylonians conquered Israel and exiled the people to Babylon. The Israelites hated that new city and longed for Zion, Bass said, and in the contrast they drew between Jerusalem and Babylon, the spiritual potential of a city emerges.

There are three Greek words for city: metropolis, polis and cosmopolis. Babel and Enoch are polises, Bass said. Combining the roots “metro” and “polis,” however, metropolis means quite literally “mother-city,” and that’s precisely how Israelites saw Jerusalem, Bass said. The Biblical Hebrew word for city, kiryah, is also feminine. So the Bible often describes the city as a mother or faithful bride.

“The metropolis is not envisioned as a city of empire with its fortress that goes up to God, but this is the city of the temple, the center of the world whose beating heart is the womb of all of the goodness of humankind,” Bass said.

And yet Isaiah also describes Jerusalem as a harlot, a holy city prone to stray from its pious ways. For that reason, Bass turned to the third type of city: the cosmopolis, or world-city.

That is the city envisioned in Revelation, Bass said. In that vision, murder, crime and oppression have ended, every human dream has been fulfilled, and all Creation lives in harmony with God.

It is that vision of the cosmopolis that God extends to the whole world in the modern epoch. In an increasingly interconnected world, Bass rejects the view of globalization, which she called a top-down process that tries to link all people in a single market chain that does not benefit everyone.

Instead, she took the word cosmopolis and made it cosmopolitan. She said that vision of God’s city can come alive in a new world of cosmopolitans, global citizens recognizing their shared humanity and learning to share the Earth.

“I’m not saying that cosmopolitanism is the new Jerusalem,” Bass said. “But what I am saying is that there is emerging among us an awareness of what we share, a revelation that every tongue, tribe, people and nation somehow are in this human project together and [with] this sharing of a different kind of city, a different kind of citizenship, it can be holy.”

Morning Worship Column: Newell Urges the Church to Reweave Spirituality to Include the Natural