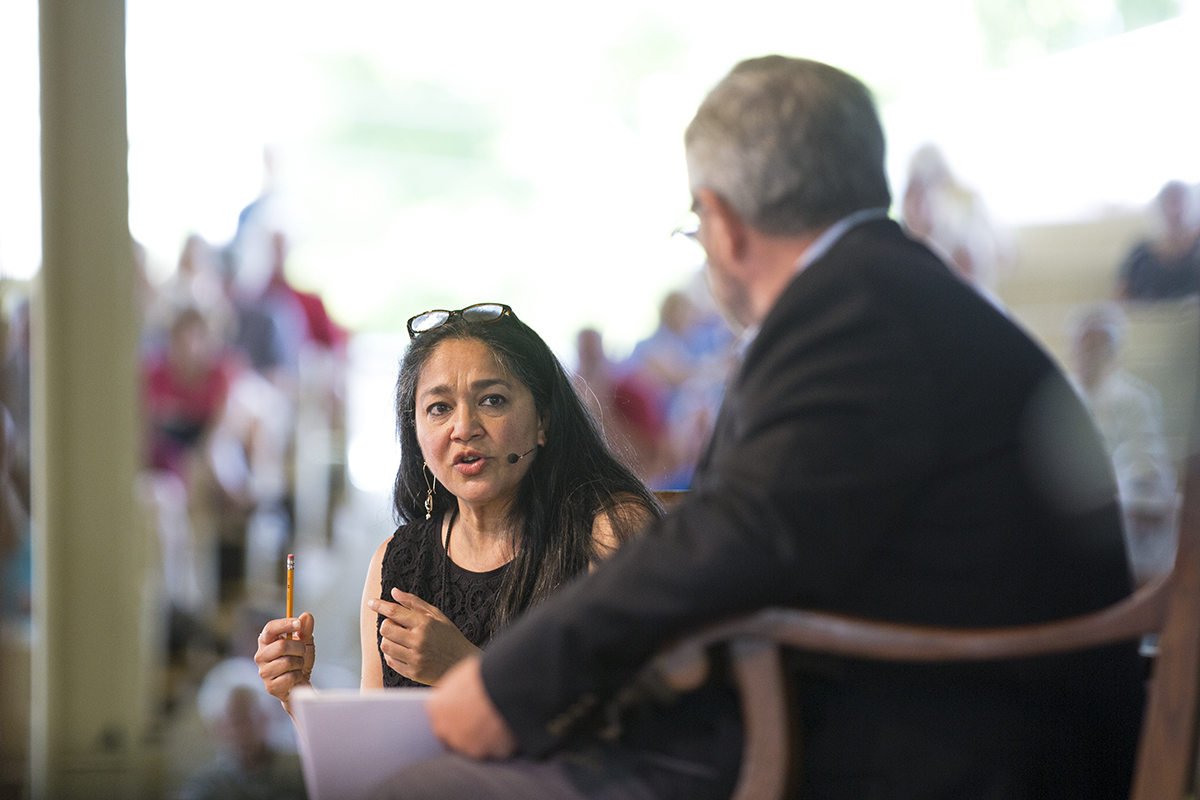 The largest amount of growth across the globe will occur in small, developing cities like Mangshi, China; Hosur, India; and Segura, Spain. Over the next five years, the majority of population growth will occur in smaller cities with populations ranging anywhere between 300,000 and 1 million people.

George W. “Mac” McCarthy, president and CEO of the Lincoln Institute of Land Policy, and Neema Kudva, associate professor at Cornell University’s College of Architecture, Art and Planning, discussed the importance of smaller cities during the 10:45 a.m. Thursday morning lecture in the Amphitheater. They focused on how understanding the way small cities work will help those cities develop and become both resilient and sustainable.

“These [are] small places we know very little about,” Kudva said. “Despite the fact that the demographic bulk of the … population lives in smaller places, we don’t have much knowledge about them. We don’t know about their histories. We don’t know what makes them grow.”

Researchers studying smaller cities still don’t know the reasons behind some of the facts they’ve discovered. For example, though it is known that cities 200 miles or more away from large cities with strong economic centers are more likely to have high poverty levels, the reason why remains unknown.

Part of the issue, according to Kudva, is that many city planners and researchers are looking at all cities within the same context. However, there are many contextual differences between a large megacity such as New York City or London and a small Indian city.

McCarthy said the national government treats megacities like first-born children, giving them all the attention. Smaller cities tend to slip under the radar of the government.

“As you get to smaller and smaller cities, national policies almost ignore them,” McCarthy said.

“These are places … that are under-equipped to deal with this because they don’t even have trained personnel,” McCarthy said. “They don’t have good connections with their state or national governments. They don’t have autonomy. They can’t decide what they want to do on their own, and, at the same time, they can’t prevent people from moving in.”

Kudva specifically focuses on the rapid growth of smaller cities in India. More than 50 percent of India’s population reside in rural areas. However, in the next five years a 15 percent increase of population in cities with 1 to 5 million people is expected.

“I think we can safely say that we’re going to make it or break it in India in terms of whether or not we solve this urbanization challenge,” McCarthy said.

India, however, is not prepared for that rapid increase in larger cities. Kudva said there are 11 accredited city planning programs in New York and Massachusetts combined. India has 14 total planning programs for the entire country. More planning jobs are available in the industry than there are people heading into it.

“That is the manpower challenge we have in terms of really thinking about a profession that is geared toward understanding cities, generating knowledge about cities and managing cities,” Kudva said.

McCarthy and Kudva agreed that knowledge of those smaller cities and their histories creates more results than relying on precedents set by large cities such as Chicago and Paris.

As those smaller cities grow, it is important to pay attention to the details that make them unique or the specific challenges to that city in order for that city to overcome challenges and prosper. Kudva cited transportation, access to clean water and proper waste management as some challenges Indian cities face.

“Because people on this planet have chosen to live in cities, we have to find a way to make cities work for the planet,” McCarthy said. “The cities that need it the most now are the cities that are going to become objects of attention for many of us.”