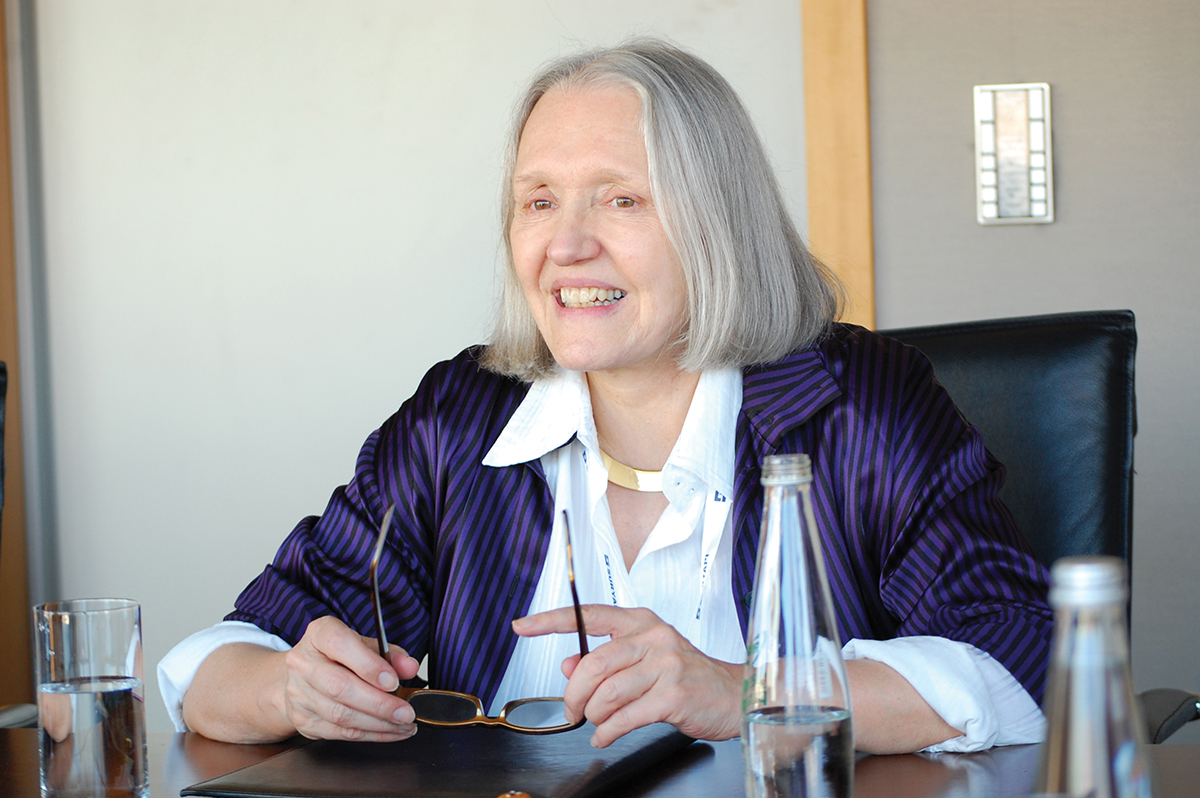 Starting in the 1920s in New York, black artists, musicians and writers spawned a Harlem Renaissance that celebrated African-American expression in an era of widespread racism following the Reconstruction and the Civil War.

Such a dazzling movement that made Harlem a cultural center could have only started in a city, said Saskia Sassen, the Robert S. Lynd Professor of Sociology at Columbia University.

And at 10:45 a.m. Friday at the Amphitheater, she will be speaking on Week Six’s theme of “The Future of Cities,” as well as discussing her book, Expulsions: Brutality and Complexity in the Global Economy.

Sassen also recently finished a multi-year project on cities, violence and asymmetric war, in which she and other researchers studied cities across the world such as in Central African Republic and Iraq.

Cities are where major changes in the national and global economy make themselves visible, and where the powerless can make history, Sassen said. In a city, immigrants can take over a neighborhood and create their own community and culture, like they did in Harlem, whereas they could not do the same in controlled environments such as an office park, gated community or a corporate farm.

And even with concerns regarding mass surveillance and the National Security Agency leak, Sassen does not see cities transforming into Orwellian, 1984-esque dystopian systems where people cower under constant government watch.

“Cities cannot be fully controlled,” Sassen said. “There’s too much diversity, too much going on at the same time, too many digital networks getting in the way of the surveillance.”

However, she said the development of cities could go in two different directions: the positive one is where more people realize cities are where major trends play out and can implement initiatives for better public transit, smog reduction, solar panels and more.

The not-so-positive direction would be one where neither the leadership nor residents of cities care about major challenges facing the world and only care about preserving the power of the elite, Sassen said. And even though cities such as Seattle have been able to unite people over shared causes like sustainability, social issues surrounding medical services for the poor or the improvement of public schools are much harder for people of different classes to agree on.

However, there are still ways in which citizens can fight back against injustices, Sassen said. They can report to the media about unmanageable housing prices or gentrification forcing out the poor, and demand their governments to make reasonable changes.

Although the Harlem Renaissance was in the past, Sassen said, modern movements such as Black Lives Matter have shown that mass uprisings in cities across the United States are still possible in today’s world and can raise awareness of pressing issues.

“There is a profound injustice at work in a society like the U.S. nowadays. It operates in many domains, from inequality to police abuse of minorities,” Sassen said. “Mobilizations of people do not give people real power to change these conditions, but they do signal to other citizens and communities and survivors of all kinds of abuse, that they can also mobilize. … At some point, the political classes take note.”

One of the more equalizing territories that both rich and poor people can access is social media. Sassen specifically cited of the recent case of a woman in Minnesota capturing video from inside a car, through Facebook Live, of the aftermath of a police officer shooting and killing her boyfriend, Philando Castile.

“Everybody today has a phone that they can take a picture with,” Sassen said. “That shows again how a mass of people, distributed all over the place, can form a movement and that shows that journalists will pick up on that. Someone can say, ‘I’m part of a larger group of people.’ It adds meaning.”