Bill Neches just wants to give back to Chautauqua.

That’s why Neches, current president of the Chautauqua Property Owners Association, is now seeking a spot on the Institution’s board of trustees.

“I feel as if this is a calling to help our community,” Neches said. “Chautauqua has given me 25 wonderful years of being part of the community and this is my way of giving back to the community by time and effort and expertise.” 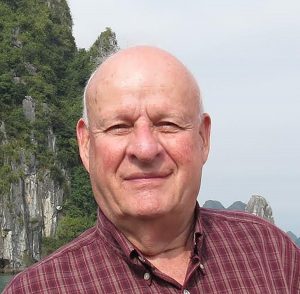 Neches will be presented as the CPOA nominee for an open seat on the Chautauqua Institution Board of Trustees at the Chautauqua Corporation annual meeting, at 10 a.m. Aug. 13 in the Hall of Philosophy.

James Klingensmith, Greg Miller, Bob Jeffrey and Hugh Butler are the current Class B trustees. CPOA’s nomination puts Neches on the ballot to fill the spot held by Miller, whose term expires in the fall. Any potential challengers were required to submit their names to the Chautauqua Corporation secretary by the close of business Wednesday.

Neches is probably best known for his efforts to improve street lighting on the grounds, and for helping create Chautauqua-specific packages with Time Warner Cable.

“I think the difference is that the property owners association may have more of the pulse of the community at this point because we gather together and we’re meeting every other week,” Neches said. “But I think that’s also changing and the board of trustees is making a real effort to get out into the community and solicit community opinions and get feedback.”

Having served as CPOA president for two years, Neches previously chaired its Outdoor Lighting Committee. He has no plans of stopping involvement in CPOA committees.

“I will continue to serve on the Outdoor Lighting Committee and on the Safety and Transportation Committee because I believe in those things,” Neches said. “I don’t think being on the board of trustees will be a conflict to serve on either of those two committees of the CPOA board.”

When he’s not in Chautauqua, Neches and his wife of 54 years, Ellen, reside in Kensington, Maryland. They have two children and three grandchildren.

According to the biography submitted for his nomination, Neches earned a Bachelor of Arts in zoology from Syracuse University and an M.D. from SUNY Downstate Medical Center in Brooklyn, New York. He was a pediatric cardiologist and also founded the “Dr. Bill Neches Heart Camp for Kids,” providing a summer camp experience for kids with heart disease.

Neches also served as a major in the Reynolds Army Community Hospital in Fort Sill, Oklahoma. He is professor emeritus at the University of Pittsburgh School of Medicine.

Neches and his wife have introduced four generations to Chautauqua: themselves, Neches’ father, and their children and grandchildren.

His goals if elected will be to assist the board in meeting its priorities, as well as working to finalize plans to implement new street lighting on the grounds.

“I think I can contribute my talent and knowledge to the various things that happen at the trustee level,” Neches said. “I don’t know which committees [they would] ask me serve on, … but I think I can be productive. I think I can be of value in providing input into the workings of the Chautauqua board of trustees, even more so than I’ve been able to do as the president of the property owners association.”