Longtime Chautauqua Institution lecturer Michael Sandel, Anne T. and Robert M. Bass Professor of Government at Harvard University, will take the stage at 10:45 a.m. August 12 in the Amphitheater as he injects the audience with dialectical thought. 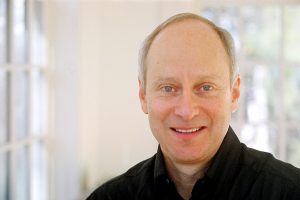 An ancient Greek scholastic method of instruction, it utilizes members in the symposium, in this case, Chautauquans in the Amphitheater, in open civil discourse. Sandel will act as both a mediator and conversational compass.

“It is teaching and learning from participation,” Babcock said. “It’s a rather amazing teaching tool. He doesn’t tell you what to think. He asks you to think, and by drawing out what you think, he teaches the rest. And he will help you sort out the theoretical boundaries of what it is that you’re saying.”

Sandel’s doesn’t come in the capacity of a truth-teller. Instead, he’s more of a gadfly, an irritator of sorts, looking to edify the audience to the strengths and foibles of their arguments and proposed notions.

The Week Seven theme “Pushing Our Bodies’ Limits” offers itself as an ideal platform for Sandel to investigate with Chautauquans.

“Michael is going to sum up and work with us about what we heard and what we think and where the ethics are,” Babcock said. “It allows us to have questions in the way not ‘How does it happen?,’ but ‘What do we really think about it?’ He does seek to not have a neutral point of view, but make sure that all points of view that are in the audience are going to be expressed.”

For a man who, as senior class president in 1971 at Palisades Charter High School, coerced the then-governor of California, Ronald Reagan, with a box of jelly beans to attend his high school open forum debate, digesting numerous perspectives into a legible one-hour-and-15-minute discussion seems like a cakewalk.

Besides indulging in the habitual tides of civil argument, there’s other motives to return to Chautauqua this particular year.