The CSO Hosts a ‘Night at the Movies’ 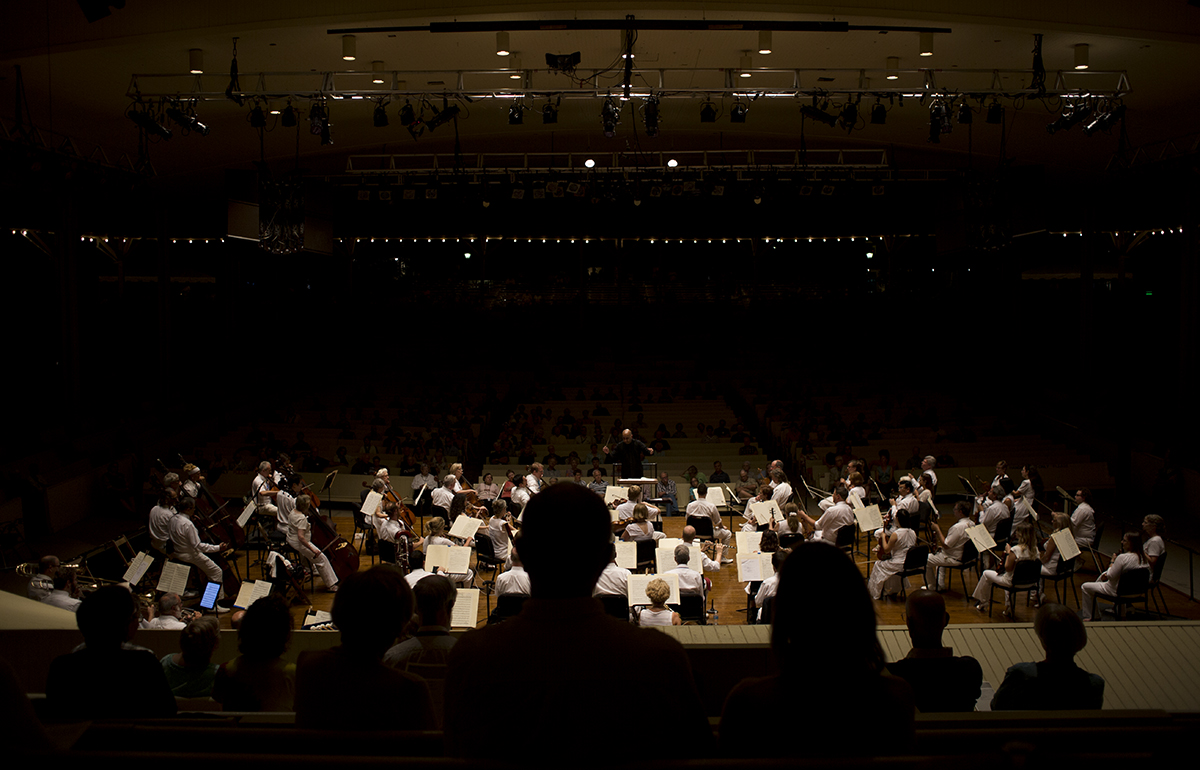 Rossen Milanov, conductor and music director of the Chautauqua Symphony Orchestra, said he thinks a partnership with the Columbus Symphony Chorus is a wonderful way to end his residency here at Chautauqua Institution this summer.

So, the CSO will be joined by about 130 singers, including soloist mezzo-soprano Amanda Lynn Bottoms, at 8:15 p.m. August 20 in the Amphitheater to perform a concert titled “Night at the Movies.”

The first half of the concert will feature the mostly tunes from “Star Wars,” including the most popular songs, such as “Main Title from ‘Star Wars’ ” and “The Imperial March (Darth Vader’s Theme).” Other lesser known pieces will also be included to incorporate more chorus parts, such as “Battle of the Heroes” and “Duel of the Fates.”

The CSO and Columbus Symphony Chorus will also play “Hymn to the Fallen” from “Saving Private Ryan.”

Milanov said he expects John Williams’ compositions to bring much popular appeal to the show.

The second half of the show maintains the movie theme with Sergei Prokofiev’s “Alexander Nevsky,” Op. 78.

Prokofiev was one of the greatest Russian composers, according to Milanov. He preceded what people did with “Star Wars.”

Prokofiev, Milanov said, described important events in the history of Russia and their battle with the Teutonic Knights. Similarly, “Star Wars” illustrates an imaginary battle in the future, he said.

“Both of them deal with the same sense of spectacle and drama,” Milanov said.

Milanov said the addition of the chorus does not change the way he conducts the orchestra. He only urges audience members to get to the Amphitheater early because the chorus will be in the choir loft.

After his second season in the role, Milanov said he looks forward to the returning guests and new beginnings that come with each CSO season.

“The Columbus Symphony Chorus is going to be here next year for the opening of the new Amphitheater,” Milanov said. “And we are doing together with them Beethoven’s Ninth Symphony. It will be a very good introduction to the Chautauqua community.”

On a personal note, Milanov praised Chautauqua Institution’s encouragement and appreciation of music.

“I am just very happy that the symphony here has been received so well. I know this is my last concert, so I would like to thank our audiences for their incredible support of the symphony and me,” Milanov said. “I am really looking forward to next summer. Hopefully in the new Amphitheater we will continue with the exciting programming and creating great and memorable events.”