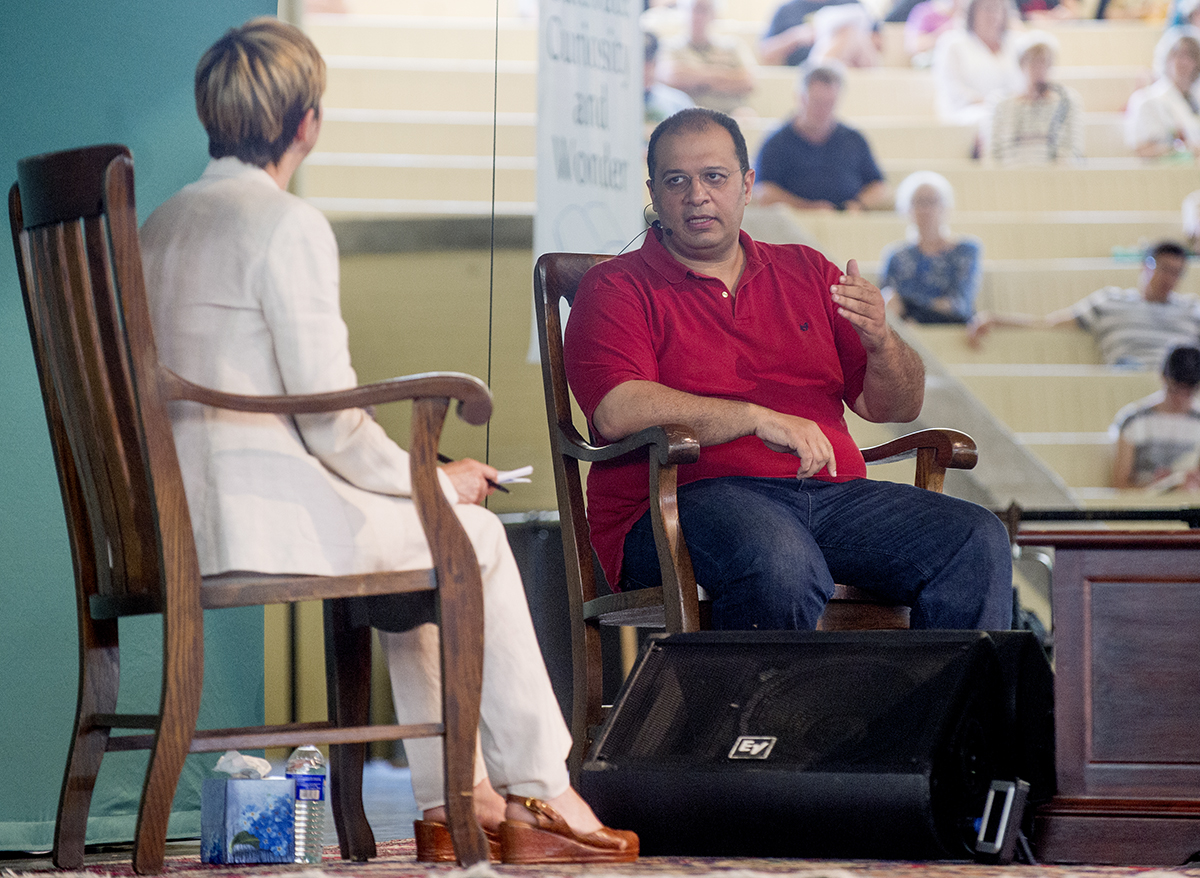 Cairo-based architect and urban planner Kareem Ibrahim referred to the 21st century as the “era of cities” — in his native country, Egyptians occupy only 8 percent of the land. He described Cairo’s streets as crowded and dense with a large amount of houses crammed in a small area.

Ibrahim and Michele Dunne, director and senior associate of the Middle East Program at the Carnegie Endowment for International Peace, spoke about the future of Cairo and the relationship between the government and citizens during the 10:45 a.m. Wednesday morning lecture in the Amphitheater.

Ibrahim spoke about the failed attempts of the government to solve the housing problem. The government built two new cities, which Ibrahim dubbed as “New Cairo,” built 20 years ago to the east of Cairo, and “Newest Cairo,” even farther east. However, less than 20 percent of those new cities are occupied.

The idea of building new housing units like the ones in the Cairos is not a new concept, Ibrahim said. For many years leaders believed the “1 million housing unit solution” would be the answer.

However, despite the number of new developments, the issue remained unresolved. In 2007, 7 million houses in Egypt were still empty, which was enough buildings to hold 30 percent of the Egyptian population.

Ibrahim said the government didn’t consult the citizens of Cairo before building those new developments. Instead of using resources to address the needs of citizens, the government built those new, “fancy” houses — disregarding the fact that 40 percent of Egyptians live below the poverty line. Many citizens didn’t see the new developments as an opportunity because they were not affordable or close in proximity to jobs.

“This takes a huge priority,” Ibrahim said. “[It consumes] a lot of our resources to come up with these cities. In fact, they invest a lot of money in it.”

There are some efforts to bring the new developments back into the market. Ibrahim discussed “Cairo 2050,” a plan to create green spaces, wide avenues and new tourist sites in historical places such as the Pyramids of Giza. That plan would allow Cairo to be a socially and economically developed city, Ibrahim said.

The plan would also reduce densities in the city, which suffers from congestion, solid waste management issues and little access to water and electricity.

However, Ibrahim said that project faces two key challenges that are not unique to Cairo, but exist in many cities around the world. The first issue is the failure of urban governance, which means Egypt has no elected officials. The second issue is the small amount of money allocated for projects at the local level.

Only 12 percent of the national budget is reserved for the local level. Half of that 12 percent goes toward salaries, which leaves a citizens with between a 6 and 7 percent share to take care of local neighborhoods.

“This means that you’re completely helpless at the local level to achieve anything,” Ibrahim said. “You’re receiving too little money, and you cannot [do anything] by yourself. You have to wait for the central state to get to you.”

Part of the difficulty in enacting any change to improve living conditions in Cairo is the lack of politics in the country. Dunne alluded to the Tuesday morning lecture with Gov. Sergio Fajardo of Antioquia, Colombia. Fajardo joined politics to influence change in his city Medellín, which was suffering from destruction and static government.

Dunne, however, said becoming a politician or working with politicians is not an option in Cairo, especially because politics at the local level are almost nonexistent. Dunne said the government seems largely unresponsive to the needs of the citizens.

“We have a situation where the normal political tools of elected officials and holding them accountable for delivering and so forth is not really available to Egyptians,” Dunne said. “They’re having to look for some other ways of getting around problems.”

Ibrahim said the government believes building new cities will create construction jobs that will boost the economy. The numbers have not supported that belief. He said the huge investments in housing have only been responsible for 1 percent of the national revenue.

Egypt is investing 50 percent of the national budget into the new cities where only 2 percent of the population resides, Ibrahim said. As a result, education is lacking in Cairo. Dunne said Egypt’s education system is ranked among the lowest in the world.

“It is not, in my view, an engine for development,” Ibrahim said. “There is a social and economic and, more importantly, an environmental cost to that because the more you build [those] cities, you deprive more of the existing population.”