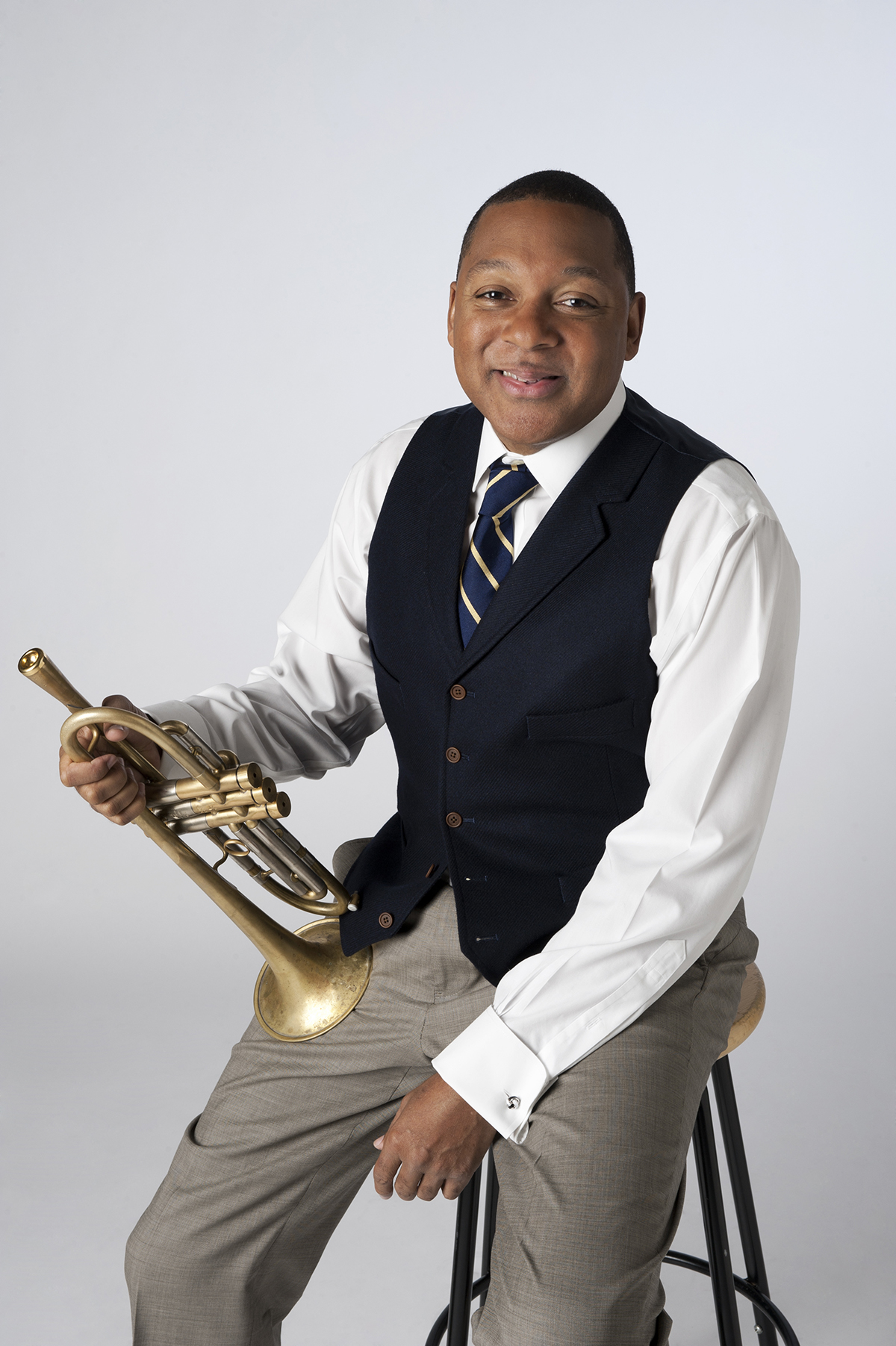 At 6 years old, Wynton Marsalis already had a trumpet in his hands. Growing up in New Orleans in the 1960s, music surrounded Marsalis both in his community and within his family.

His father Ellis Marsalis Jr. performed as a jazz pianist, and young Marsalis grew up with the sounds of jazz — saxophones, pianos, trombones and guitars all fusing together to make a swinging melody and a truly American style of music.

Marsalis will discuss the history of jazz music and how music has transformed within American culture at 10:45 a.m. August 22 in the Amphitheater. In between speaking, Marsalis, along with a quintet of musicians, will demonstrate the variations of music through song.

The lecture, titled “The Ballad of American Arts,” kicks off this week’s theme “America’s Music with Wynton Marsalis and Jazz at Lincoln Center.”

Marsalis will use a combination of history and music to tell the story of American culture and the transformation of the arts from the establishment of the Constitution to modern society.

Marsalis, managing and artistic director of JALC, founded the organization in 1987. The mission of JALC strives to “entertain, enrich and expand a global community for jazz through performance, education and advocacy.”

Education has always been important to Marsalis. His father was an educator at the New Orleans Center for Creative Arts, the University of New Orleans and Xavier University of Louisiana. Throughout his career, he influenced a number of iconic musicians including Harry Connick Jr. and Terence Blanchard.

“This has been a cornerstone of Wynton’s goals in life and music nearly from the beginning of his career,” Hawkins said. “It’s something that he feels very passionately about and is able to speak about, I think, to a really remarkable and in depth degree.”

Vice President and Emily and Richard Smucker Chair for Education Sherra Babcock said the quest to get Marsalis to Chautauqua Institution began after Bob Lynch, president and chief executive officer of Americans for the Arts, came to Chautauqua to speak in 2011.

Babcock said she and President Tom Becker traveled to Washington, D.C., to the Americans for the Arts headquarters, where Marsalis had given the 2009 Nancy Hanks Lecture on Arts and Public Policy.

Babcock and Becker listened to a recording of Marsalis’ lecture and knew it would be perfect for the Institution. She said it was difficult to get a date figured out because JALC often travels abroad doing shows in Europe during the summer. Today, seven years after the original lecture, Marsalis will take the stage to tell the Chautauqua audience “The Ballad of American Arts.”

“[The lecture] was such a good synopsis of American music, and it was so interesting,” Babcock said. “One of the things that is really important to JALC is education.”

“In a way this ‘Ballad of the American Arts’ serves as sort of a framing, but it’s also a call to action, and that’s why I think it’s so wonderful that it’s at the beginning of the week,” Hawkins said. “For people who are interested in the whole week, this is really a beautiful summation and almost prelude to everything else they’re going to be able to see that week.”