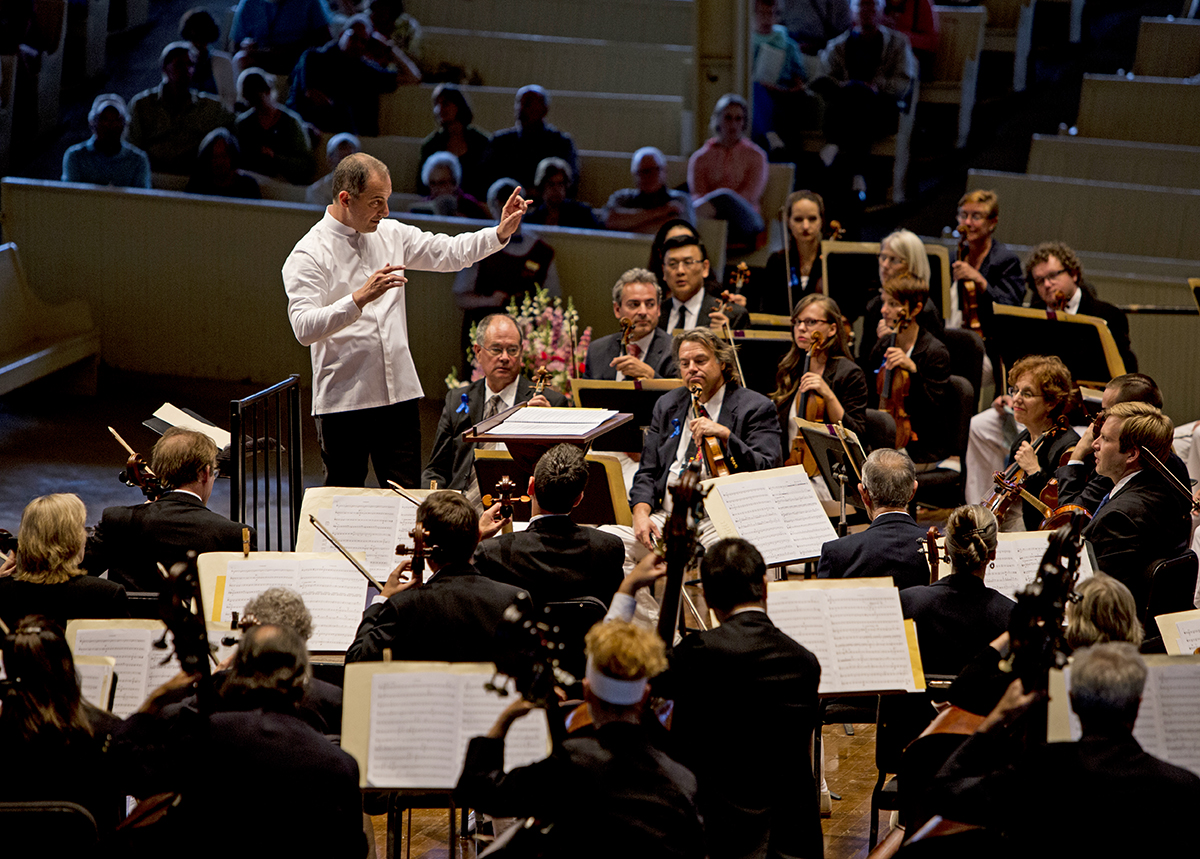 The Chautauqua Symphony Orchestra is back for its 89th season as the resident orchestra of Chautauqua Institution.

At the close of last season, it wasn’t clear whether this would be the case. A protracted and acrimonious labor dispute between the musicians and Institution management was eventually resolved in January.

This year, Chautauquans can expect a summer of innovative programming and some new music alongside the well-worn staples of the symphonic repertoire.

The CSO has a history of supporting opera and dance productions on the grounds. Vice President and Director of Programming Deborah Sunya Moore said joint efforts among the arts will be a focal point this season, starting with a special matinee concert.

“Until two years ago (the CSO) had not done a matinee in at least 10 or 15 years, and we had done it in the middle of the season,” Moore said. “Now we’ve bumped it up and we’re doing it on what would be our second Sunday.”

The matinee, which will take place at 2:30 p.m. Sunday, July 2, in the Amphitheater, will include contributions from the Charlotte Ballet and the Chautauqua Opera Company.

The arts will also converge on July 22 with the premiere of a brand-new work by American clarinetist and composer Derek Bermel. The piece, called “Mango Suite,” is based on the novel by Sandra Cisneros. The work will incorporate elements of theater, opera, literature and dance, all of which will be tied together by Bermel’s all-embracing music. Cisneros’ The House on Mango Street is one of this year’s Chautauqua Literary and Scientific Circle reading selections.

An entire evening, on July 25, will be devoted to the music of Cuban composer and pianist Aldo López-Gavilán. Conductor Daiana García, who also happens to be López-Gavilán’s wife, will lead the CSO. López-Gavilán and the Harlem Quartet shared a program on the Logan Chamber Music Series last year.

Christopher Theofanidis, Arvo Pärt, Steven Mackey, and film composer John Williams are also among the living composers whose music will fill the Amp.

The rest of the orchestra season comprises more traditional works from the orchestral canon. Symphonies by Mahler, Beethoven, Tchaikovsky, Dvořák and Shostakovich will be some of the most familiar works. An all-Wagner program, on July 18, will include well-known passages from the epic Ring cycle.

CSO Music Director Rossen Milanov tries to program a handful of large-scale, ambitious works each season. Most festival orchestras, in which the musicians don’t perform together for most of the year, tend to program conservatively for practical reasons. But considering each CSO concert comes together in about two rehearsals, Chautauquans have a unique chance to hear massive, intricate pieces like Mahler’s Symphony No. 5 or Beethoven’s Ninth Symphony.

“We don’t want to stay away from pieces with big important messages and complex instrumentation and technical challenges,” Milanov said.

Independence Day at Chautauqua would not be complete without the CSO. Conductor and CSO timpanist Stuart Chafetz will lead a to-be-announced program of lighter fare.

Other guest artists throughout the season will include pianists Orion Weiss and Nikita Mndoyants, violinist Anthony Marwood and conductor Giancarlo Guerrero. The crossover string trio Time for Three will join the CSO for a concert on Aug. 19.

“We really wanted to bookend the season with two of Chautauqua’s favorite soloists,” Moore said.