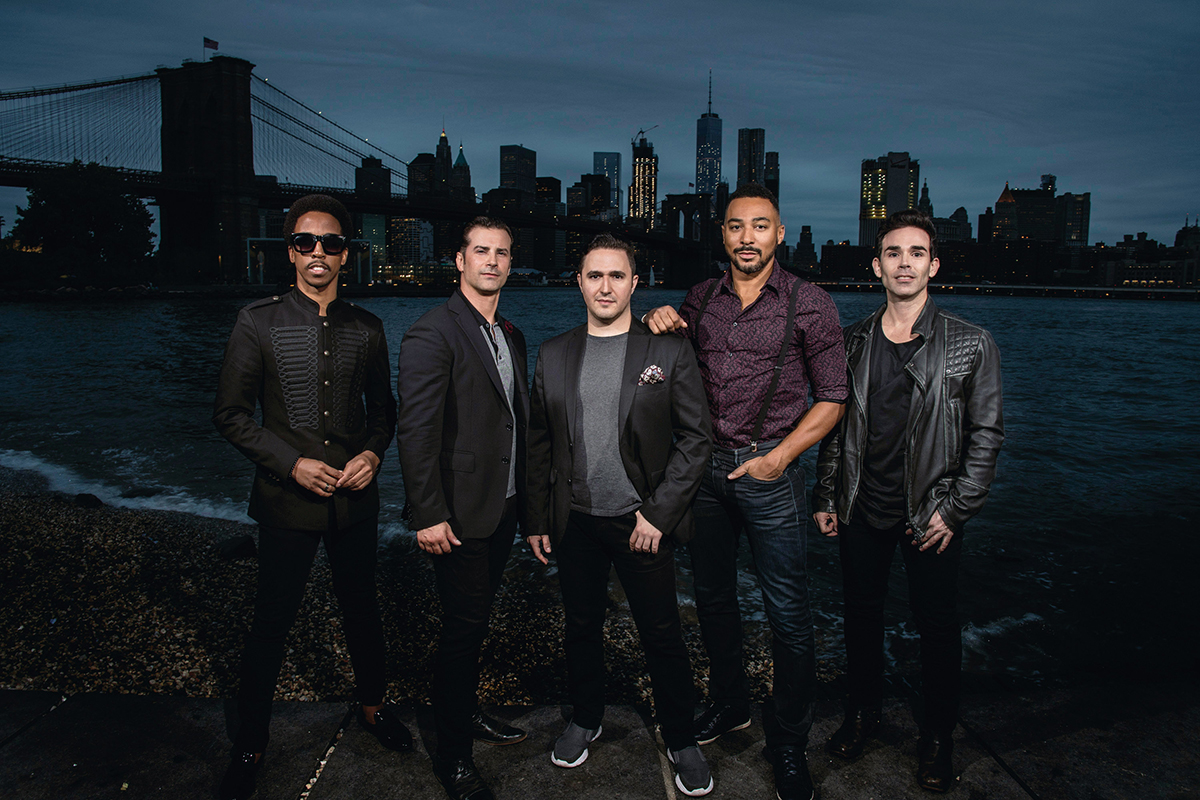 The Doo Wop Project is bridging more than six decades of music with “doo-wopified” arrangements of contemporary hits alongside old-school classics.

“We wanted to bring street corner singing to a new generation,” said Dominic Scaglione Jr., one of the five original members of the band.

Along with classics, like “That’s My Desire” by Frankie Laine and “Remember Then” by the Earls, The Doo Wop Project will sing original arrangements of contemporary songs, including “I’m Yours” by Jason Mraz and “Valerie” by Amy Winehouse at 8:15 p.m. Friday in the Amphitheater.

“I grew up with this music and always had this idea to find some guys to get together and sing (it),” Scaglione said. “I never thought in my wildest dreams it would become what it has.”

When Scaglione was performing in Jersey Boys on Broadway, he shared his vision backstage with one of his fellow cast members, Dominic Nolfi. From there, The Doo Wop Project turned into a music group with members from the casts of Broadway’s Jersey Boys and Motown: The Musical that’s been recording and touring for almost five years now — performing almost 80 gigs last year alone.

Scaglione said he wanted to create a band where the members are interchangeable, allowing them to continue their Broadway careers. When one of the five original members are busy with a show, another star from Jersey Boys or Motown: The Musical subs in. When The Doo Wop Project performed at Chautauqua Institution in 2015, Scaglione couldn’t make it because he was busy starring as Frankie Valli in Jersey Boys. But this time all five original members, Scaglione, Nolfi, Sonny Paladino, Dwayne Cooper and Charl Brown — plus a sixth member, Russell Fischer — will take the stage in the Amphitheater.

“We’re at a place now where we’re growing, and we’re excited to come back to Chautauqua with the original members,” Scaglione said. “From what I heard, it’s a gorgeous venue. I’m personally looking forward to being there and seeing it for the first time because the guys talked so highly about it.”

Nolfi, who’s currently performing in A Bronx Tale: The Musical on Broadway, is even taking the day off for tonight’s show.

According to Scaglione, touring in concerts can be a welcome change from the rigid, eight-show-a-week routine of Broadway.

“Obviously there’s nothing like Broadway, but this has given us an opportunity to travel all over America and see the country — see how influential this music is in people young and old,” Scaglione said. “You’re usually put in a box on Broadway, but The Doo Wop Project allows us to be ourselves.”

As opposed to a Broadway show, where actors must follow their scripts, The Doo Wop Project concerts leave leeway for improv.

“We do stay true to a certain set list, but it’s not the same thing over and over, Scaglione said. “We take liberty with a lot of the banter and pattern of speaking.”

In The Doo Wop Project, there’s no lead singer. Scaglione said they split up the show equally and all take the lead at different points. And when it comes to selecting songs to cover, every member of the band has an input. Scaglione said many of his suggestions come from the songs he’s been listening to since he was in the womb.

“My dad is a retired police officer and FBI agent, and a big doo-wop fan,” Scaglione said. “A lot of the songs that we do are because of him and his influence. When we were making the set list we all got together and decided what to do, but I brought a lot of doo-wop songs to the table because of my upbringing.”

Scaglione’s favorites to perform are the classics that remind him of what he listened to as a kid. Along with an opening medley of “Morse Code of Love” and “Itty Bitty Pretty One,” that he said “really gets the crowd going,” Scaglione enjoys a solo performance he does of “I Can’t Take My Eyes Off Of You” from Jersey Boys.

But his favorite moment in the show is when the group performs an a cappella version of “That’s My Desire.”

“That really shows the street corner (sound),” Scaglione said. “I love to listen to that blend and how it shifts throughout the song.”