For a medium with the word “game” in their name, video games aren’t just about having fun; they can also be powerful tools for education, exploration and empathy.

At least that’s what 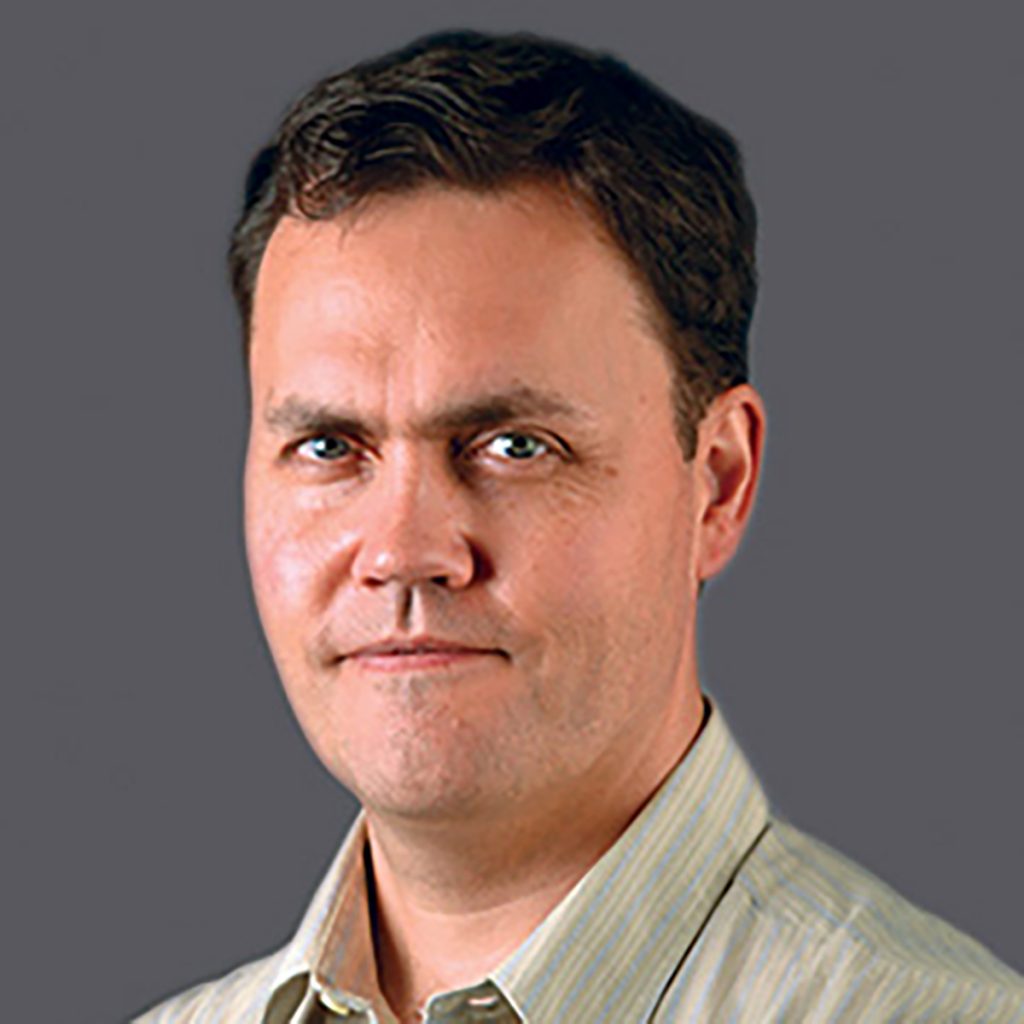 At 10:45 a.m. Tuesday in the Amphitheater, Schell will speak as part of Week One’s “Invention”-themed morning lecture series. As a distinguished professor at Carnegie Mellon University in the Entertainment Technology Center and a former top Disney Imagineer, he knows firsthand the potentially transformative power of video games.

“In the realm of education, video games have a lot of power that traditional educational media doesn’t necessarily have,” Schell said. “They’re a much better way to learn.”

But these claims don’t just exist in the abstract; Schell backs up his rhetoric with the concrete innovation manifest in his work.

The company’s output includes explicitly educational games as well as ones that mix self-improvement in with more conventional fun. Some are aimed at younger audiences, such as “Daniel Tiger’s Neighborhood” (a multigame collection developed with PBS Kids and The Fred Rogers Company) and “Pixie Hollow” (a massive multiplayer online game built around the Disney Fairies franchise). Others have broader appeal across age groups, such as the Space Western adventure game “Orion Trail.”

“We reach a real breadth of audiences,” Schell said. “We make games for very young children, ages 2 to 5, and as well we make games for adults and just about everybody.”

But Schell and his company aren’t just passive members of the game development industry. Schell Games is also at the cutting edge of emerging video game technologies.

The company’s innovation is evident in some of the its more recent output. The educational 3-D puzzle app “Water Bears,” for instance, combines the flexibility and accessibility of phone-based mobile gaming with hands-on learning about “Systems Thinking concepts,” a mode of thought that emphasizes holistic problem solving.

Perhaps even more forward-looking is Schell Games’ work in the area of virtual reality, or VR, gaming. Taking advantage of new technologies like the Oculus Rift (a VR headset that surrounds the wearer with a simulated 3-D environment in which they can look around, move and interact), Schell and his team have been able to immerse players in virtual worlds with a degree of realism far beyond that possible with earlier hardware.

According to Schell, VR is only just beginning to play the enormous role in art and education that it will eventually have. When the age-old power of storytelling manifests through this emerging technology, he predicts it will allow for an unprecedented depth of user engagement.

“I can tell you what it’s like to visit Iceland, but it’s much better if I can actually give you the feeling of being there,” he said.

For Schell, better hardware isn’t just a shiny new toy with which to make traditional video game concepts more entertaining. These technological developments are all tools employed in the name of creating a more impactful user experience.

“The key is always to come back to, ‘Well, what problem does this solve?’,” Schell said. “And it’s not really solving the problem if … it’s just technology for the sake of technology.”

For instance, several of Schell Games’ VR projects have more explicitly educational aims, using the new technology to give students hands-on training to which they might not otherwise have access. One, “SuperChem VR,” situates players in a virtual chemistry lab where they can practice safe lab practices without the risks and costs of getting such training in an actual physical lab space.

Schell acknowledges there’s always the threat that a project like “SuperChem VR” will treat the incorporation of VR into traditional learning methods as an end-all-be-all to current problems with the way teaching is done. But he pushes back against the notion that “SuperChem VR” and its ilk use this new technology as a gimmick. He is careful to always ask his development team, “What problem are we solving?” before creating a new game or simulator.

Named one of the Top 100 Young Innovators in 2004 by MIT’s Technology Review, and the recipient of multiple awards from the likes of Carnegie Science Center and the CREATE Festival for his inventive entrepreneurship, Schell knows what he’s talking about when it comes to the importance of being an intellectual pioneer.

“One of the things we often say in the game industry is that every successful game is a mixture of something familiar and something novel,” Schell said. “Finding that kind of connection to the familiar is something really essential in the process of invention and innovation.”

Chautauqua Institution’s Week One theme of “Invention” asks whether “we (are) in the last age of American invention,” but to Schell, there is still far more to be explored, at least in his field.

Although he’s hesitant to make any concrete predictions for what the industry would like in five, 10, or even 25 years, he pegged “the rise of artificial intelligence” as an impending advancement that will fundamentally change the way humans interact with games. In particular, he said the ability for video games characters to not only speak but also intelligently listen to players would be a seismic shift in the way people think about storytelling.

Paraphrasing the researcher Chris Swain, Schell said “games will become the literature of the 21st century.”

“To be able to actually have a conversation with the characters in a story, and be part of that story at the same time; that has to be a more powerful experience than the traditional way that we engage with stories,” Schell said.