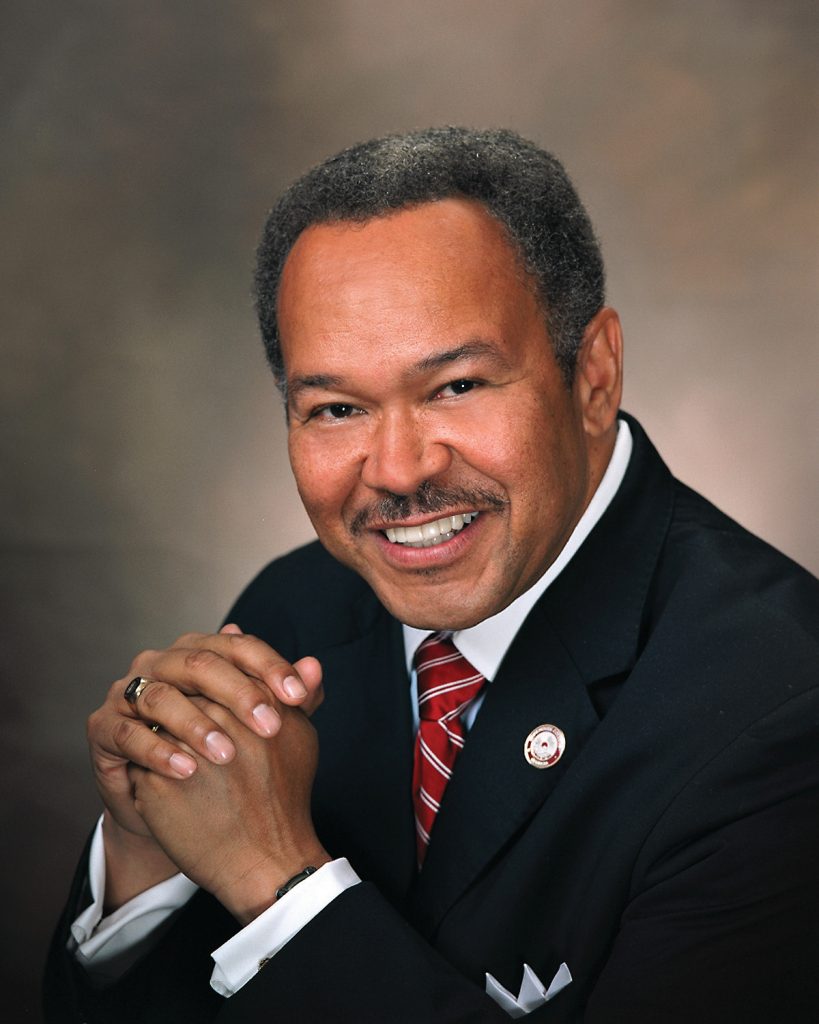 In the aftermath of the Civil War, Chautauqua Institution was founded to lift and guide the decimated spirits of Protestant Sunday school teachers. Two moral leaders — a Methodist minister and the inventor of the Buckeye Table Rake reaper — joined forces to enhance people’s lives and foster better citizenship.

At 9:15 a.m. Thursday at the Chautauqua Women’s Club, the Rev. Robert M. Franklin Jr., will talk about “The Expanding Pillar of Religion at Chautauqua” and launch the 2017 “Chautauqua Speaks” series.

Franklin is Chautauqua’s director of religion, as well as senior adviser to the president of Emory University in Atlanta, and Emory’s James T. and Bertha R. Laney Professor of Moral Leadership.

In July 2014, when he first spoke at the CWC about religion at Chautauqua, Franklin focused on spirituality, ethics and the common good. Because of former first lady Eleanor Roosevelt’s involvement with the CWC and her determination to transform the United States into a more perfect union, her legacy was on his mind.

He reminded the CWC then that it shares a distinctive mission with the Department of Religion — sustaining the great conversations that were the reasons for establishing the Institution. The “Great Conversation” is the tradition of raising fundamental questions and discussing the powerful ideas and books that have shaped Western society.

“I would like people to consider how they can play a role in their local communities at beginning and sustaining the ancient questions that go back to Socrates and the Bible,” Franklin said three years ago. “The best minds were grappling with them. What is a good person, a good life, a good community, a just society?”

Since Franklin became director of religion in January 2014, four interrelated concepts have been at the heart of the Institution’s religious enterprise, as follows.

Exposure to the finest lecturers and scholars

The Department of Religion is responsible for a 45-day Interfaith Lecture Series. Presenting Chautauquans with some of the best and brightest religious leaders and researchers is a core mission.

“We want every educated Chautauquan to at least be acquainted with one organized religion; at least one of the Abrahamic traditions — Judaism, Christianity, Islam,” Franklin said. “The vast heritage of eastern religions are increasingly manifesting themselves in Chautauqua.

“Also agnosticism, scientism and atheism. We are trying to be inclusive of those who have rejected any kind of religion and are not on their own path.”

In this way, Chautauqua fosters understanding of and respect for others’ faiths and others’ religious skepticism. An “ethic of hospitality” drives Franklin’s work with the Christian communities in Chautauqua, where there are more than 20 denominational houses.

“Leadership is the critical variable,” Franklin said. “You can do a lot of comparative efforts — how different traditions do x. But it’s critical to build and nurture leaders with confidence, courage and imagination.”

According to Franklin, moral leaders are more than good citizens. They are people who not only live with integrity, courage, imagination and creativity, but also serve the common good.

“If you’re carving your Mount Rushmore of moral leaders,” he said, “who would you include?”

Moral leaders transform their suffering into a public service. They build movements and invite others to join them. They possess enough courage not to sit on their hands and tolerate injustice, and they have empathy.

Last season, the theme for Week Three’s Amphitheater and Interfaith lectures was “Moral Leadership in Action.” Speakers and Chautauquans explored what it means to have leaders who are dedicated to the public good.

Nurturing the inner resources and spiritual life of Chautauquans has also been a mission of the Department of Religion under Franklin’s guidance. Being “well-balanced” is one of the five “wells” that he taught his Morehouse College students while he was their president from 2007 to 2013. (The remaining four are: well-read, well-spoken, well-traveled and well-dressed).

“Do Chautauquans take enough time to reflect?” Franklin said in July 2014. “Do we take Shabbat; do we take the Sabbath? Or are we programming hyperactivity into our days? We’re busier and more driven. This compromises our ability to have the great conversations and to sit, concentrate, listen and reflect.”

Franklin said then that he enjoyed sitting by Chautauqua Lake and thinking.

“Meditation and silent prayer is what the Quakers have long known,” he said. “Focus, settle, listen. Shabbat and the Sabbath are time for renewal.”

As a teenager, Franklin identified himself as a disciple of Martin Luther King Jr.

“When he was assassinated, I was determined to go to his college,” Franklin said. “I showed up on the south side of Atlanta at Morehouse.”

When former president Tom Becker asked him to come to Chautauqua, Franklin said there was a feeling of a beloved community where even the nonconformists were accepted.

“I really love that audacious vision,” he said.

After Franklin stepped down from the Morehouse presidency, Becker told him that if Martin Luther King were alive today, he would be at Chautauqua. Where else would Franklin find so many religions?

“It wasn’t a hard sell,” Franklin said. “I thought, maybe I can bring my own accents to this important work.”