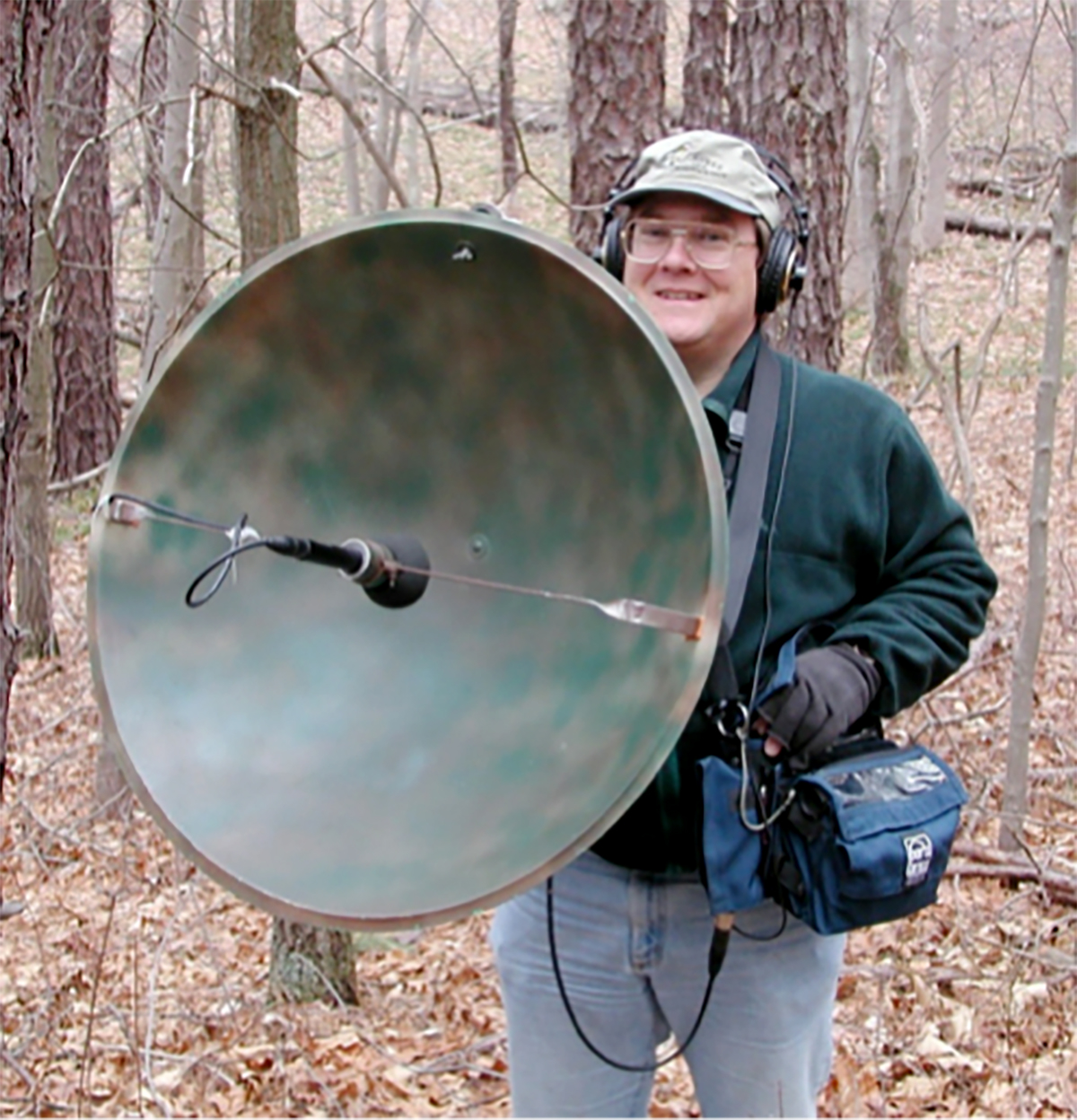 “There’s a lot of information being emitted from the ‘singer’ to the birds receiving that song,” Hershberger said.

But he doesn’t do it alone. Hershberger, a nature photographer and sound recorder, uses special equipment to capture the birds’ vocal activity, slow it down and analyze what it means.

At 12:15 p.m. Tuesday in Smith Wilkes Hall, Hershberger will give a Brown Bag lecture titled “A Celebration of Bird Songs” for the Bird, Tree & Garden Club. The talk will focus on the songs and sounds of various species of birds and what information they’re conveying vocally.

At the event, attendees will be able to listen to his recordings and watch visual representations of the bird songs. Hershberger and his wife operate a company called Nature Images and Sounds, which they use to sell photos and recordings and conduct photography workshops.

“I’ve been interested in photography and natural sound recording for a very long time,” said Hershberger, who worked as a technician for the U.S. Department of Agriculture for 31 years before retiring.

That interest began when Hershberger was about 12 or 13 and observed Baltimore orioles in his backyard, he said. From there, he went on to record nature sounds for the Maryland Department of Natural Resources and, over time, archived more than 2,200 sounds for the Cornell Laboratory of Ornithology Macaulay Library.

“Ever since I’ve been into bird watching or birding, you always seem to identify a lot more birds by their songs than seeing them once the leaves come out,” Hershberger said.

Over the years, his work transitioned from at first using a cassette tape recorder to now using completely digital equipment. He uses different tools, such as a parabolic reflector, to eliminate background noise while recording.

Such recordings can then be analyzed using spectrograms to try to understand what the “singer” bird was trying to convey to other birds. The spectrograms are essentially graphs that depict the frequency, pitch and loudness of a sound, according to the Cornell laboratory.

“When we slow a bird’s song down and listen to it and watch it, it shows more detail,” Hershberger said. “There’s a lot more information being conveyed in bird songs than we can actually hear.”

Songs can convey information such as a bird’s history and genetic health, he said. Most often, male birds use songs to defend territory and attract mates, according to the National Audubon Society.

“When male birds set up their territories, they learn songs from males around them, and they can communicate levels of aggression with one another,” Hershberger said.

Hershberger said he hopes those who attend his talk will gain a new appreciation for bird songs and animal communication.

“As beautiful as a bird song is to our ears, it’s even more beautiful if you slow it down a little bit and listen to it kind of as the birds are able to hear it,” he said.