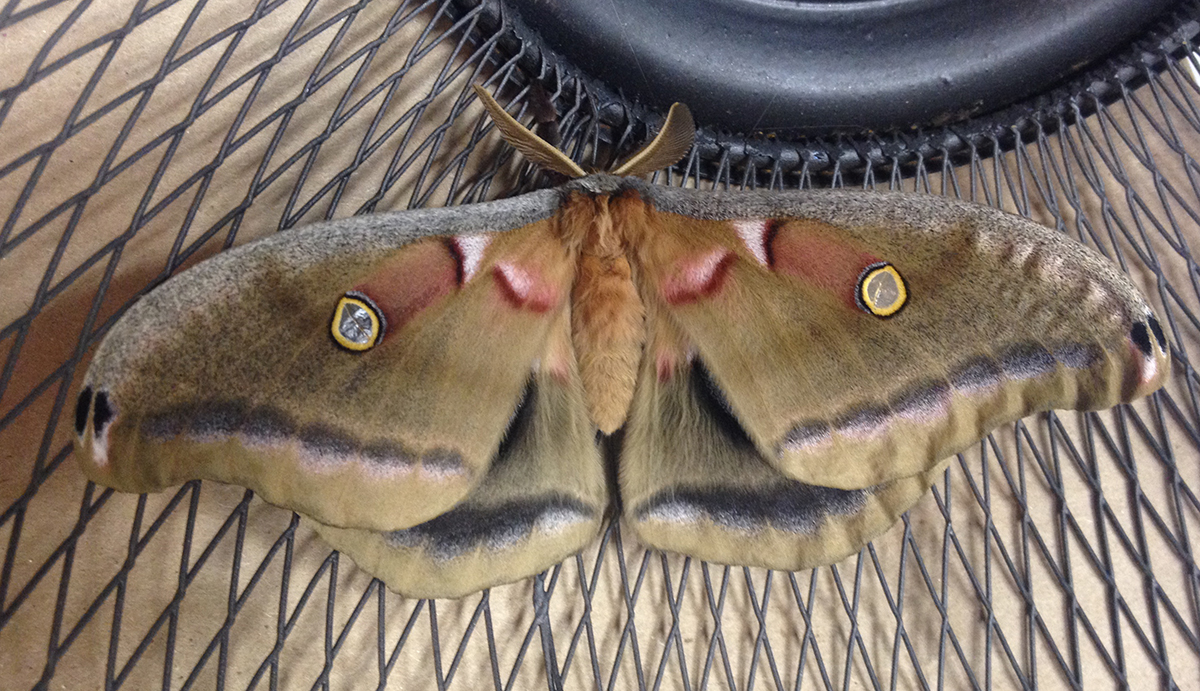 But it was when she visited Chautauqua Institution last summer that Harris realized the splendor of another sort of winged insect: giant silk moths.

“A gorgeous cecropia moth was on the porch siding of the Athenaeum,” she said. “It went completely unnoticed by at least a dozen guests that were sitting right next to it.”

After spotting the moth, Harris did some research. She learned about moths’ life cycles and found out that the region around Chautauqua is rich in various trees where giant silk moth caterpillars can dwell.

Giant silk moths belong to the moth family Saturniidae, which are known for their large size and striking colors and shapes, according to the University of Kentucky’s entomology website. But despite their visual appeal, Harris said, many people aren’t aware of the moths’ existence.

“I’m really interested in getting people to notice what’s around them,” she said.

The cecropia moth, as it happens, is the largest moth in North America, with a wingspan of about 5 to 7 inches, according to the site. Its wings are various shades of brown with white spots.

Harris’ talk will include information on other species of moths as well, such as luna, polyphemus and promethean moths. Such large moths are often found in the eastern United States and Canada, according to data from Butterflies and Moths of North America.

As with her butterflies, moths have become an important part of Harris’ job teaching preschoolers. At her school, she leads projects where students can raise caterpillars and overwinter cocoons.

“I gave them different kinds of giant silk moth cocoons,” she said. “We waited all winter and have had the complete joy of seeing them come out as adults.”

Harris also works with seniors at a retirement community in Illinois to help them interact with and learn about butterflies and caterpillars. Above all, she believes learning about such creatures shouldn’t be limited by age.

“There are just an unlimited number of things to learn,” she said. “It doesn’t matter how old you are. Just appreciate what’s already right there.”