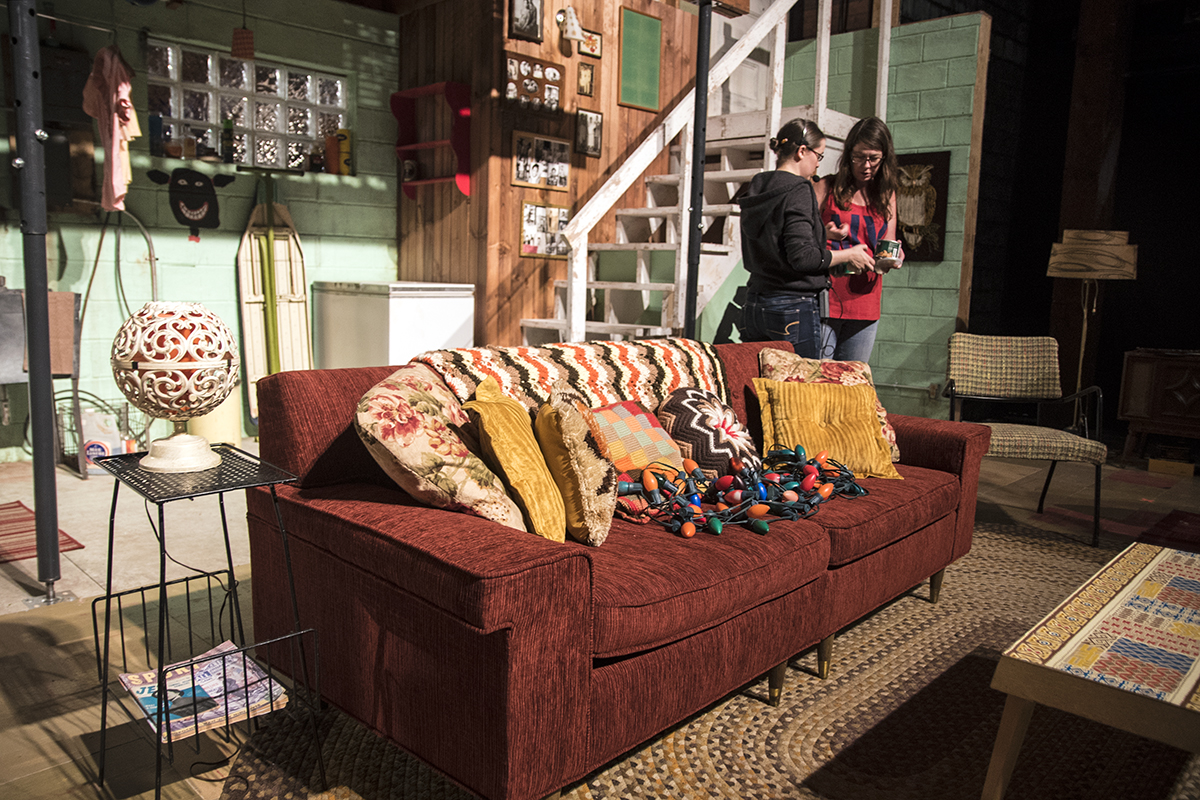 Despite having a year in its title, it’s easy to forget Detroit ’67 — which begins its run at 8 p.m. Friday at Bratton Theater and runs through July 30 — is a historical drama.

As much as playwright Dominique Morisseau’s work is about the five days of civil unrest that rocked Detroit in the summer of 1967, it is also about drawing comparisons to similar events unfolding today. Music helps anchor the piece, for performers and audience members alike.

“I forgot that this was a period piece,” said Chautauqua Theater Company guest actor Andy Lucien, recalling a conversation the cast had after a recent rehearsal. “I forgot that we were talking about a specific point in history and not today. It wasn’t until we started talking about the eight-track that I went, ‘Oh, yeah.’ ”

The play is set on the eve of what is commonly called the Detroit riots, which started following a police raid on an unlicensed after-hours club. CTC’s production, directed by Steve H. Broadnax III, will coincide with the 50th anniversary of the event.

A soundtrack of 12 songs helps tell the story of siblings Lank and Chelle, whose days running a basement bar are disrupted when Lank brings home an unconscious white woman he rescued. Meanwhile, Lank hopes to convince Chelle they should purchase a bar and stop holding the illegal, late-night basement parties.

The music of Motown helps both set the scene and advance the plot of Detroit ’67, which features songs like “Ain’t Too Proud to Beg” from The Temptations and “Dancing in the Street” from Martha Reeves and the Vandellas. The style of blending soul and pop sounds notably started in Detroit, its name coming from a portmanteau of Motor City, and became popular under the successful African-American-owned music label of Motown Records.

“Dominique Morisseau’s Detroit ’67 is as much a play about music as it is a play with music,” Annette Storckman, a New York-based playwright and dramaturg, wrote in an article about the play’s music for Breaking Character Magazine. “Though most plays about music follow the lives of musicians, the compelling thread of Detroit ’67 is its exploration of music as the equalizer, as hope, and as culture.”

With the play set in 1967, “you cannot remove the fact that Motown music is all the way through it,” said CTC Artistic Director Andrew Borba.

“This play is deeply moving and it’s exceptionally well written,” Borba said. “It has characters and stories that you care about, but it also has something — for me, it has a resonance.”

Borba first saw the play in May 2016, when CTC Managing Director Sarah Clare Corporandy invited him to a matinee of the show at Detroit Public Theatre. Corporandy is a co-producing artistic director there, and it was the first Detroit theater to stage Detroit ’67.

“I said to Andrew, ‘Can you please come see it? It’s such a beautiful play, I’d like us to consider it,’ ” Corporandy said.

Detroit ’67 opened in New York in 2013 and is the first in Morisseau’s three-play cycle about her hometown of Detroit. It went on to receive the 2014 Kennedy Prize for Drama, and this summer Detroit Public Theatre will host a series of free, public stagings of the show as part of a citywide initiative.

CTC is hoping to continue those conversations around Chautauqua, and will be hosting post-show talkbacks after every performance. In preparation for the show, CTC is also sharing a Detroit ’67 playlist online.

That musical preparation extends to the cast. If CTC actors weren’t already listening to the music at the start of rehearsal, they were encouraged to do so and sent a playlist.

“I listen to the soundtrack, and I also listen to songs of whatever era, whatever genre that gets me into the mind of Sly,” said actor Lucien, referring to his Detroit ’67 character.

His favorites on the Detroit ’67 music list include Curtis Mayfield’s “People Get Ready” and “Everybody Needs Love” from Gladys Knight & The Pips. But another more modern song that helps him get into character is CeeLo Green’s cover of Childish Gambino’s “Redbone.”

Although there’s much to celebrate in the soundtrack of Detroit ’67, Lucien said performers and viewers shouldn’t forget the ’60s were a dangerous time.

“You can fall right into the nostalgia of the music and not really get how dangerous this is,” he said.

While in college, Lucien had his own late-night radio show, so he said he’s used to looking for meaning in lyrics and will often use music to help him with his theatrical roles. But he’s not alone in using playlists to help get into character.

CTC conservatory actor Moses Ingram, who portrays Chelle, said she consistently makes playlists of music she thinks her character would listen to. Her Detroit ’67 playlist includes “The Revolution Will Not be Televised” from Gil-Scott Heron, as well as some Temptations and Nina Simone.

Although music is typically part of Ingram’s routine, there’s an emphasis on it for this show.

“I think the soundtrack is at the heartbeat of it,” Ingram said. “It’s the thing that keeps it moving, and at the same time is very much its own character.”