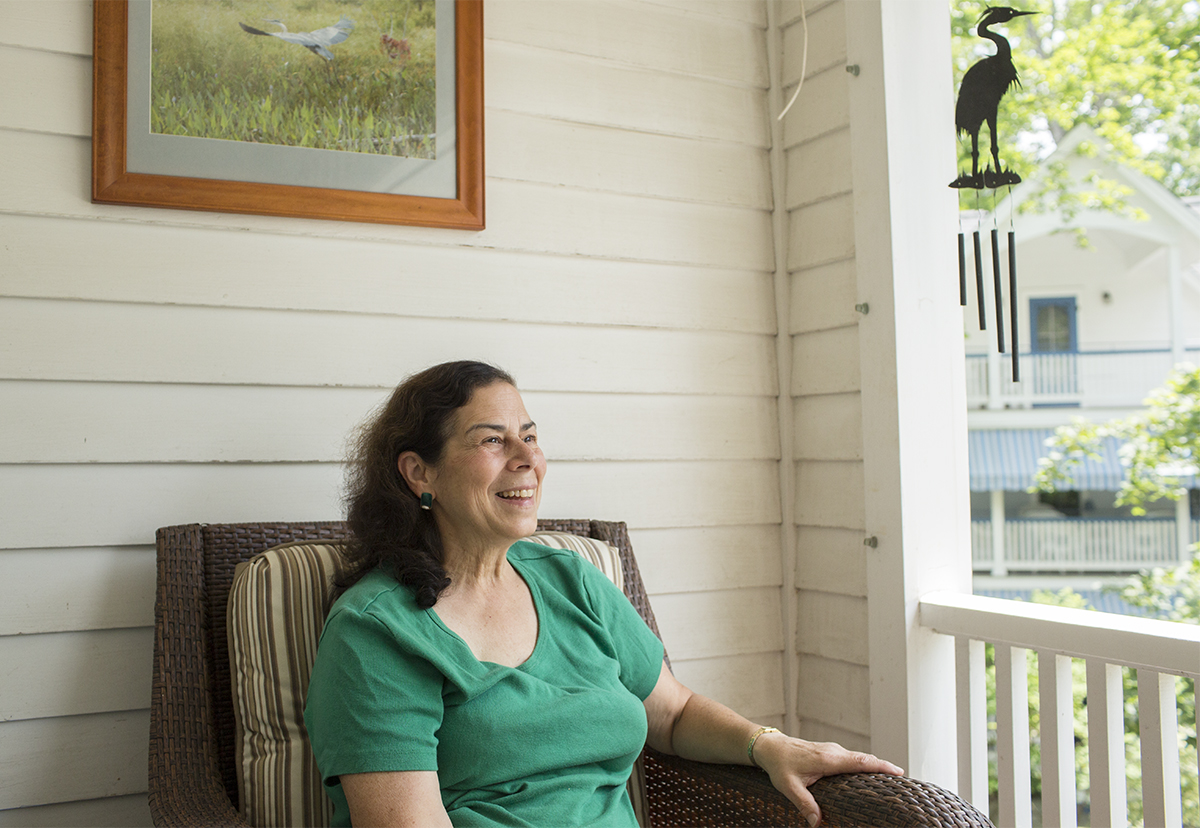 What happens in family court matters — not only to your community as a whole, but also to your personal health and safety, and that of your family, friends and acquaintances.

At 9:15 a.m. Thursday at the Chautauqua Women’s Club, as part of its Chautauqua Speaks program, retired Chautauqua County Family Court Judge Judith Claire will discuss a range of issues examined in the family courtrooms of the county, around the United States, and globally.

Because the season is nine weeks, Claire said that she decided to make her talk about what Chautauquans can do wherever they are during the rest of the year. Having spoken with family court judges all over the world, she has found that these problems are not unique to Chautauqua County.

“ ‘We don’t have that where we live’; that’s a misguided attitude,” Claire said. “Family courts in general, the work that goes on in them, is almost invisible. And how is the public to understand, if they don’t know about it? And I mean understand the magnitude of the problems, the issues, and how it affects them in their community. This is important.”

According to Claire, everyone is now seeing much more clearly how we’re all affected by the drug crisis. They often don’t realize, however, that family court deals with “everything.”

“Domestic violence cuts across all social classes,” she said. “If you think it’s only confined to poor people or homeless people, or whatever, you’re mistaken. People may know that rationally, but a household where there are high-powered wage earners and strong social standing in the community, they are sophisticated enough to hide every bit of evidence. And so, you would be shocked to find out that your good friend or your neighbor lives in an atmosphere of domestic violence. This isn’t something that’s just in Chautauqua County.”

In terms of juvenile delinquency, Claire said “there’s an awful big portion, unfortunately, that applies to kids who come from homes of high economic standing.” When these problems aren’t addressed or acknowledged, she said, it affects our safety and security.

“So if you’ve got teenagers running around wild, or breaking into your vacation homes and stealing your treasures or whatever, you personally are affected, whether you know someone who you think is a juvenile delinquent or not,” Claire said. “And if children are not raised to be functional, then they can’t work to earn wages and pay taxes and contribute to society.”

Although family court affects us all on a daily basis and its judges do handle murder cases, journalists typically cover criminal court instead, Claire said. She invited the media to her courtroom so that the public would understand the scope and relevance of the issues covered.

“But they didn’t … come,” she said. “They would say, ‘Oh no, it’s family court,’ or ‘It’s personal stuff,’ or they thought it was confidential, even though it wasn’t.”

During the 20 years Claire was on the bench, she closed her court less than 1 percent of the time, as the norm is that family court is open.

“If the media doesn’t understand the role of the court, how can they possibly explain it?” she asked. “It’s an issue that really concerns me.”

For Claire, there was no typical day in family court.

“The reality of it is often very different from what people are expecting,” she said

Beginning in 1999 and for the first 16 of her 18 years in office, Claire was the single busiest judge in New York state.

She said that 1,500 to 1,800 cases per year is the average for a regular family court judge, yet she was entirely responsible for 4,000 cases, and was also in charge of the support magistrates and law clerk who handled 5,000 paternity and child support cases.

Not only did Claire manage a double-plus caseload, but in 2001, then-Chief Administrative Judge Jonathan Lippman appointed her an acting justice of the state Supreme Court. (She had served from 1992 to 1998 as confidential assistant and matrimonial referee to New York Supreme Court Justice Joseph Gerace.)

She said that only after bills were introduced in the state legislature for 14 years did the state Senate and Assembly agree to authorize and fund the establishment of another family court judgeship — a second elected position — for Chautauqua County.

Young, who sponsored the successful legislation, stated in her June 2014 press release: “Too many families are put in a position where they cannot move forward with their lives and make decisions about their future and the future of their children. Although Chautauqua County’s family court is the third busiest in the Eighth Judicial District, the county still has only one full-time family court judge to handle thousands of cases.” (The 8th district comprises of Allegany, Cattaraugus, Chautauqua, Erie, Genesee, Niagara, Orleans and Wyoming Counties.)

Young noted that family court provides “numerous services to assist families, such as childcare centers, mediation programs, and legal assistance programs.” Claire was responsible for initiating many of them.

“We had about 20 different initiatives at court,” she said.

Under Claire, Chautauqua County’s family court served as a model court. She collaborated on national award-winning systems of care models. For instance, for 13 years she ran one of the state’s first family drug treatment courts. She expanded and strengthened a mediation program that has been model for the state, started a Court Appointed Special Advocates program for neglected children, spearheaded efforts to help teenagers who “age-out” of the foster care system, and developed parent education programs.

For her contributions to the judicial system, Claire received the Unified Court System 8th Judicial District Gender and Racial Fairness Award in 2005. She was one of two lawyers honored with the New York State Bar Association’s 2012 Howard A. Levine Award for Excellence in Juvenile Justice and Child Welfare.

In addition to serving on Chautauqua Institution’s Board of Trustees since 2015, over the years Claire has volunteered with numerous children and family-oriented community organizations, including the BOCES Advisory Council, Chautauqua County Commission on Families, Family Services, Girl Scouts and Workforce Youth Council.

Claire is also associated with the Institute on Trauma and Trauma-Informed Care in Buffalo1, and she trains other courts in trauma-informed jurisprudence. Earlier this month, she talked about Chautauqua County’s trauma-informed care project at the 2017 International Congress of Law and Mental Health in Prague.

Claire said that she loved her job.

“I was so lucky that I had a great opportunity to make a difference in people’s lives. … I saw horrible, tragic things, but I also saw amazing things,” she said. “When you get the ugliness of life, you also get the best.”