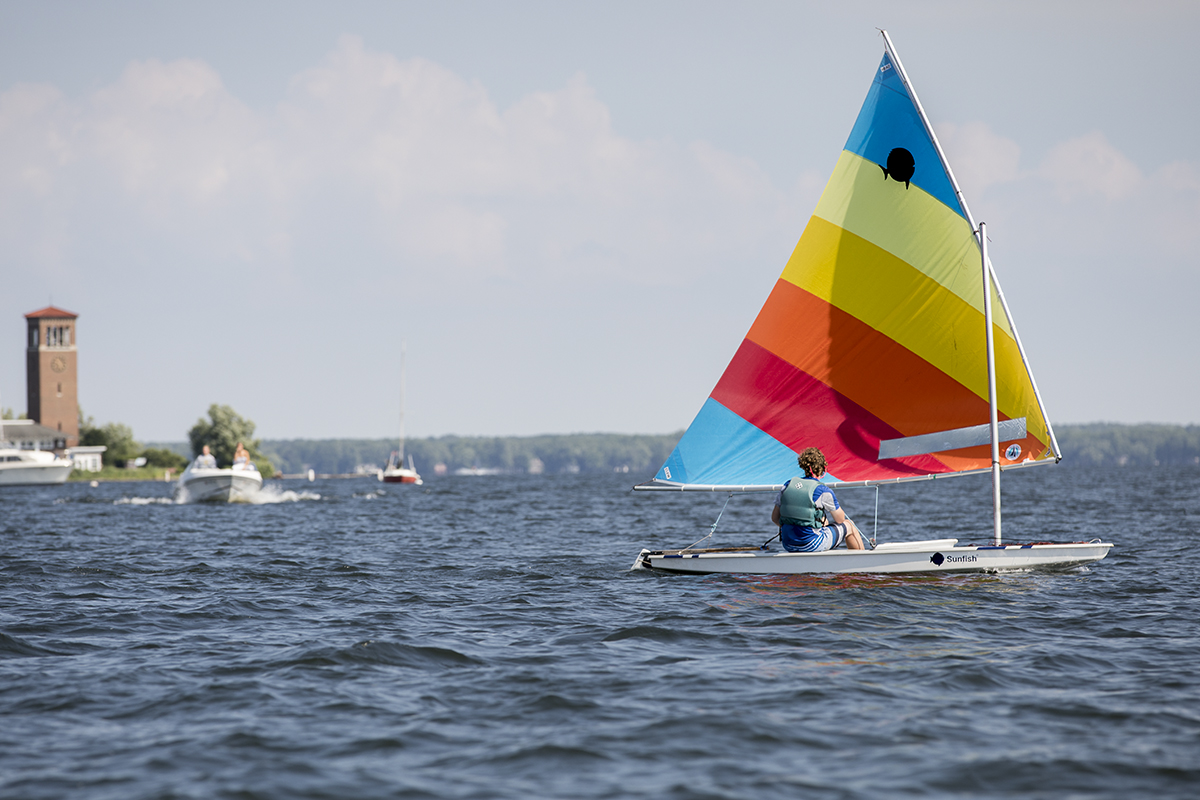 Sailing Director Kirk Kelly went to the National Sailing Programs Symposium back in February, accomplishing his goal of locking down a Level 1 instructor to better coach his own sailing instructors.

A Level 1 certification gives instructors an expansive overview of how to educate students about sailing safely and effectively.

“It’s (showing) you how to be a teacher,” Kelly said. “A lot of these kids might be great sailors, but don’t know anything about teaching.”

The four-day, 40-hour course taught instructors everything from classroom techniques and on-the-water instruction to sports psychology.

During the course, instructors woke at dawn to head to the sailing center. Each day, they shifted between water drills and classroom preparation.

Fifth-year instructor and course participant Nick Rowe expected the course to be tough and rigid, but was surprised by the group’s enthusiasm for sailing and morale. His favorite part came when he and the other students pretended the sailing center yard, despite being just grass, was an actual sailing course, even going as far as to make boat noises.

“It’s kind of ridiculous when 20-year-olds are doing that,” Rowe said. “But it really resonates with the kids.”

Class participant and first-year instructor Will Boorup enjoyed getting to know other instructors.

“It creates a bond,” Boorup said. ”You’re all sailing together, joking around and getting to gauge what everyone teaches like.”

Rowe and Boorup said they learned the most from becoming the student, rather than the teacher.

“It was a perspective shift,” Rowe said. “You can think like a student, but to actually be the student is a game-changer.”

Some of the sailing knowledge they’ve learned over the years isn’t always familiar to their students.

“We kind of forget sometimes that everyone doesn’t know all the (sailing) terms,” Boorup said. “It brings you back into the real world.”

For Boorup, the hardest part didn’t come from water drills or safety measures. His greatest challenge was giving a 15-minute presentation on a singular sailing topic.

“Usually when you make a lesson plan, it’s on multiple things,” Boorup said. “You really have to dive deep and do your homework.”

Kelly said the course helped his instructors break away from being Boys’ and Girls’ Club kids, to instead being in charge of them.

“You’re putting little kids on water,” Kelly said. “You have to grow up.”

Kelly, who took over as director last year, said he sees a rise in maturity from all the instructors that took the course.

“Instructors I wouldn’t trust out on (their own) last year, now I know they can competently run a lesson,” Kelly said.

Just one day into the season, instructors like Boorup felt an added confidence that kids understand the sailing terms and techniques he teaches.

“I actually get through to them,” Boorup said. “That’s a special feeling.”