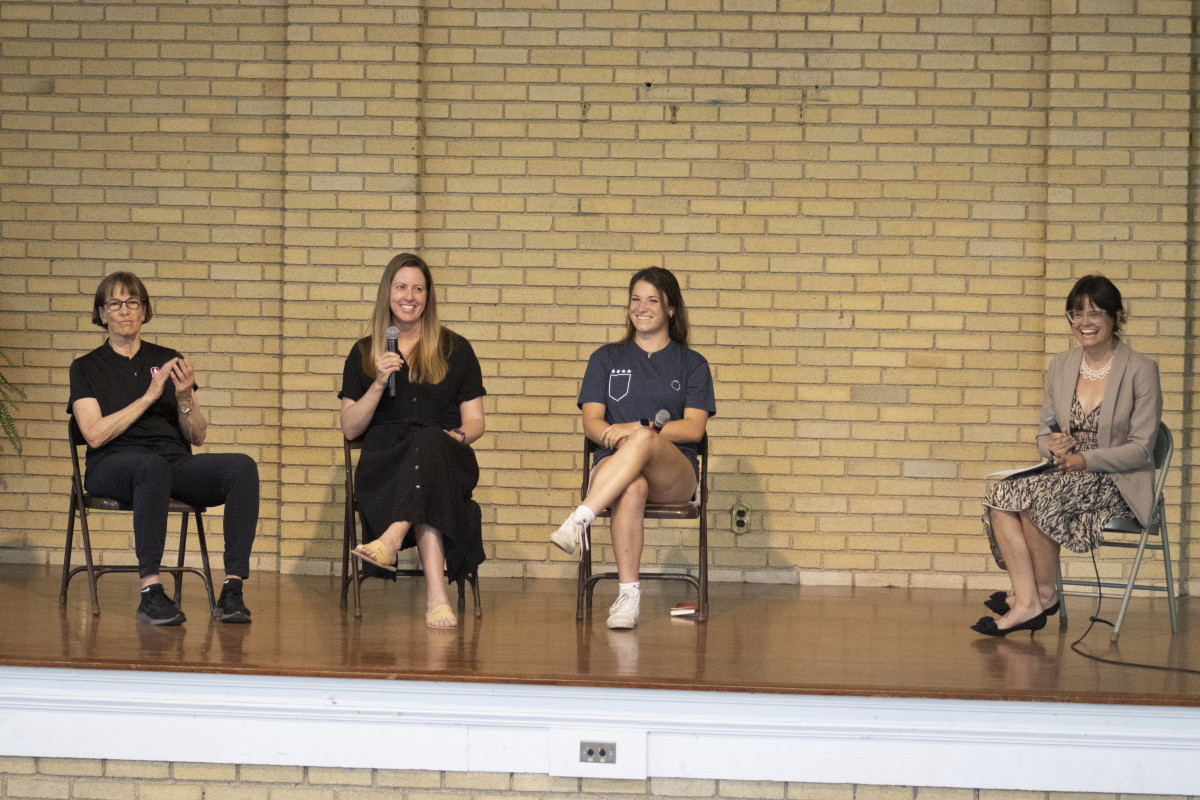 Wednesday, July 13, in Smith Wilkes Hall, a multi-generational panel of women passed the microphone among themselves, symbolizing the passing of the torch in the fight for gender equality in sports over the years.

The panel, titled “The Intersection of Human Rights and Athletics: A Conversation with Becca Roux,” was arranged by Youth and Family Programs and moderated by Alyssa Porter, Chautauqua’s director of youth and family programs. The panel had three speakers: the U.S. Women’s National Team Players Association Executive Director Becca Roux, Stanford University’s Setsuko Ishiyama Director of Women’s Basketball and the winningest coach in NCAA women’s basketball history Tara VanDerveer, and future Ohio State University women’s soccer team player Maya Naimoli. Fielding questions from both Porter and the audience, the women touched on their experiences with gender inequality in sports, along with the impact of previous victories toward equality.

VanDerveer spoke of the time before the passage of Title IX, part of the 1972 Educational Amendments. Title IX bans discrimination based on sex and gender in educational settings.

VanDerveer’s time in high school did not include such protection. It did include a desire to play sports on the school’s men’s teams because it didn’t offer any teams for women. It did include spending her time playing pick-up games, as her love for basketball persisted all hours of the day. There was no spot for VanDerveer on a school team, and the school board meeting to determine whether she could join the men’s team would not take place until the summer, after the season was over.

Roux said that while she was able to play sports in high school, before she joined the rowing team at the University of Texas at Austin — a team that she believes only exists due to Title IX requirements for equal scholarships between men and women in athletics — women athletes still face inequities.

Roux, in her work, encounters opposition to pay equality. While she believes the “Equal Play, Equal Pay” deal with the United States Soccer Federation for the U.S. Women’s National Team, announced May 18, 2022, marks “tremendous progress,” there is more fighting to be done.

“We can’t just have one win,” Roux said.

She is helping the association gain leverage in the fight for equality through other means. Roux announced that it would be “the first players association to open (their) own store.”

This would allow it to track sales data that could entice typically hesitant third-party retailers to sell their licensed apparel. The extra revenue from the store would create a more accurate picture of the market for said apparel, while also generating a revenue stream for the players that would reflect the value they add to the sport.

Naimoli is spending the summer working at Boys’ and Girls’ Club as a counselor. After she graduates from high school in spring 2023, she will prepare to play for Ohio State University’s women’s soccer team.

She is looking forward  to the support of women’s athletic programs “by way of facility and effort they put into each team and woman. The facilities (at Ohio State) were great. What they gave the women’s soccer team, they gave men’s lacrosse.”

Naimoli believes that “at large … in the end, (male athletic teams) end up fighting the fight (for equality) as well, because this is their school, and they are under that school’s name, and they wear the same badge.”

VanDerveer shared the sentiment that women are not the only ones tasked with advocating for gender equality. 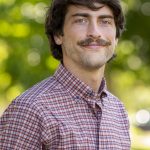 Sean Smith is an undergraduate student at the University of Southern Mississippi. Sean teeters on the edge of being a life-long Chautauquan due to his family vacations here in the past. He enjoys taking photos, which is part of the reason why he is a photographer this year at The Chautauquan Daily.