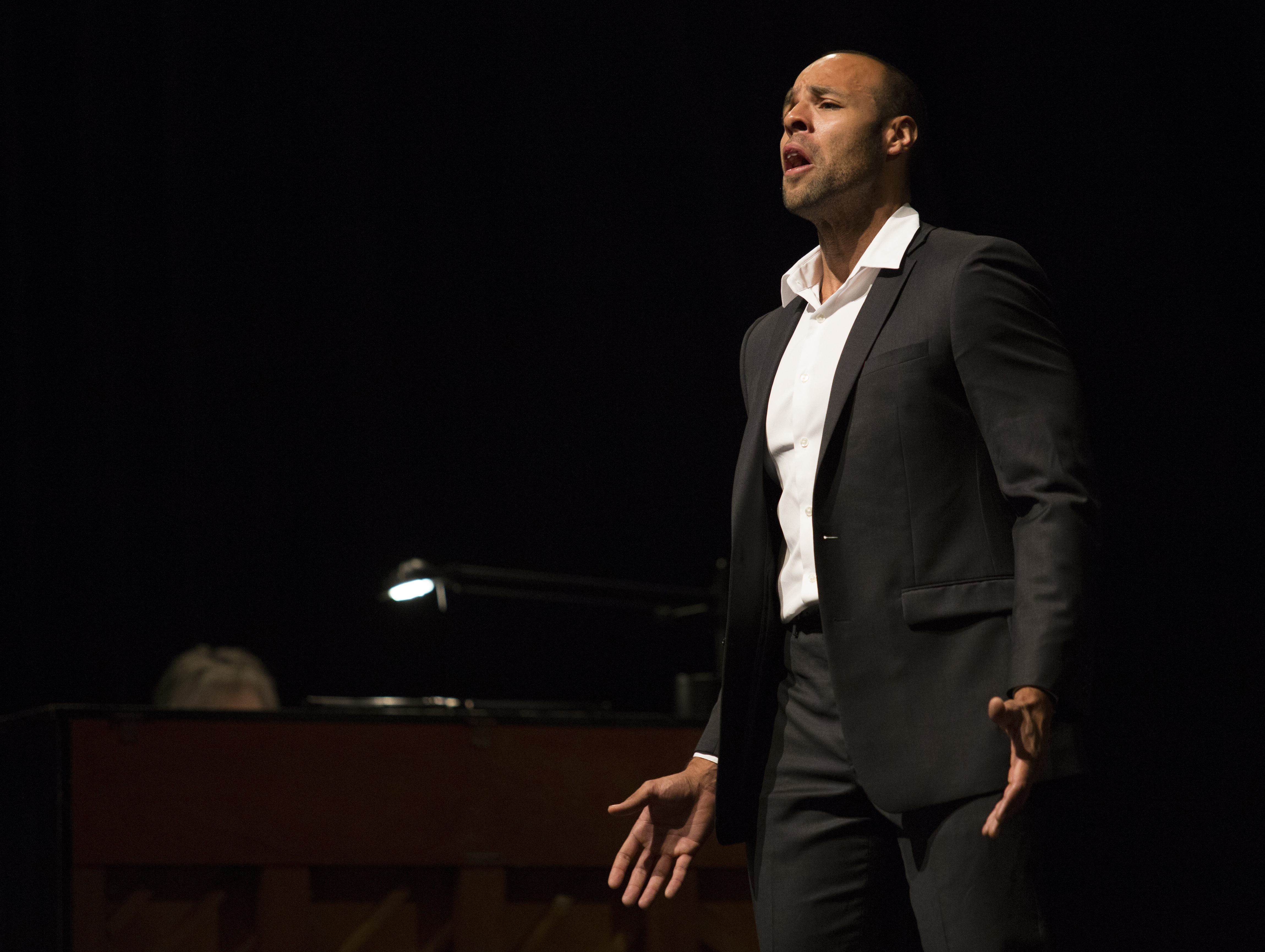 From the seed of every crisis sprouts opportunity.

At 8:15 p.m. Saturday in the Amphitheater, the Chautauqua Opera Company joins the Chautauqua Symphony Orchestra to present its Opera Highlights concert, “A Crisis of Operatic Proportion.”

In holding with Week Three’s theme, “A Crisis of Faith?” Chautauqua Opera will present pieces that expand on a crisis of religious faith and address topics that range from moral faith to faith in identity and relationships.

“A perfect example is ‘It’s about the way people is made, I reckon,’ ” said Carol Rausch, Chautauqua Opera’s music administrator/chorus master and one of the minds behind the song selection for the concert. The song, from the two-act opera Susannah, addresses a crisis of faith in community and will be sung by tenor Apprentice Artist Eric Wassenaar.

“He sees his sister being subject to scandal and gossip from the community and he’s lost his faith in human nature,” Rausch said.

Each of the eight Apprentice Artists will sing a solo aria with full backing by the CSO. They will present a number of ensemble pieces as well, ranging from duets (“Watch Duet” from Die Fledermaus) to sextets (“Alla bella Despinetta” from Cosi fan tutte).

The chance to sing in a concert setting with a full accompanying orchestra is an opportunity young artists are not commonly given. More often than not, young artist concerts are performed with the accompaniment of a piano, not an orchestra. Not so at Chautauqua.

“I think we’re one of the few programs I’m aware of that does big orchestra concerts,” said Jay Lesenger.

Lesenger, the former general and artistic director of Chautauqua Opera, has returned to serve as stage director for the Highlights concert. He says the opportunity Chautauqua affords young singers is instrumental to their professional growth. It teaches them how to work under pressure and how to work with many different people. It also allows them to experience a variety of performing and musical styles.

“Young singers need to learn how to perform under (these) circumstances,” Lesenger said. “The whole idea here is to give them a very solid foundation for that.”

Tenor Apprentice Artist Arnold Livingston Geis will use the Highlights concert to take advantage of a very unique sort of opportunity. He will sing the world premiere of Composer-in-Residence Gity Razaz’s newest piece, “Flight of Faith.” The piece sets Marion Strobel’s poem of the same name to music.

“The range of affect (Razaz) creates with the orchestra is really cool,” Geis said. “There’s going to be some wild colors.”

Geis has collaborated with composers before, but never in such a personal way. Razaz reached out to Geis early in the process of composing her piece. She asked him questions about his voice, his range, the things he likes to sing and the things he doesn’t.

When she sent him a rough draft of the piece, Geis was amazed at how closely she’d held to the things he’d told her.

“She definitely used everything we talked about,” he said. “She wasn’t shy about writing exactly how I came across.”

The opportunity that can be found in the event extends beyond the stage as well.

Those in attendance will be able to see the next generation of opera singers showcase their abilities with the backing of a full symphony orchestra. They will hear the world premiere of Razaz’s newest work, as the song kicks off the second half of the concert.

But more than that, they will hear what both Rausch and Lesenger feel is an excellent variety of opera songs that will excite and interest them.

“There’s Mozart, there’s Donizetti, there’s Bizet, a lot of popular things. But there will (also) be some things that are unusual,” Lesenger said. “It’s a real mixed bag, but that’s what makes it fun.”

One of those “mixed bag” pieces comes from Jake Heggie’s Dead Man Walking. Premiered in 2000, the opera is based on the book, Dead Man Walking, written by Sister Helen Prejean.

Mezzo-soprano Apprentice Artist Natalie Rose Havens will play the role of Prejean. The song, “This journey to Christ,” is sung by Prejean as she travels to meet convicted murderer Joseph De Rocher at the Louisiana State Penitentiary in Angola, where she will serve as his spiritual adviser. The song is Prejean asking the question, “Have I bitten off more than I can chew here?”

From the Apprentice Artists to a world premiere to an inspired repertoire and a symphony orchestra, the chance to spend a night with opera is one that, according to Rausch, should not be missed.

“It’s an exciting evening,” she said. “It has some glamour about it. (The Amp) is a big place to sing. I think it’s something our music community looks forward to each year.”