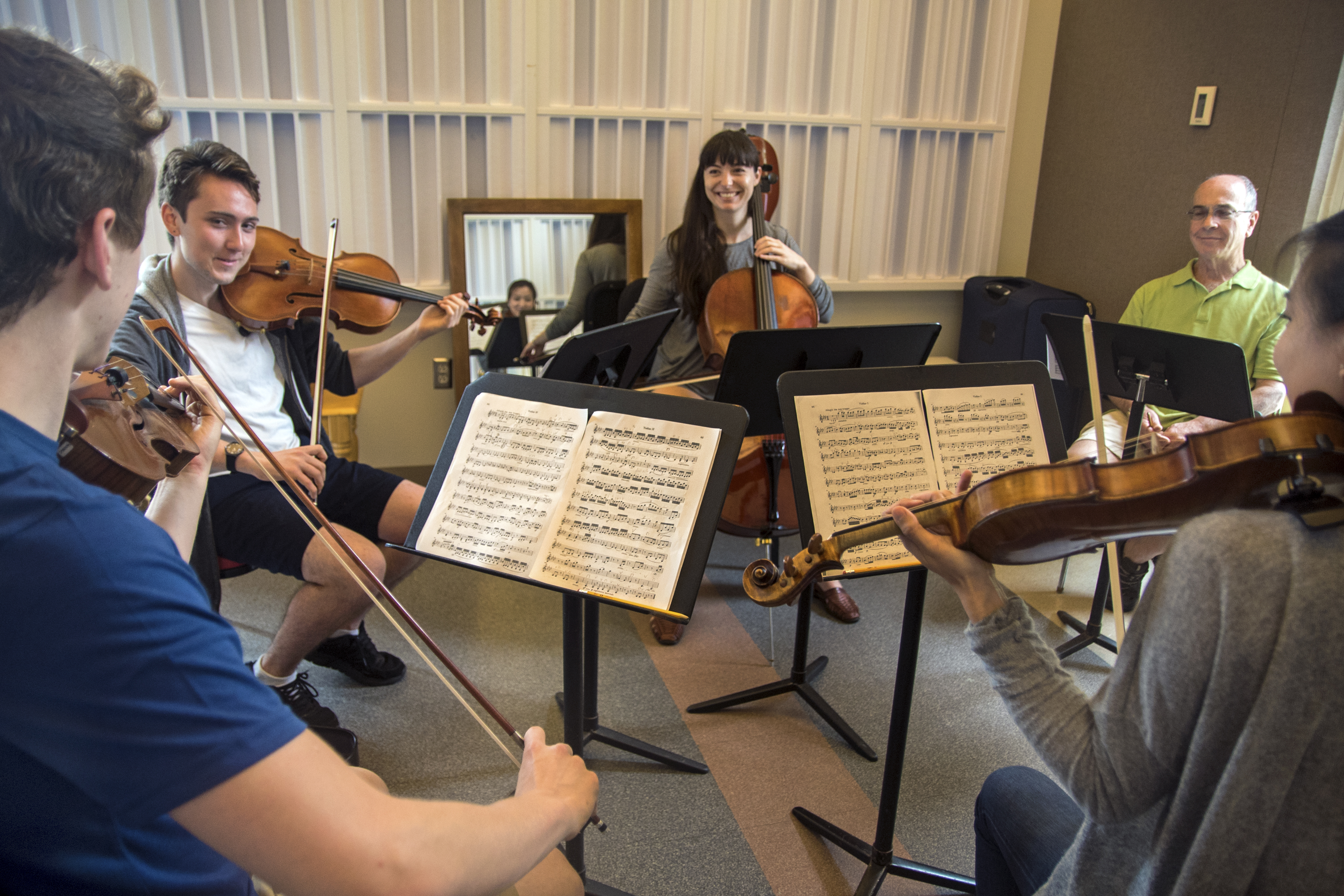 The School of Music students are taking a break from orchestra practice this week. But that doesn’t mean they’re not still hard at work.

“It’s an area in the music camp that everybody really looks forward to,” said Arie Lipsky, chair of chamber music. “(Students) can express their individuality as well as engage with their colleagues to determine the parameters of each piece.”

Lipsky said that since there’s no orchestra rehearsal this week, the students can focus most of their energy into the chamber music, which he said is “one of the most beloved” forms of playing for musicians. As opposed to orchestra music, where the vision of the piece is decided by the conductor, in chamber music the musicians make decisions about style and interpretation.

Elijah Spies, a violist playing Beethoven’s String Quartet No. 10, op. 74, as part of a string quartet at 2 p.m. Sunday in McKnight Hall, said there’s the added responsibility of making musical decisions when one is playing chamber music.

“In an orchestra, there’s the skill of following,” Spies said. “Here, we can’t really do that. Even when we’re not taking a solo line, we all have to be leading and engaged with one another.”

Since there isn’t a conductor leading the whole group, Lipsky said the musicians need to take cues from one another to make sure they’re staying together and following the same kind of interpretation. This is why most of the groups are relatively small. The largest groups during this week’s chamber recitals are octets. There’s one octet composed of four violins, two violas and two cellos, performing Felix Mendelssohn’s String Octet, op. 20, and another composed of a flute, a clarinet, two bassoons, two trumpets and two trombones playing Igor Stravinsky’s Octet for wind instruments. Both octets will perform at 2 p.m. Sunday in Fletcher Music Hall.

Lipsky said an ensemble of eight musicians is the largest a group should be for chamber music because the musicians must be “extremely mindful” of one another as they’re playing. Amy Tang, who will be playing the violin as part of the same quartet as Spies, said she has to know all parts of the music — even the ones she’s not playing.

“Sometimes you have a solo line or you have the accompanying line, so you have to be able to switch between both quickly,” Tang said. “Even though we all have our own part we have to know everyone else’s part just as well, so you know where you are in the text and how you can support someone or engage with each member.”

Tang and Spies will be joined by Nicholas Brown on the violin and Anne Botka on the cello for the quartet. The group chose the Beethoven String Quartet because none of them had ever played it before.

The piece has a lot of pizzicato sections, which involves the musicians plucking the strings of their instruments. Tang said the effect imitates the sound of a harp1, aptly giving the piece its nickname, “Harp.”

According to Lipsky, the student quartet has “good taste.” He said the piece is one of the hardest, but the group is up for the challenge, along with their peers who will play throughout the week. Lipsky said he’s seen tremendous growth in the student musicians since the beginning of the summer.

“They seem to be more engaged with the instrument. They discovered themselves, they play better and they enjoy all aspects of what we offer here,” Lipsky said. “They’ve become better artists, and you cannot ask for more.”