Despite containing no elected officials, the Supreme Court might be the government’s most intact democratic mechanism, according to former U.S. solicitor general Ted Olson.

“The other two branches of government are not working very well right now,” Olson said.

At 10:45 a.m. Friday in the Amphitheater, Olson will discuss the importance of the Supreme Court within the government and society. He will examine how the court regularly renders decisions that protect citizens’ ability to participate in politics.

Olson credits the court’s “independent, incorruptible” strength to the institution’s distance from partisan motivations. He said while “people may disagree with decisions from the Supreme Court … virtually no one feels that the court is not being honest and independent and making sound decisions based upon their judgments.”

Olson himself has never been one to toe partisan lines. He identifies as a conservative and represented George W. Bush in Bush v. Gore, winning the case and the presidency for his client. However, in 2008 he teamed up with David Boies, the same lawyer he defeated during the 2000 case, to overturn Proposition 8 — California’s ban on same-sex marriage. This event paved the way for marriage equality rulings throughout the nation, and Olson says it’s one of the cases he’s most proud of.

“The impact on those individuals, who have been in the past deprived of the right to marry the person that they loved, was very, very distressing and harmful to them and to their families,” Olson said. “It was very gratifying to be part of the court decision that changed that.”

More recently, Olson has continued to push back against traditionally conservative stances by joining the legal effort to shoot down North Carolina’s bathroom bill, which restricted transgender people to using bathrooms corresponding with their sex at birth. He also revealed his willingness to speak out against the Trump administration in a Washington Post editorial, in which he characterized President Donald Trump’s border tax proposal as expensive and unconstitutional.

Olson said that the Supreme Court has remained immune to petty partisan battles with one exception: the appointment process for Supreme Court justices has become “increasingly contentious” over the last 20 years.

However, Olson said, much else about the court has stayed the same.

“We’ve been very fortunate in that outstanding individuals have been appointed to the Supreme Court -— people that are superbly well qualified and that are honorable individuals who work hard and render conscientious decisions that we hope to continue,” Olson said.

Responding to the theme of the week, “The Supreme Court: At a Tipping Point?,” Olson conceded that conservative Justice Neil Gorsuch’s appointment represents a somewhat pivotal moment for the court politically, but claimed that when taking a longer view of the court’s history, this kind of moment is not unique. He explained that the Supreme Court is “almost always at a tipping point.” He referenced the fact that “there’ve only been 113 justices in the nation’s history,” meaning that every appointment serves as a kind of tipping point.

“Each new justice represents a new step in the court’s history and an impact on the court that will stretch out over 25 years,” Olson said.

Not only does the court represent stability through its enduring nonpartisan influence, it also serves as a model for the kind of civil discourse that is often lost in our current political climate.

Olson said that the Supreme Court’s significance doesn’t end with a yes or no verdict.

“We’re not given just an opinion or a decision; we’re given an explanation for why the justices have come to that conclusion, which is very constructive,” Olson said.

For him, giving citizens this kind of access to the reasons why government actions are taken is key to fighting narrow-mindedness and cynicism.

“It’s important for people to continue to participate in the process to vote, to speak out, to argue, to debate, to express opinions and to do it in a civil way so that we can do it without people being angry at one another,” Olson said. 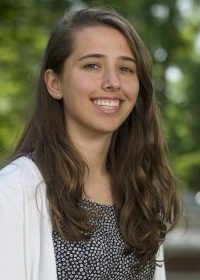