John Pulleyn thinks Zen meditation is like sitting and staring into a fire.

Pulleyn, the head of Rochester Zen Center’s meditation hall, plans to teach this idea, along with several others, to participants of the Mystic Heart Meditation Program. He will lead Japanese Zen Buddhism meditation from 7:15 to 8 a.m. and 8:15 to 9 a.m. Monday through Friday during Week Four in the Presbyterian House Chapel.

This meditation is one of the breath. People think “one” as they breathe in, “two” as they breathe out. Once they reach “10,” they count backward to their starting point. They repeat this cycle over and over again, up and down the numeric scale.

“They’re just trying to put as much of their attention as they can on just the physical sensations of breathing,” Pulleyn said. “It’s so intimately tied to who we are and what’s going on, and it just makes a great subject for mediation. It’s incredibly simple.”

The regular ways people “attempt to succeed or excel at things” fail to be effective in Zen. People must constantly be turning thoughts around, rather than arriving directly at a thought’s location.

Americans are “split” in their thought process today, he said. Even when they are doing something in front of them, they are thinking about something behind or ahead of them.

“Sometimes you need to work something out in your head even though you’re driving your car or doing whatever,” Pulleyn said. “Most of the time, that’s a mistake, and it makes everything kind of gray and less interesting when you’re in two places at once.”

It can make things even darker when the mind’s sidebars focus on anxiety or depression. Although Pulleyn said Zen meditation isn’t a cure for mental illnesses, it is a healing method that focuses on joy.

One method to feeling this kind of relief is sitting, facing the wall, and paying attention to breath. If the participant wishes, they may turn away from the wall instead, turning their head downward at a 45-degree angle. No matter what methodology, the focus is on the breath.

“We’re constantly getting sensory input, and yet, when we think about things, we’re always thinking about fixed points and static moments,” Pulleyn said. “But there is no static moment — one moment is flowing into the next. We’re in a stream, and you need to sort of relax into it.”

Zen meditation has roots in Buddhism, but has branched out from it. In other words, the practice has a Buddhist background “without any dogmatic content.” Members of Christian, Jewish and Buddhist denominations often gather to meditate at the Rochester Zen Center.

“It’s hard to say where the religious content is in just being completely attuned to the moment,” Pulleyn said. “It’s kind of the basis of all religion.”

All are welcome, he said, because the practice intends to “reveal our nature.” By taking deliberate time to set the stressful thoughts aside, a deeper understanding emerges.

“One of the things I’m fond of is that (Zen’s) attitude toward meditation is kind of like the attitude of a scientist,” Pulleyn said. “Take somebody who’s studying the behavior of, say, ants. That person doesn’t have any goal in mind; he just wants to know as much as he can about what he’s studying and see what he can discover. When you come to meditation with that same sort of attitude, then a lot of things are possible. But if you’re coming there saying, ‘Well, I want to get over my anxiety, I wanna be more relaxed,’ it’ll still work, but not as well because you’ve brought something else into it.”

Pulleyn used to be a lot more anxious than he is now. However, since practicing Zen meditation, his anxiety has come in the form of “uh-ohs” instead of obstacles. He’s realized that when the bumps in the road come, the best thing he can do is acknowledge them, rather than ignore them.

“I guess if there’s any change in my life — and there has been quite a bit of change — is that just like snowflakes on a sidewalk … you might have a moment of anxiety and then it’s gone,” he said. “Things just move a little faster.” 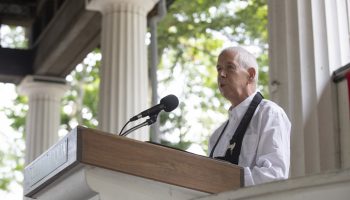 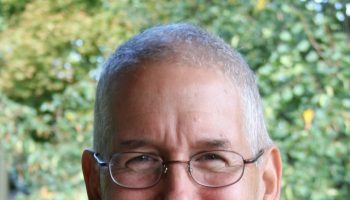