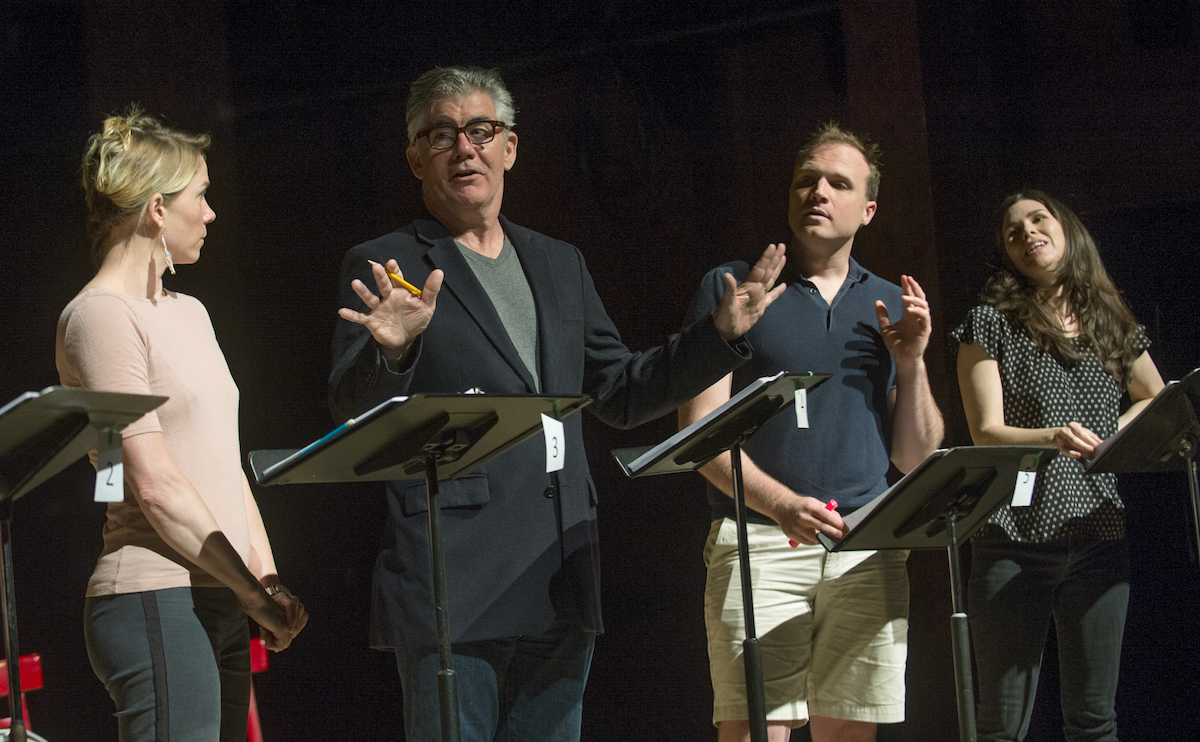 Manhattan Theatre Club announced the play from Anthony Giardina, which appeared as a staged reading on June 9 and 10 in Bratton Theater during the pre-season, will begin previews in New York on May 15, ahead of an official opening June 6, 2018, at New York City Center.

Between now and then, Giardina said he will be focused on readying the play for the stage and thinking back to the feedback he heard at Chautauqua.

“I can’t really predict what will be different,” Giardina said, adding that Chautauqua audience members gave him some needed character insight. “All I can say is, the issues that came up in the talkback in Chautauqua will be issues that I am addressing.”

Giardina will be joined at Manhattan Theatre Club by director Doug Hughes, the Tony Award-winning director of Doubt who also directed the CTC reading of Dan Cody’s Yacht. The remaining creative team and cast will be announced at a later date.

A Massachusetts native, Giardina is a novelist, essayist and playwright, whose plays include The City of Conversation, Living at Home and Scenes from La Vie de Boheme.

Although Manhattan Theatre Club commissioned Dan Cody’s Yacht, Giardina sought out an opportunity to fine-tune the play through a reading.

CTC previously invited Giardina to the New Play Workshop, but the timing didn’t fit his schedule. Giardina contacted CTC again hoping they could make something work for Dan Cody’s Yacht, which they did, and the pre-season reading was a step toward CTC’s goal of more off-season offerings.

The play is concerned with the relationship of wealth to educational opportunity, a subject Giardina said he, “like everybody else in this country,” is “very, very interested in.” Set in a Boston suburb, the play centers around the unexpected relationship between a schoolteacher — who, despite working in a wealthy school, must send her own child to a poorly funded school — and the well-off parent of one of her students.

“He makes her a proposition that if she will give herself over to him as a financial adviser, he will make her wealthy enough so that she can move into this wealthy town and give her daughter a better opportunity,” Giardina said. “But there is a hitch to his proposition, and that’s what I’m not going to tell you because that’s why people have to see the play.”

Dan Cody’s Yacht has roots in Giardina’s novel Norumbega Park, set in a fictional version of an eastern Massachusetts town. Shortly after the novel’s release in 2012, Giardina did a reading of the book in a real town that shared traits with the fictional location. In the novel, Giardina wrote about the merging of a poor town and a rich town.

“I said to the people at the reading, ‘So is that what happened here?’ Because I really didn’t know, I really hadn’t researched it. And there was this silence in the room,” Giardina said.

Giardina said he later learned that was a painful topic because the real town had attempted a similar merge and failed.

“I instantly knew I wanted to write about it,” Giardina said. “I didn’t know that it would become this play, but I’ve wanted to find a way to write about this because it seemed to me such an interesting and emblematic the-way-we-live-now kind of story.”

A longtime fan of F. Scott Fitzgerald, Giardina’s reference to The Great Gatsby is made in regards to opportunity and issues of class and wealth. He began writing Dan Cody’s Yacht in 2015, and reread Fitzgerald’s novel before doing so. A popular choice in high school English classes everywhere, The Great Gatsby similarly shows up in Dan Cody’s Yacht on the teacher’s syllabus.

Giardina said he didn’t set out to one day write a play connected to Fitzgerald, but is not surprised he did. Reading The Great Gatsby as a 14-year-old was “one of the formative experiences of my life,” Giardina said. He didn’t fully understand the story at the time, he said, but since then has reread it on multiple occasions.

“There’s no book I’ve read more often,” Giardina said. “I bow to his achievement in that book. It’s so short and yet it has become increasingly, I think, the great American saga.”