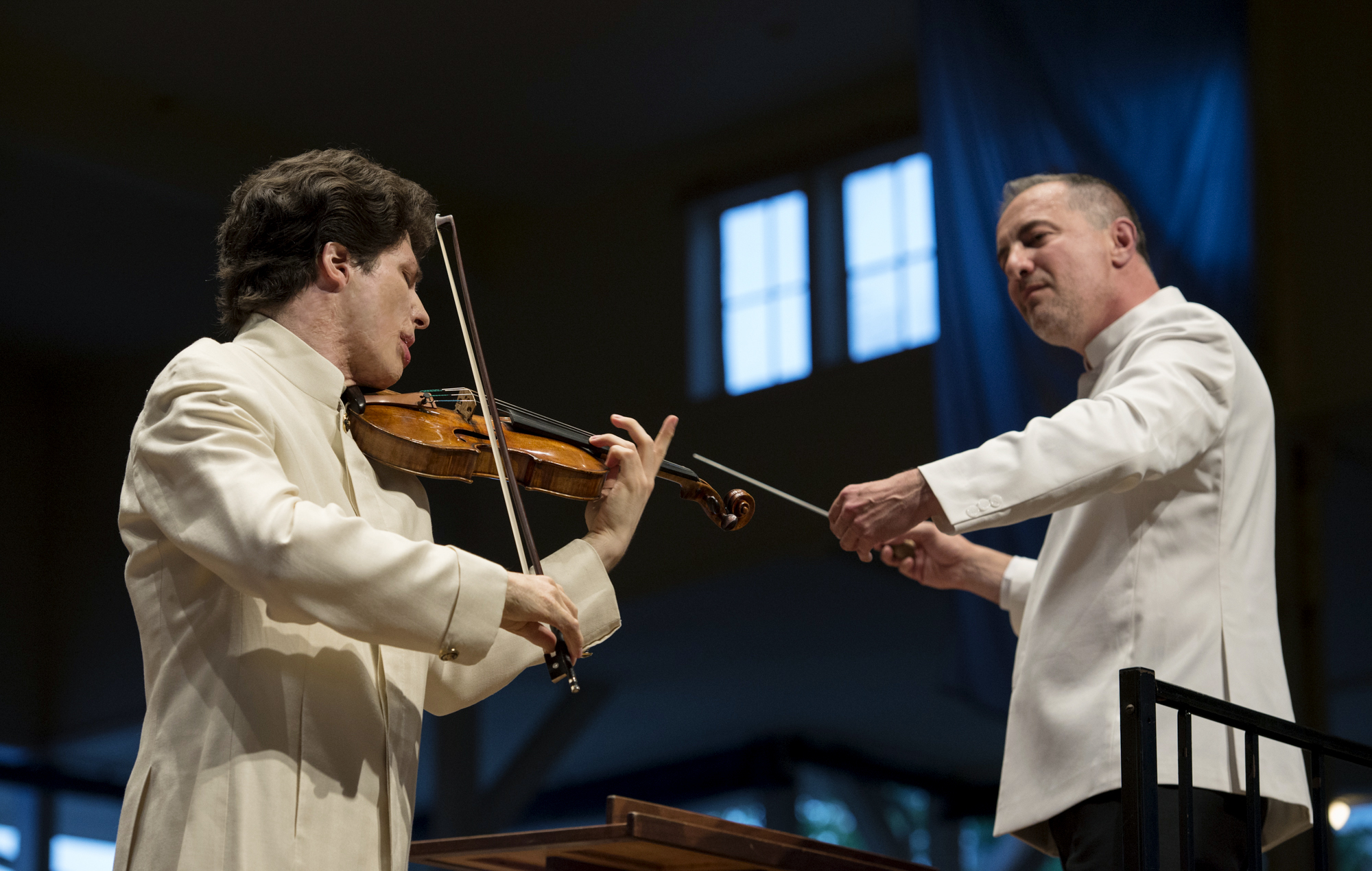 It’s possible that no piece of music has been abused over the centuries as much as Tchaikovsky’s Violin Concerto in D major, op. 35. Violin virtuoso Augustin Hadelich believes the concerto’s survival in spite of its rough, checkered life is a testament to the work’s inherent greatness.

At 8:15 p.m. Tuesday in the Amphitheater, Hadelich will join the Chautauqua Symphony Orchestra under Music Director Rossen Milanov for the final concert of the 2017 season. The program will include Johannes Brahms’ Symphony No. 1 in C minor, op. 68, after the Tchaikovsky concerto. As is tradition for the first and last CSO performances of the season, “The Star-Spangled Banner” will open the concert.

According to Hadelich, reliable editions of the Tchaikovsky concerto only became available in the last few decades.

“I don’t know of another composer whose markings were just so disregarded from start to finish,” Hadelich said. “Thirty years ago, it would have been really hard to find an edition that actually had what Tchaikovsky wrote.”

As with any work, Hadelich guards against dogmatism in interpreting Tchaikovsky’s music.

“One shouldn’t be too extreme or too purist about it,” Hadelich said. “It is a Romantic piece, and there is some freedom for the performer to do their own thing and occasionally maybe not do something that he wrote.”

The changes to Tchaikovsky’s concerto over the years by Leopold Auer and others are understandable. Much like his first piano concerto, which Tchaikovsky completed three years earlier in 1875, the violin concerto was initially considered unplayable.

“Tchaikovsky was not a violinist, so a lot of it is rather uncomfortable,” Hadelich said. “It doesn’t lie so well on the instrument.”

Fortunately, Tchaikovsky had some help from his violinist friend (and rumored romantic interest) Josef Kotek, with whom he was traveling in Switzerland when he wrote the concerto.

“All of the double stops and chords and passagework that he wrote are perfectly doable on the violin, even though they are hard to execute,” Hadelich said. “There’s nothing impossible.”

The overall mood of the concerto is uncharacteristically happy, considering Tchaikovsky’s lifelong struggles with depression and repressed sexuality. Hadelich said the concerto’s positive outlook reflects a rare bright spot in the composer’s life.

“It makes perfect sense that he would write this particular piece in that moment,” Hadelich said. “He was happy to be with his friend and possible lover.”

Hadelich believes the initial objections to Tchaikovsky’s concerto were mostly directed at the first movement.

“They were probably talking about some of the fast passagework, which is kind of relentless and very hard to play in a way that is clean, clear, musical and vibrant,” Hadelich said.

Historically, soloists themselves have become part of the problem. Hadelich said the piece’s Romantic origins often elicit schmaltzy portamenti and “things that are just a little bit too much.” As a result, the piece’s inherent lightness often gets overlooked.

“Tchaikovsky’s music is always ballet music, even when it’s not ballet music,” Hadelich said. “Much of the first movement is filled with these little jumps and lifts.”

Hadelich also prefers to make a big contrast between the themes of the first movement. The first theme, he said, resembles Mozart’s classical style.

“Mozart was his favorite composer and a big influence on him,” Hadelich said.

The second theme, with sensuous triplets and sequenced passages that build emotional tension, is much more in keeping with Tchaikovsky’s time.

“The second theme is the really Romantic one,” Hadelich said.

In spite of cuts and changes and neglect from one edition to the next, the concerto has nevertheless survived. According to Hadelich, Tchaikovsky wrote music that could be flexible enough to endure all kinds of changes and still come across convincingly.

Still, Hadelich prefers Tchaikovsky’s original markings and finds them to be “intelligently chosen” and indicative of the composer’s earnest and careful thought process.

“He thought a lot about how the piece should be played,” Hadelich said.

The sign of a truly great composition, according to Hadelich, is that it can survive all kinds of interpretations.

“Even when I hear it played in ways I don’t agree with, I still think, ‘Wow, what an incredible piece,’ ” Hadelich said.