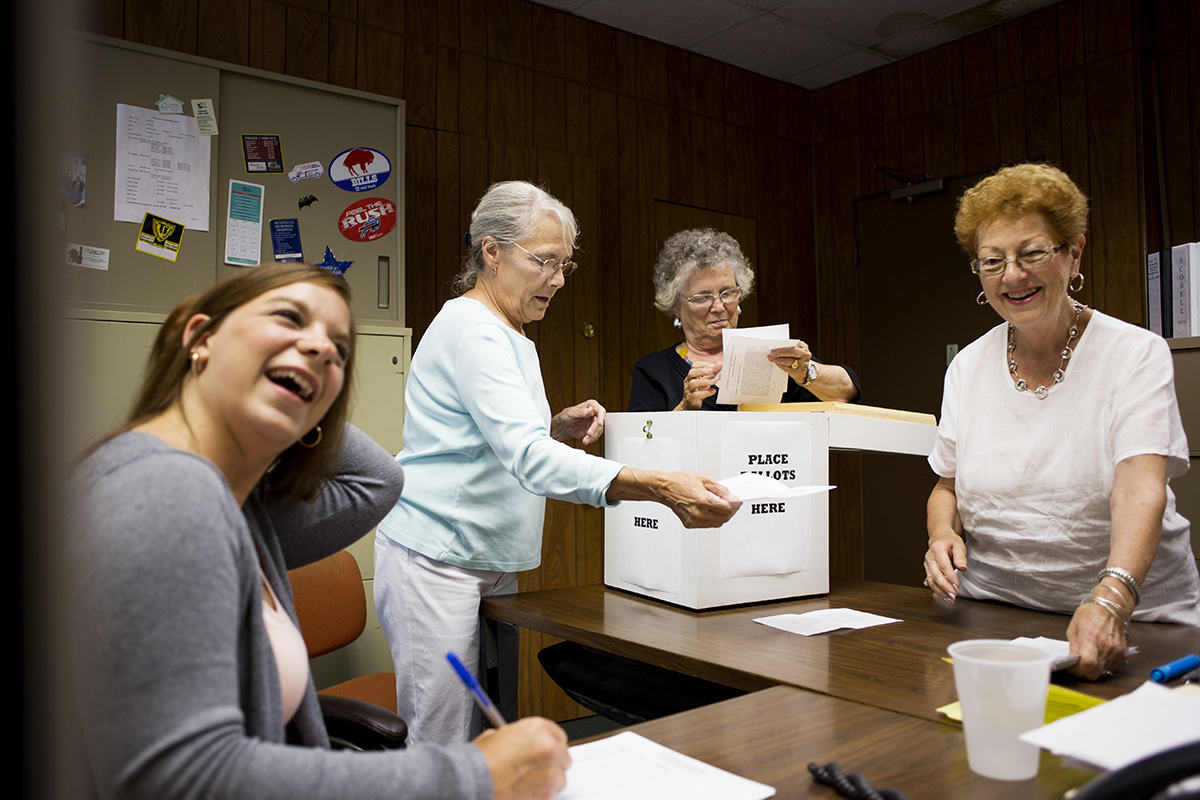 On Aug. 11, the Chautauqua Utility District commissioners voted unanimously to sign the National Grid Purchase Agreement. The news was announced at the Chautauqua Property Owners Association annual business meeting Aug. 12 in the Hall of Philosophy and last Sunday via email through CPOA’s listserv.

“The lighting project was a terrific initiative that took 10 years of hard work and persistence,” said Barbara Brady, CPOA president. “Bill Neches, John Dilley and their very talented committee should be very proud of this accomplishment. We are all very excited.”

The project will replace more than 200 lights across the grounds. The new street lights will use a variety of LED bulbs that have low glares, soft, warm colors, low energy usage, high efficiency and low maintenance. Compared to incandescent bulbs, which need to be replaced every year, LED bulbs can last 15 to 20 years. Incandescent bulbs were created by Thomas Edison more than a century ago.

“Edison would be proud, but that bulb is inefficient,” said Dilley, chair of the Outdoor Lighting Committee and Area 5 representative.

The price for the entire project is estimated at $446,293. The purchase agreement itself costs $85,000. Chautauqua Utility District will use a bond to finance the project. The New York State Public Service Commission must finalize the approval of the sale of the lights from National Grid to CUD, something Dilley said “should be almost automatic, as they have reviewed the document.”

A proposed purchase agreement was originally provided to CPOA in April 2016. After reviewing it, CPOA sent the agreement back to National Grid with comments. That fall, the New York State Public Service Commission said that National Grid could not charge CPOA for a $7,500 transfer study, which would examine the lights on the ground and detail what would be involved in selling them to CPOA.

“Since (Wright) got the job as their new lawyer, he’s been talking to the National Grid lawyer frequently,” Dilley said. “That helped quite a bit.”

In January 2017, National Grid sent a revised agreement to CPOA for review.

Neches, former chair of the Outdoor Lighting Committee, and Dilley were key in orchestrating the Street Light Modernization Project, an effort that began in 2010. The committee features members who have expertise in lighting, including former Duke Energy and General Electric employees. In 2016, 96 percent of property owners voted for the project.

Dilley and Neches continued to communicate with National Grid and CUD on behalf of CPOA. Neches conducted an inventory survey of the lights on the ground and compiled the information into a database. According to Dilley, the database contains each pole number, type of lumineer, lamp, pole and other information. Dilley also made a detailed list of which lights needed to be replaced by a certain type of bulb or a new lamp entirely.

According to Dilley, the first phase of the project involves installing 10 lights on Pratt, between Ramble and Hurst, which is a part of the Department of Energy Gateway Project. Chautauqua Institution will install those lights, then CUD will install the remaining lights across the grounds. Dilley estimates that the first 10 lights will be installed before the start of the 2018 season.

The new lights are also “dark sky friendly,” a term that describes reducing light pollution by shining light downward, rather than sideways or upward into the sky. According to Dilley, savings from “maintenance, leasing and electricity will pay for the new lights over a period of 20 to 30 years.” There will be no tax increase to pay for the project.

CUD has to acquire the bond and create and execute an installation plan. Dilley hopes that the rest of the lights will be installed after the 2018 season.