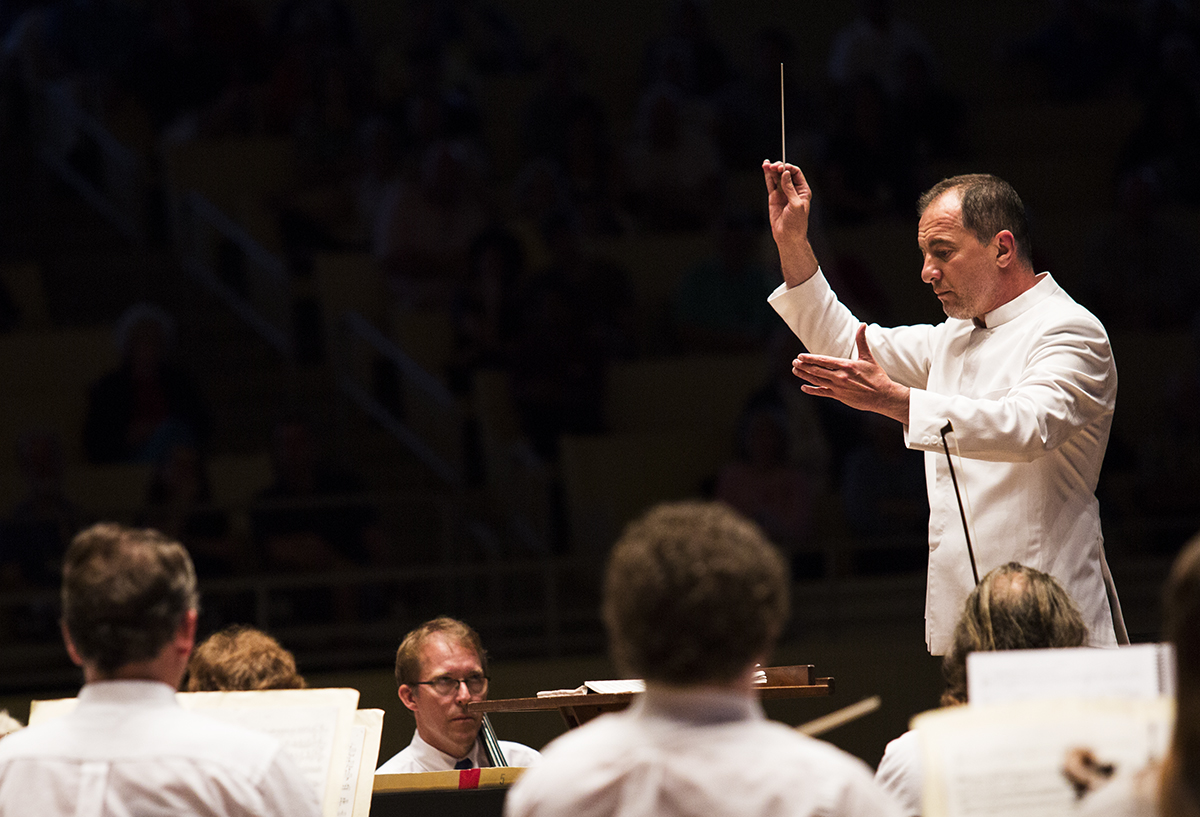 When the average classical music lover thinks of Russian orchestral music, he or she most likely thinks of the grand, sprawling symphonies by Tchaikovsky, Shostakovich and Prokofiev.

At 8:15 p.m Tuesday in the Amphitheater, the Chautauqua Symphony Orchestra and Music Director Rossen Milanov will present a different side of the Russian repertoire as part of the “Into the Music” series. The concert will not have an intermission, and there will be a Q-and-A session afterward.

“This time, I wanted to focus on something more on a smaller scale,” Milanov said.

The reasoning behind at least one of the selections should be fairly obvious.

“The theater company is doing Romeo & Juliet, so I had to include Tchaikovsky’s version of it so people could hear one of the best musical representations of that story,” Milanov said.

Pyotr Tchaikovsky’s musical depiction of the Shakespeare classic is perhaps one of the most well known because of its frequent use in popular culture. One of the great clichés of on-screen romance is when the two lovers’ eyes meet to the swelling accompaniment of Tchaikovsky’s music. It’s rivaled only by the lush third movement of Sergei Rachmaninoff’s Symphony No. 2 as a soundtrack for romance.

“It’s difficult to avoid the music of Tchaikovsky,” Milanov said. “It’s so special and unique in its way of bridging the Russianness of the music and the soundness of the structure that would resemble music being written in the West at the time.”

It’s no surprise, then, that Tchaikovsky has been the most well-represented composer on CSO programs this season, with works like his first piano concerto, Fourth Symphony and the “Pathétique” symphony among others.

“He was probably the only Russian composer at the time who could go in one direction or the other without completely changing his style and staying very recognizable,” Milanov said. Russian music doesn’t limit itself to romance, however. Composers as early as Modest Mussorgsky didn’t shy away from more dark and grotesque themes drawn from Russian folklore. The waltz from Sergei Prokofiev’s operatic adaptation of War and Peace will open Tuesday’s concert.

“It’s as far away as one could imagine from the waltzes we’re used to hearing all the time by Johann Strauss. It’s not a Viennese waltz,” Milanov said. “It’s a waltz full of danger and a sense of oblivion or something terrible lurking in every corner of the music.”

Another work on the program, Nikolai Rimsky-Korsakov’s “Russian Easter Festival Overture,” seems to foreshadow later developments in orchestral writing throughout Europe and the United States.

“Let’s not forget that most of these works are from the 1880s. This was way before Impressionism was even on the minds of any composers in France,” Milanov said. “You can almost hear what’s going to happen 10 years later, when Impressionist composers would embrace modal structure in their melodies and interesting repetitive harmonies.”

While Tchaikovsky was not a formal member of the Big Five — a nationalistically minded group of Russian composers comprising Mily Balakirev, César Cui, Alexander Borodin, Mussorgsky, and Rimsky-Korsakov — he certainly took inspiration from Russian folklore. The concert will end with a rousing selection from Tchaikovsky’s dark, political and rarely performed opera Mazeppa.

“The ‘Gopak’ from Mazeppa may as well have been written by one of the Big Five,” Milanov said. “The uniqueness of their folklore, going all the way back to pagan times, was so important that it changed the way music would be written in the 20th century.”