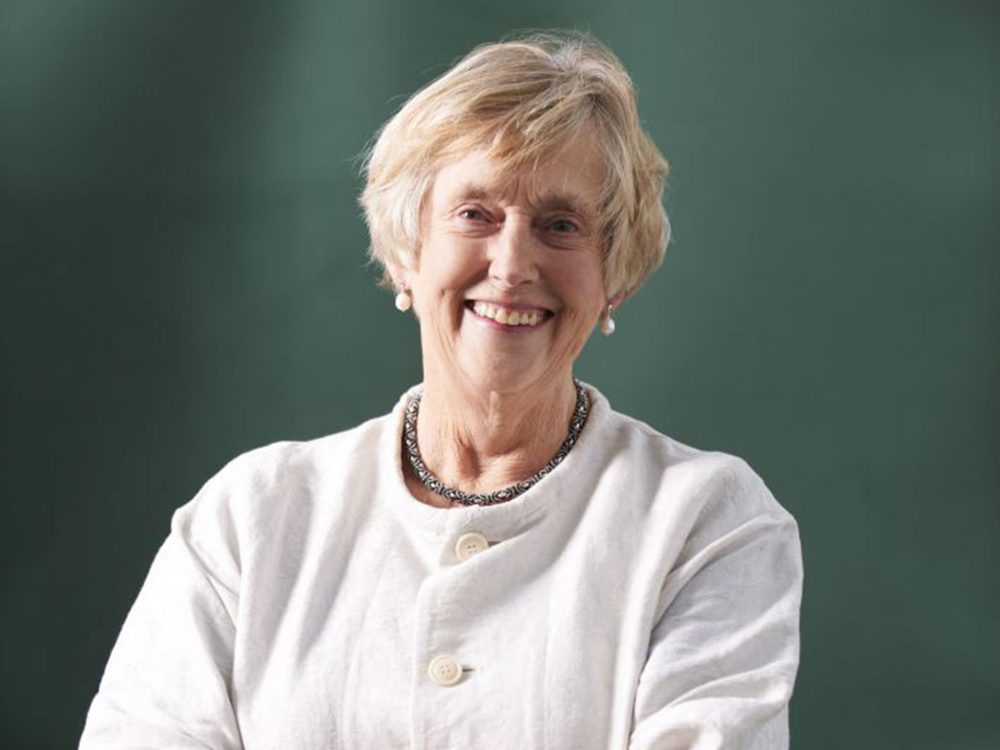 For someone speaking about fear, Dame Stella Rimington actually hasn’t had a lot of firsthand exposure to the topic.

“I feel quite uncomfortable about this theme of fear in many ways because … it’s not an emotion I feel very much,” Rimington said.

But what she lacks in personal experience, she makes up for in professional insight. As a former director general of MI5, Rimington’s purview covered a wide array of intelligence initiatives: transparency, counter subversion and counter espionage, to name a few.

Perhaps most relevant to her lecture at 10:45 a.m. Wednesday in the Amphitheater, though, will be her past counter-terrorism work. As part of Week Seven: “The Nature of Fear,” Rimington brings to Chautauqua Institution the knowledge of years spent working to stop those who seek to weaponize fear.

“ISIS’s motive is to dominate the world, basically; they have very ambitious intentions,” Rimington said. “And I suppose they may feel — though they would be wrong in feeling that — that if they can generate enough fear, the West and their (other) opponents would all crumble and it would make it easier for them to dominate the world.”

Whether the fear that such terrorism instills in people is an appropriate response, though, is another question.

“I think it’s probably important to recognize that we are living in a period where a lot of people are afraid about what’s going on in the world,” Rimington said. “So it’s probably a good idea to sort of air some of the things that people might be afraid of, which is what I’m going to be talking about, in order to analyze them and consider whether we actually need to be afraid.”

And fear is only one piece of the puzzle. Rimington also identified terrorist recruitment efforts as a major motivation of attacks.

“Modern means of communication, et cetera, make it comparatively easy for terrorist organizations to recruit young people who are disaffected for various reasons, and governments have not so far been very good at countering those recruitment efforts, and I think they need to get a lot better at it,” Rimington said. “But it’s not easy, and it’s going to take quite a long time.”

Having in the past called the post-9/11 war on terror a “huge overreaction,” Rimington emphasized that counter-terrorist efforts cannot be made at the expense of other democratic ideals. Yet at the same time, governments have a role to play in preventing terror threats.

“It’s the responsibility of governments to remember that there is a balance that has to be always maintained between a government’s responsibility to protect its citizens and its citizens’ rights to their civil liberties,” Rimington said. “And that balance has to be maintained in democracy, and that’s one of the most difficult things, in many ways, for governments to achieve because there’s always pressure after horrendous incidents for more and more regulation, more and more methods of resisting such things.

“But it’s an important thing for governments to achieve that balance,” she added.

Although she discussed the nuances of that security/liberty balance in broad terms, Rimington noted that “fear isn’t universal”; the way one country deals with terrorism might not be the same way another does.

And being British, she had her own take on the nature of fear as it relates to national identity.

“The British are not naturally given to fear — we’re a rather phlegmatic country, and we don’t find ourselves generating a great deal of fear after a horrendous terrorist attack,” Rimington said. “In this country, we just tend to get on with it. ‘Keep calm and carry on’ is one of the slogans which you often see, and I do think that it’s actually a fair representation of the attitude of most people in this country.”

If fear isn’t a useful response, though, then what is?

“A stiff upper lip is a much more sensible reaction to these sorts of things; one has to assess what’s going on and try and work out the most sensible way of dealing with it,” Rimington said. “I don’t think fear, which implies sort of sitting in a corner shaking, is ever a sensible reaction to anything.”

Knowing how best to react to fear has been a big part of her professional career.

Rimington became the director general of MI5 in 1992 — the first woman to do so. Her rise was accompanied by an unprecedented degree of transparency in the intelligence community, as prompted by the changing geopolitics of the time.

“It was effectively the end of the Cold War, and people, certainly in (the U.K.), had always associated our intelligence services with the Cold War or with preventing spying, and people were beginning to say we didn’t need intelligence services anymore because the Cold War was over,” Rimington said. “So we knew that we were needed even more because of the increase in terrorism, which was beginning at that time … (and) I thought it was important to explain what particularly a domestic security service has to do in a democracy, in order to explain why we were still needed.”

That need to validate the intelligence communities’ continued relevance led to shifts in MI5’s degree of openness, with personal implications for Rimington herself.

“I was the first head of any of our intelligence services whose name was made public when I was appointed,” Rimington said. “And that wasn’t my decision, actually, that was a decision of government because they too thought that it was about time to be more open about these things.”

But as the British intelligence community changed, so too did its enemies. Terrorism, which had previously been a largely domestic matter, was going global.

“The IRA (Irish Republican Army) was a highly structured terrorist group, with, you know, members and headquarters and all kinds of things which intelligence services are very good at getting into, at understanding and exploiting,” Rimington said. “I think that the trouble with the international terrorist scene at the moment is that it is not like that, and this is in fact quite difficult to infiltrate it and to get sources within it, et cetera.”

Rimington left MI5 in 1996, so recent shifts in the nature of terror and terrorism have been more a matter of observation than occupation for her.

She still has a hand in intelligence work, though, albeit through a much different avenue.

“(I) write thrillers now,” Rimington said. “I’ve written nine and I’m just working on the 10th, (about) a female MI5 officer who could or couldn’t have been me.”

The appeal is as much about education as it is about entertainment.

“(Readers) like to feel, I think even through fiction, that they are getting some kind of insight into how the secret world works,” she said. “And I think that’s the attraction of spy stories of all kinds, really, is that people feel that they’re learning something about how things are done.”