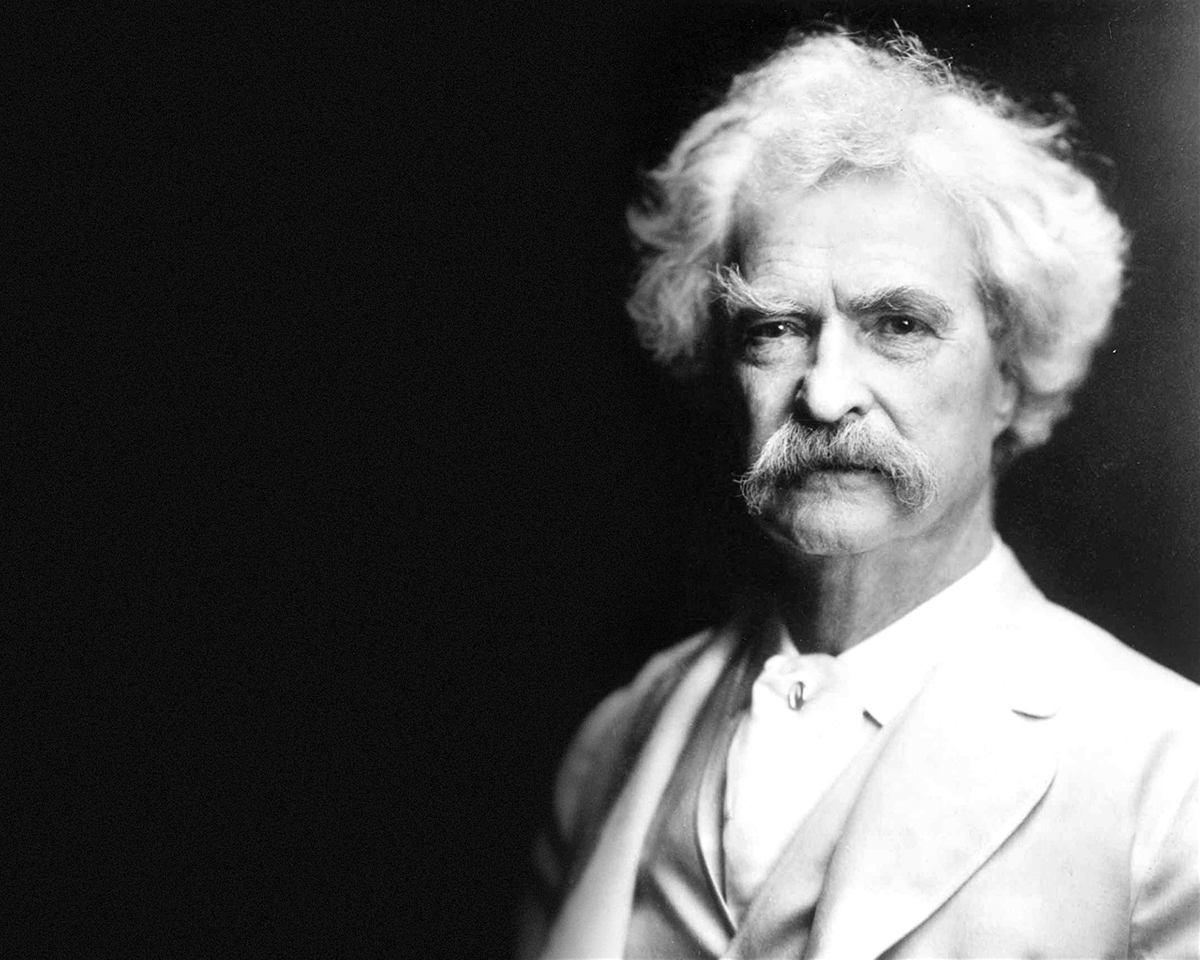 “My father was a St. Bernard, my mother was a collie, but I am a Presbyterian.”

So begins “A Dog’s Tale” by Mark Twain, a short story that he published in Harper’s magazine in 1903 and which was later expanded into a pamphlet and, still later, a novella. It tells the harrowing and ultimately tragic story of a pet dog from the dog’s own perspective. And, as an example of a kind of literary subgenre in which animals are portrayed both humanely and humanly, it had a big impact.

It is this little-explored area of literature that intrigues Emily E. VanDette, an associate professor of English at the State University of New York at Fredonia, where she teaches courses in 19th-century American literature and women’s writing. At 3:30 p.m. Tuesday in the Hall of Philosophy, she will explore the subject in a program called “Mark Twain and the WCTU: Strange Bedfellows in the Early Animal Rights Movement,” as part of the Oliver Archives Heritage Lecture Series.

At first blush, it would seem incongruous that Samuel Clemens, who wrote under the name Mark Twain, would have any connection whatsoever with the Women’s Christian Temperance Union, but he did.

“He was not a fan of abstinence,” VanDette observed. And yet, he greatly admired how these women went about methodically fighting for their ideals at a time when they were not permitted to vote.

In a letter to The Standard of London in 1874, Twain wrote: “Would you consider the conduct of these crusaders justifiable? I do — thoroughly justifiable. They find themselves voiceless in the making of laws & the election of officers to execute them. Born with brains, born in the country, educated, having large interests at stake, they find their tongues tied & their hands fettered, while every ignorant whisky-drinking foreign-born savage in the land may hold office, help to make the laws, degrade the dignity of the former & break the latter at his own sweet will.”

The Women’s Christian Temperance Union had formed earlier that year at the first National Sunday School Assembly, which evolved into Chautauqua Institution. In 1879, Frances Willard, an educator, activist and prominent Chautauquan, became the WCTU’s second president. She expanded the originally modest mission of the organization to include a much broader advocacy of social and political change, including women’s suffrage and the rights of children and  animals. One aspect of animal rights that the women embraced was the anti-vivisectionist movement, which was picking up steam in the late 19th century.

“Medical schools were experimenting on live animals without anesthesia in laboratories and lecture halls,” VanDette said. “It was done in a tortuous, unthinkable manner with a large element of the theatrical.”

Twain was also vehemently opposed to vivisection, proclaiming that there was no medical, scientific or moral reason for it, and pointing out that animals were incapable of consent.

In 1877, Black Beauty, by Anna Sewell, was published in Britain and became an immediate international best-seller. In the novel, the horse of the title tells his life story in which sometimes he is treated with great kindness and other times with savage cruelty. Not long after its  publication, thousands of copies of Black Beauty were distributed for free in the United States by George Angell, a founder of the Massachusetts Society for the Prevention of Cruelty to Animals. Angell also encouraged public readings and contests to promote the cause of animal welfare.

VanDette borrowed from that concept this spring when she and her English students from Fredonia held a series of workshops called “Beyond Human: Animals in Literature” in libraries throughout Chautauqua County, including Smith Memorial Library, as part of a project called the Big Read.

“In my scholarship, I have focused on women writers in the 19th century who were using literature to fight oppression from slavery to child labor,” said VanDette, who is currently working on a book, tentatively titled Voices of the Voiceless: Literary Animal Advocacy in the U.S., 1866-1918, which includes a chapter devoted to Twain’s anti-vivisection writing.

“I became interested in the transformative power of literature in social causes,” VanDette said. “In particular, I was drawn to literature that evoked sympathy for animals.”

Among VanDette’s favorite examples of such literature is Beautiful Joe, a Canadian novel by Margaret Marshall Saunders published in 1893, in which a spunky terrier recounts a life of meanness and perseverance, and which became the first million-selling book in Canada. She also cites the works of Jack London, including The Call of the Wild and White Fang, and notes that Jack London Clubs sprang up around the turn of the century to protest abuses of entertainment animals, especially circus animals.

She is also developing a critical edition of the 1904 anti-vivisection novel Trixy, by Twain’s contemporary Elizabeth Stuart Phelps, a best-seller at the time, but which has been out of print for a century.

“Literature is a powerful vehicle for advocating the rights of animals,” VanDette said.