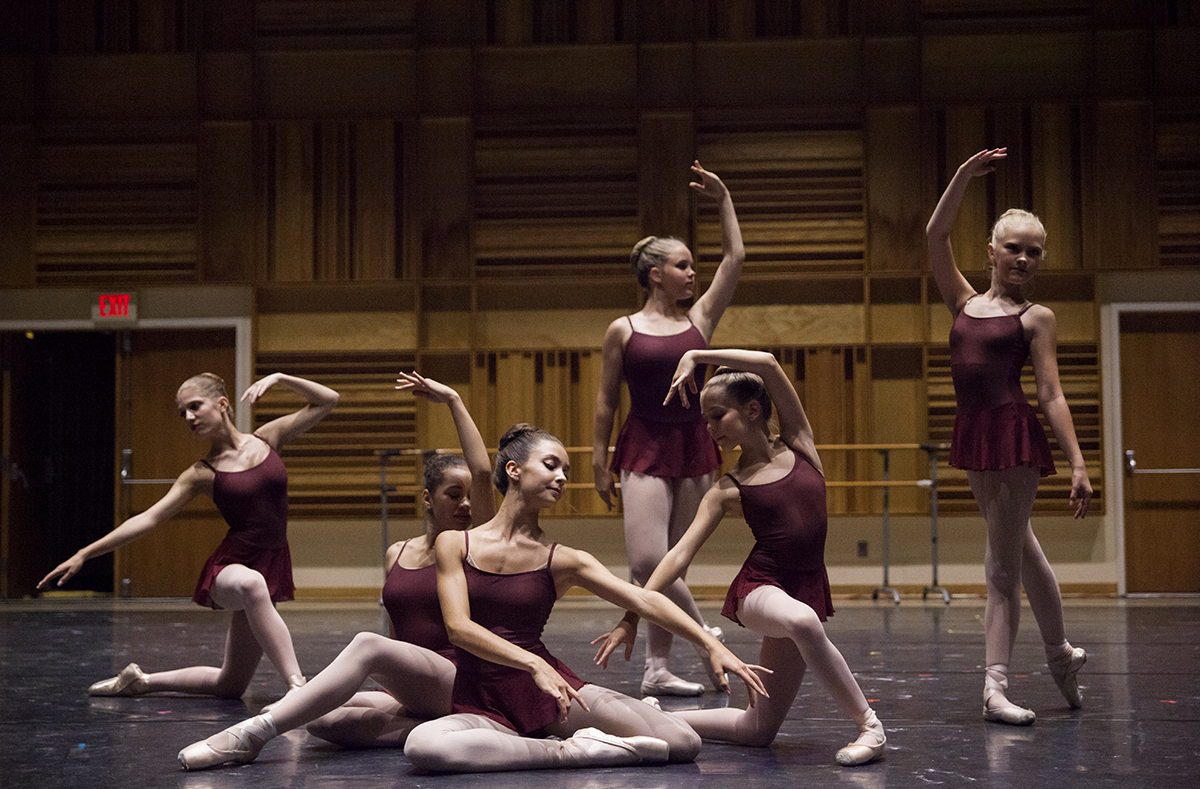 If the young dancers at Chautauqua Regional Youth Ballet missed the professional dance performances at Chautauqua Institution this summer, they had a good reason.

“When they are here, they always go to all the ballet performances,” said Elizabeth Bush, CRYB executive director. “But most of them have been studying ballet this summer out of town.”

With the summer winding down, those dancers will make their way back to the area. At 6 p.m. Tuesday in Elizabeth S. Lenna Hall, CRYB will present a 45-minute program as part of the Family Entertainment Series.

Under the direction of Monika Alch, CRYB artistic and school director, the performance will include classical and contemporary styles. The classical offerings will include two crowd-pleasers – “The Dying Swan” from “The Carnival of the Animals” and the Sugar Plum Fairy variation from “The Nutcracker.” A German pop song will be the background to contemporary ballet solo “Letzter Tag.”

The program will also include the modern work “Garten.” Set to music by Dmitri Shostakovich, the work was performed by choreographer Michael Cerwinski’s company at Jacob’s Pillow Dance, and was recently gifted to CRYB by Cerwinski.

Part of the Chautauqua community for more than 20 years, CRYB offers classical ballet training at levels from pre-ballet through pre-professional. The students mostly come from Chautauqua County, but a couple also travel from Warren, Pennsylvania, Bush said.

The Jamestown dance school teaches about 85 students, and this summer several of the older students participated in such prestigious training programs as Joffrey Ballet, The School of American Ballet and, of course, Chautauqua School of Dance, Bush said.

CRYB alumni have gone on to pursue ballet professionally. Among them is CRYB alumna Brittany Bush. Now a company member at Jose Mateo Ballet Theatre in Boston, she spent the summer teaching at CRYB and will provide additional choreography for the Chautauqua performance.

The performance will feature a small cast of dancers between the ages of 12 and 17, and was created with the family audience in mind, Bush said. She said the performance is important because it allows CRYB dancers a professional experience.

CRYB has been coming to Chautauqua for more than a decade, and usually draws a good crowd, Bush said. A highlight is seeing the children in the audience get to meet the young dancers following the performance.

“I’m sure some of the students in the audience study dance themselves, and are probably similar ages,” Bush said. “So it’s nice to see, to be inspired by someone who’s not that much older than you.”