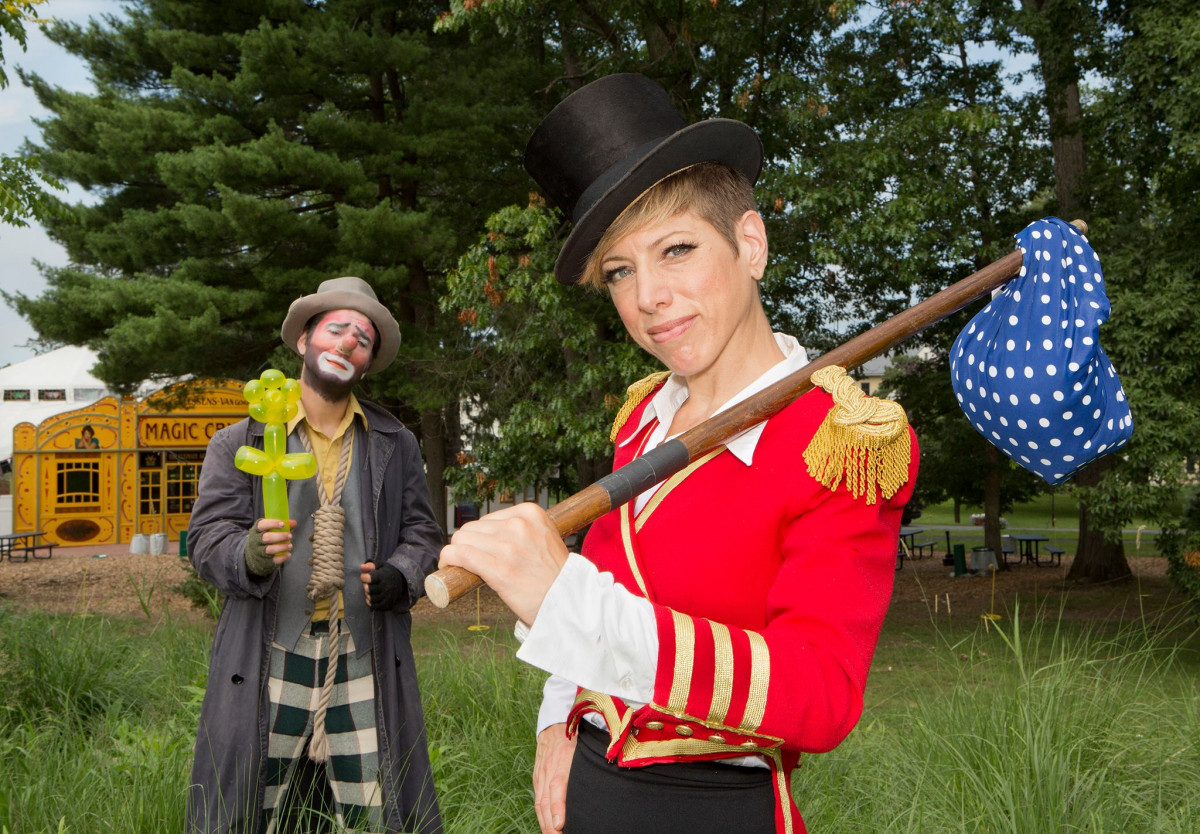 Bindlestiff Family Cirkus, the company Nelson co-founded with his partner Stephanie Monseu in New York City in 1995, aims to respect the history of the circus tradition while bringing fresh takes to the art form.

“You definitely have a world of traditional circus fans who are like, ‘If it’s not in a tent, if it doesn’t have elephants, it’s not a circus,’ ” Nelson said. “Our spelling, the ‘K,’ gives us a little bit of freedom to play with that.”

The Bindlestiff Family Cirkus might not be bringing an elephant to the grounds, but they will perform a variety show as part of the Family Entertainment Series at 7:30 p.m. tonight in the Amphitheater. In the nearly three decades since its founding, Bindlestiff has brought its sense of play to stages across the country and the world. In its early days, from its inception up until the economic strain of the 2008 financial crash, Nelson estimated that the Cirkus spent three to six months out of the year on the road.

“From early on, Bindlestiff saw the need to get artists moving around,” Nelson said. “We’ve really connected to other regional artists, and in making shows, sometimes we would try to hire a couple of acts locally and work with various venues around the country. Circus, as a form, has always been known to travel the country, and we really took that to heart.”

The Cirkus will be bringing a regional connection to Chautauqua. Gretchen In Motion, a circus artist from Utica, New York, will be presenting a handstand act.

The show will also feature performers with whom Nelson and Monseu have long-standing relationships — Ethiopian acrobat Ermiyas Muluken will perform an unsupported ladder act, while Dextre Tripp will walk on a suspended wire and perform an act involving a dog.

Muluken has been involved with the Cirkus since before the pandemic, while Nelson has known Tripp for over 20 years.

“The circus world is a beautifully small one where we all know each other,” Nelson said.

Nowadays, Nelson and Monseu generally take on administrative and production-oriented roles. Monseu is focused on education and outreach, and introducing the next generation to the circus world. Nelson produces many of the Cirkus’ shows, and will be emceeing the Amp performance. He casually mentioned that he will also be swallowing some swords. The variety show will also feature unicycling, juggling and plate-spinning.

Nelson is excited to be performing live again. He noted that there may be some young children in the Chautauqua audience who have never attended a live show before due to growing up in the pandemic.

“For humanity to continue in the beautiful ways of social connection, just getting out there again is more important now than ever before,” Nelson said. “Because we have to kind of retrain ourselves to smile, whether it’s masked or not, and just to be around each other, celebrating and sharing a moment — our mission is bringing that moment for people to share.”