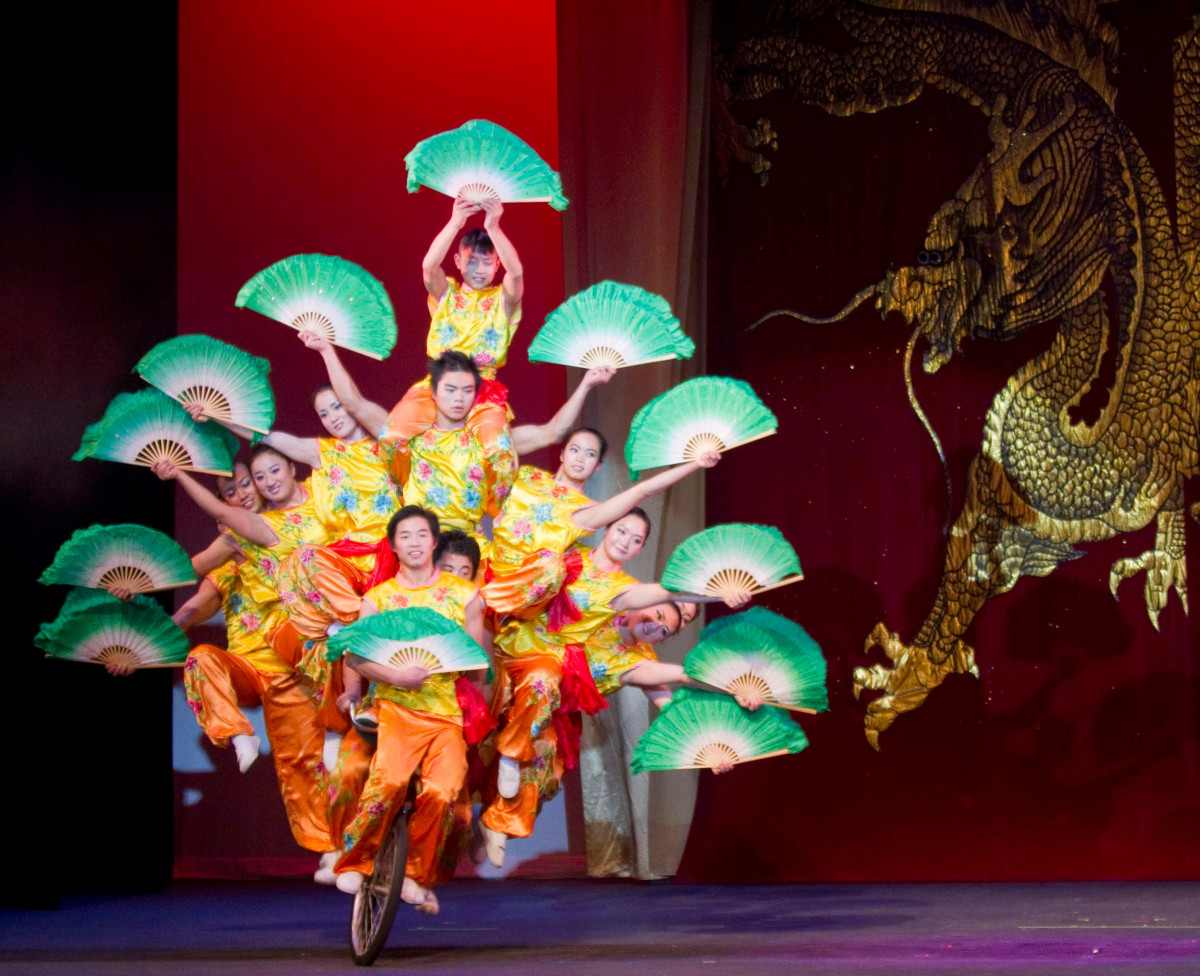 The Stars of the Peking Acrobats will return to Chautauqua’s Family Entertainment Series with a fresh, new show.

The troupe recently joined forces with the Shanghai Circus to create a program that Cynthia Hughes of IAI Presentations, who has been co-producing the Peking Acrobats’ shows for over 30 years, said will excite and thrill spectators.

“We’re producing a whole new show that’s full of youth and vitality, while still holding on to the traditions of Chinese acrobatics,” Hughes said.

The Peking Acrobats were founded in 1986 and have astounded international audiences with their array of stunning acts for decades. They will perform following the Institution’s Old First Night celebration at 7:30 p.m. Tuesday, Aug. 2 in the Amphitheater.

Hughes said that her late husband, Don, traveled to China in 1986 with the idea of creative cultural exchange. He connected with the China Performing Arts Agency and searched for performers across the country, and thus, the Peking Acrobats were born.

“Don saw an opening, with the opening up of China, to break down barriers between cultures and bring the youths of China to the youth and the people of America so that we would have a better understanding between cultures,” Hughes said.

Over the years, the Peking Acrobats have made their mark on popular culture and shattered world records. They have appeared on television in programs such as Nickelodeon’s preteen comedy Unfabulous and NBC’s Ring in the New Year Holiday Special, to name a few. In the realm of film, the acrobats played a role in Steven Soderbergh’s popular Ocean’s trilogy.

One of the Peking Acrobats’ death-defying stunts landed them a spot in the Guinness Book of World Records. In 1999, they performed their Human Chair Stack act on Fox Network, featuring six chairs stacked nearly 20 feet in the air with six performers balancing on top of them.

The 10 performers in the current ensemble will perform a variety of tricks that incorporate a blend of traditional and modern Chinese music and costumes. There will be balancing acts galore, clowns, jugglers, hoop diving and a contortionist.

Also, the chair stack act, which Hughes described as thrilling and breathtaking, will hit the Amp stage. A performer will ascend a towering heap of chairs and perform acrobatic tricks on the precipice.

“It’s sort of like a Chinese carnival, or a circus without the animals,” Hughes said.

Hughes emphasized that the show will surprise and delight audiences of all ages.