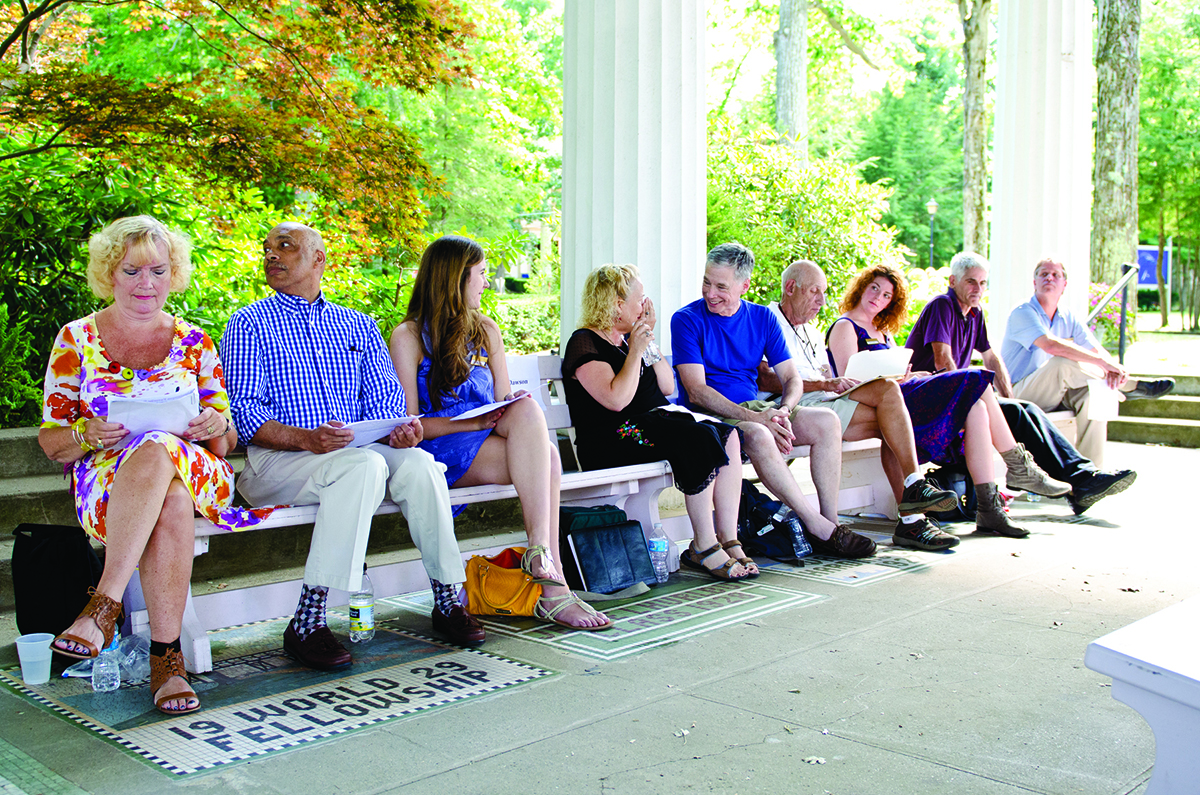 Selected Chautauquans wait to share their favorite poems as part of the 2012 Favorite Poem Project in the Hall of Philosophy. ADAM BIRKAN / DAILY FILE PHOTO

Poetry can get a bad rap, but the purpose of the Favorite Poem Project is to change that perception.

The event, now in its ninth year at Chautauqua Institution, offers people a chance to share their favorite poem with the community. This year’s Favorite Poem Project will take place at 3:30 p.m. Wednesday in the Hall of Philosophy.

The Favorite Poem Project is sponsored by the Chautauqua Literary Arts Friends. The organization is headed this year by Norma Rees, who is serving her first year as president of the Friends.

Rees said she’s lucky to have Maureen Morley and Georgia Court on her side, who help her coordinate the event.

Court serves as the emcee. She helped bring the program to the grounds with former U.S. Poet Laureate Robert Pinsky when he visited Chautauqua Institution in 2009. Court said the main focus of the Favorite Poem Project is creating a compelling program with a variety of poems.

“We’re not so much selecting readers — we’re putting together a program of interesting poems and interesting reasons why people chose those poems,” Court said. “That’s really what we’re after.”

The Favorite Poem Project gathers volunteer readers to share their favorite poem and explain their connection to it. This year’s program has 14 confirmed readers.

Court said one of the challenges is finding readers who aren’t trying to overanalyze the poems. She said the event is meant to showcase emotional and personal connections to poetry, not analysis.

“I’ll say to them: Think about it from a different perspective,” Court said. “How did it speak to your heart? Where were you when you heard this poem? Why did it move you? Who were you with? What were the circumstances?”

Rees said the event can help people understand that poetry can bring joy and pleasure.

“Having these readings and having people be animated and emotional about the poetry that they’re reading gives some insight into how poetry can move you and speak to you,” Rees said.

Court said part of the effect of the Favorite Poem Project comes from the power that poetry has.

“If you think about how a poem needs to be constructed — the consideration that goes into the choice of every word — it’s not just random,” Court said. “A poem is engineered, in a way.”

And having people read the poems that have affected them and share their connections shows that poetry can touch anyone’s life, Court said.

“People from all walks of life — whatever they’re doing, poetry is speaking to them, and it’s alive and well,” Court said. 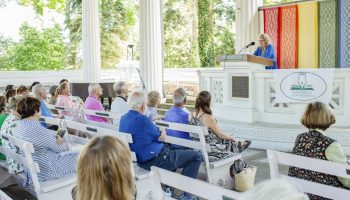