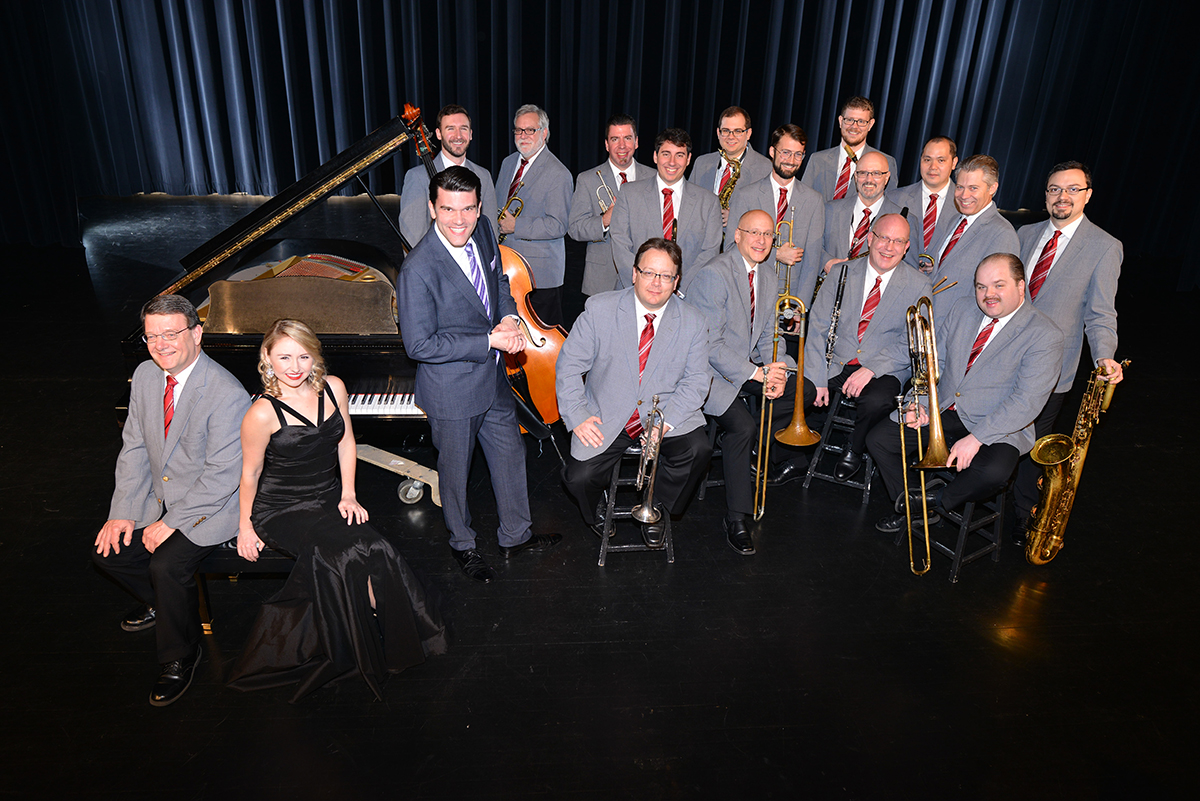 His eponymous orchestra had personality and style to spare; in short, “he was doing something new,” said Nick Hilscher, current band director of the orchestra. “If you heard it played on the jukebox, you knew it was Glenn. It definitely did have a sound all its own.”

Miller created a distinct reed arrangement — adding in a fifth saxophone and having a clarinet lead the melody line resulted in a “special sound,” Hilscher said, and it’s a sound that endures.

It has endured wars, shifting cultural trends and even Miller’s own death, and it’s a legacy and tradition that continue to this day, when the Glenn Miller Orchestra takes the Amphitheater stage at 2:30 p.m. Sunday.

In fact, Hilscher said, the band’s makeup is “the same as what it was when Glenn stood in front of it,” and barring a few weeklong breaks here and there, the orchestra has been touring nonstop since 1956.

“He was The Beatles of his day,” Hilscher said. “It was so popular, and it’s still in the minds of many fans, not just in America but throughout the world. It was great music.”

But in 1942, Miller joined the war effort. Too old for the draft, he convinced the U.S. Army to accept him so he could, according to the Glenn Miller Birthplace Society, “be placed in charge of a modernized Army band.” Miller disbanded his civilian orchestra and played with several outfits before forming the 50-piece Army Air Forces Band, which, according to historian Jeffrey C. Benton, gave 800 performances in England during the summer of 1944.

“America means freedom,” Miller said in a radio interview that summer, “and there’s no expression of freedom quite so sincere as music.”

Hilscher thinks he had plans to reconvene the band after World War II, but Miller never came home; on Dec. 15, 1944, his plane disappeared over the English Channel.

His widow, Helen, accepted a posthumously awarded Bronze Star Medal on his behalf.

“Major Miller, through excellent judgment and professional skill, conspicuously blended the abilities of the outstanding musicians, comprising the group, into a harmonious orchestra whose noteworthy contribution to the morale of the armed forces has been little less than sensational,” the citation read.

“There is a line that is drawn all the way from (Miller’s) original civilian band,” Hilscher said.

Hilscher said Sunday’s performance will continue that throughline all the way back to the original orchestra. The afternoon will include solo and group vocals from Hilscher, Maria Schafer and other members of the orchestra, along with “the major hits that Glenn was known for, and some things that aren’t as well known. We’ll provide a real variety throughout the afternoon.”

Hearing Miller’s work performed, Hilscher said, means that his music is kept fresh in the minds of an audience.

“It’s so exciting to hear that presented live,” he said. “The band just keeps going; we’re still having an impact.”