Talbot’s book, Chautauqua’s Heart: A History of the Literary and Scientific Circle, tracks the CLSC from its early days up to the present. In her introduction to the book, Talbot describes it as “an institutional history of the CLSC, exploring how the organization has changed over the past 140 years.”

Talbot is a Presbyterian minister and is the author of a history of Chautauqua Institution’s Bird, Tree & Garden Club. She is a member of the CLSC Class of 1974.

Chautauqua’s Heart initially began as a topic for a dissertation.

“I started this years and years ago,” Talbot said. “I was looking for a dissertation topic, and I was talking with Nately Ronsheim, who was the director of the CLSC. She suggested I look at Charles Knicker’s dissertation because he had some interesting statistics about the members of the CLSC — particularly, the number of women.”

Talbot began developing her topic from there, paying particular attention to the way the CLSC provided educational opportunities for women. She said in its first 25 years, the CLSC had more women graduating than men.

“The CLSC was feeding this incredible hunger for knowledge and the whole ethos of the late 19th century of people looking for ways to improve themselves,” Talbot said.

After completing her history of the Bird, Tree & Garden Club, Talbot said she realized there was no complete history of the CLSC. Others had written chapters and dissertations on the CLSC’s “heyday,” she said, but nobody had followed the organization into the present.

Talbot said that long view of the CLSC was how she was able to convince the Alumni Association of the CLSC to back the book. The organization provided funding, and the book was published by Mountain Air Books in 2017.

The CLSC has meant different things at different points in Chautauqua Institution’s history, Talbot said, but it was central to taking “the Chautauqua idea around the world.”

“If you read through Kate Kimball’s reports in the late 19th and early 20th century, she would talk about these little groups meeting in Chile or India — almost anywhere around the world,” Talbot said. “It really was the message of Chautauqua. That lifelong-learning message of Chautauqua was first sent out into the world with the CLSC.”

The CLSC has gone through periods of fluctuation as the nation’s educational systems have changed, Talbot said, but it’s important to note that it never completely died out.

Talbot said she hopes Chautauqua’s Heart helps combat the common misconception that the CLSC is the nation’s oldest book club.

“It’s a structured reading course,” Talbot said. “And it’s also probably not the oldest. (Archivist) Jon Schmitz has found some evidence that there are probably some book clubs in New England that have been going for longer.”

The CLSC is different, however. 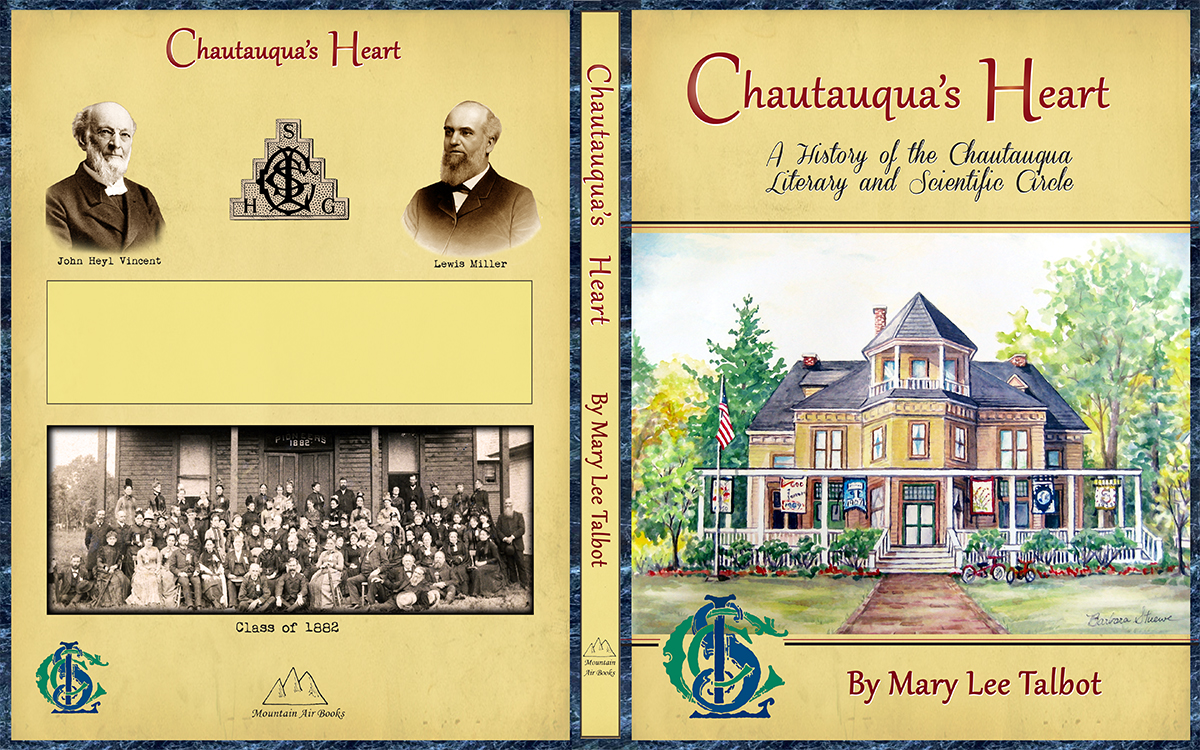 “We still have the trappings of an academic institution related to it: you form circles, you read, you graduate, you get a diploma, you read more and get a stole, like you would with a master’s degree,” Talbot said. “It still has that sense to it. I think that distinction is important. You can’t just read any 12 books — you have to read what’s been set before you. That makes a big difference.”

As she did her research for the book, Talbot said she was delighted by some of the smaller incidents in the CLSC’s history, such as the Chautauquan magazine running afoul of Anthony Comstock. Comstock spearheaded laws meant to suppress the use of the postal system to proliferate erotica, contraception, sex toys and any type of communication featuring sexual content.

While running a series of articles on Greek art and culture, the Chautauquan published a photo of a statue of a nude faun.

“They were trying to show people that you could see Greek art in your local museum — you didn’t have to go to Greece, you could do it in your own country,” Talbot said. “Well, somebody sent it to Anthony Comstock, and he sent them a cease and desist letter.”

Talbot said the editor of the magazine, Frank Chapin Bray, was chastised for publishing “pornography and lewd material.”

“And the whole purpose of the Chautauquan magazine since 1880 had been to provide people with decent, good reading material,” Talbot said.

Besides juicy 19th-century gossip, Talbot said, she was impressed by “the depth with which Chautauquans keep the CLSC in their hearts.”

Talbot said that was how she decided on the title for her book. The CLSC Class of 1996 chose “Chautauqua’s Heart” as its motto for its class banner, and Talbot thought it was the perfect encapsulation of the CLSC’s enduring mission.

The class banners, Talbot said, can give insight into each graduating class. Her book features photos of the banners in one of its appendices.

“The wonderful thing about the banners is that they truly are folk art,” Talbot said. “They truly give a sense of what the CLSC has meant to each generation of Chautauquans: what they were reading, the times they were living in.”

As the CLSC heads into the future, Talbot said, it will “keep changing and growing,” just as it always has.

“There’s just something about that sense of history that keeps attracting people to this oldest of Chautauqua’s traditions,” Talbot said. “And it’s a good tradition. It’s nice to know that traditions can grow and change, and still have a sense of history and gravitas to them.”

Chautauqua’s Heart: A History of the Chautauqua Literary and Scientific Circle is available at the Literary Arts Center at Alumni Hall, the Chautauqua Bookstore, and the CLSC Veranda. Talbot does signings of the book at 12:30 p.m. Wednesdays in front of Alumni Hall.