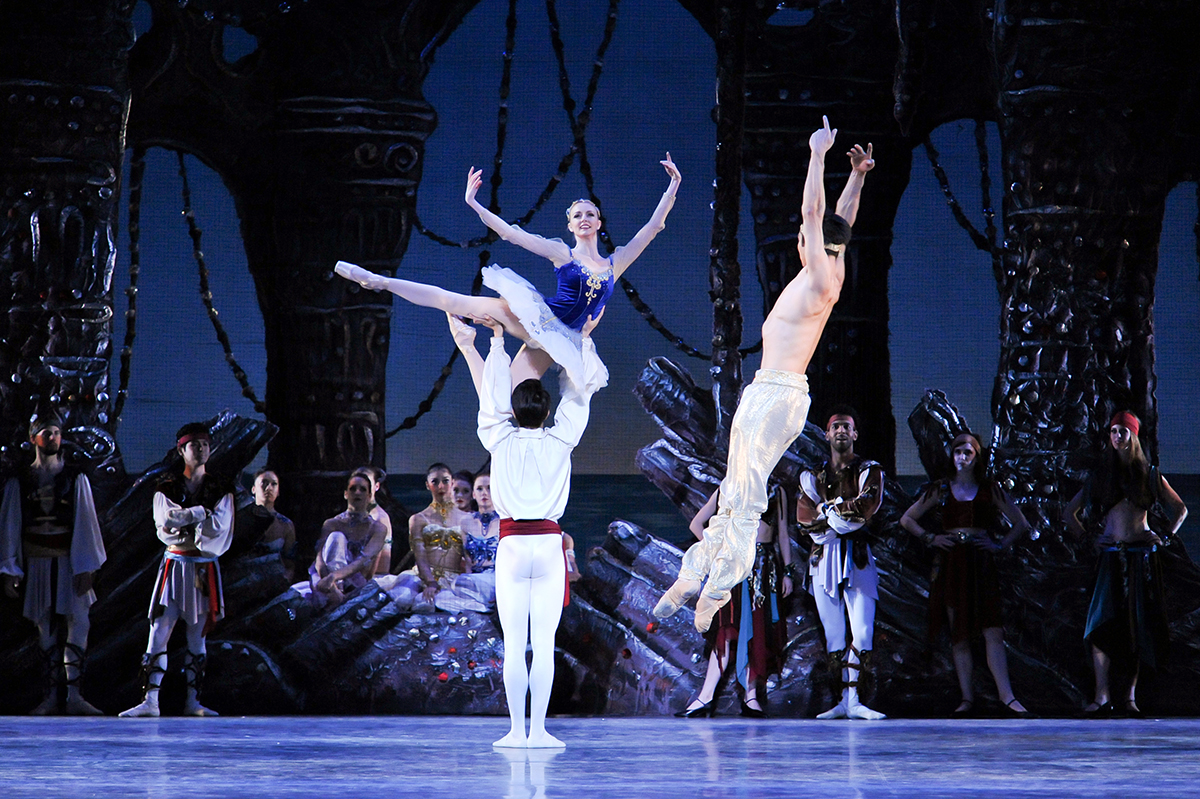 In order to prepare for their performance at Chautauqua Institution, the Pittsburgh Ballet Theatre spent the past month rehearsing for six hours per day, five days a week. It’s a rigorous schedule but something that artistic director Terrence Orr said isn’t out of the ordinary.

“It’s a normal process for us,” Orr said.

“It’s always wonderful to have live music,” Orr said. “Theater has to do with the fact that we’re not just dancers, we tell stories.”

The show opens with “divertissements” — a French classical ballet term that means enjoyable excerpts — from “Le Corsaire,” a ballet about pirates intertwined with comedy, adventure and romance.

The next piece in the program, “Petite Mort,” is set to the music of two piano concertos by Wolfgang Amadeus Mozart. Yoland Collin, PBT’s company pianist, is the featured soloist.

“The music is not necessarily lined up with the gestures on stage,” Milanov said. “The music generally functions as a general canvas. It’s a very interesting and visually stunning work.”

The finale, “Coppélia Divertissement,” features Apprentice, Festival and Workshop II students from the Chautauqua School of Dance. Orr said he traveled to the Institution about three weeks ago to meet with faculty and dancers to stage and rehearse excerpts from the ballet, which features folk dances, comedy and theatrics.

Orr just returned to Pittsburgh on Monday after coming to Chautauqua again to work on the piece.

“They’re doing a wonderful job,” Orr said. “I think it will fit together pretty easily.”

Jean-Pierre Bonnefoux, artistic director for the School of Dance, choreographed the Polish folk dance — mazurka — within the piece, while Glenda Lucena, the school’s ballet mistress, staged it. The company, student dancers and orchestra rehearsed earlier Saturday in the Amp.

“There are ballets in which the music is absolutely equal to what’s happening on the stage, and there are ballets where the music naturally takes a secondary role,” Milanov said. “The classical training and technique that are certainly in ‘Coppélia’ and ‘Corsaire’ are going to be pretty much in focus.”

Orr is the featured speaker for the Chautauqua Dance Circle’s pre-performance lecture at 7 p.m. Saturday in Smith Wilkes Hall.

“I’m looking forward to being up there,” Orr said. “Chautauqua is a wonderful campus. It’s going to be very exciting for us to be in the new theater.”