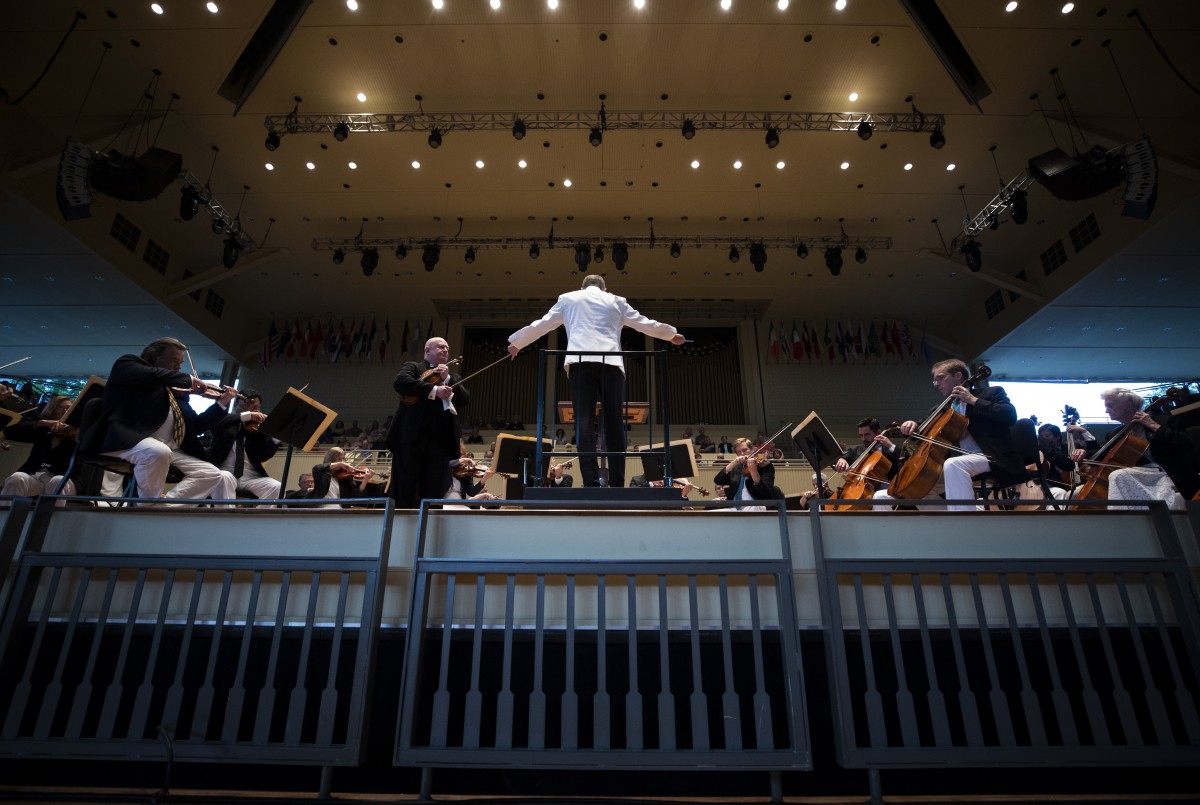 Almost all of the musicians in Saturday’s orchestra concert will have performed Verdi’s Requiem at least once, and some will have done so many times. But for one of the ensemble’s most important voices — William Burden, the tenor soloist — this performance will be a first.

That’s not for lack of experience — Burden has performed lead roles in most of the major U.S. opera houses, and he will join the voice faculty at Juilliard next year. According to Chautauqua Symphony Orchestra Music Director Rossen Milanov, it’s because of the music industry’s tendency to typecast performers.

“He’s known as a person in the business as a person that is quite experienced in producing new music, new operas,” Milanov said of Burden. “But I like the color of his voice, and I know that he’s probably not usually going to get a chance to sing the Requiem. … I really think he’s going to be incredible in this part.”

At 8:15 p.m. Saturday, June 30, in the Amphitheater, Milanov will lead the CSO, the Buffalo Philharmonic Chorus, and the four soloists — Burden, Leah de Gruyl, Michelle Johnson and Kevin Thompson —in a performance of the monumental Requiem.

Milanov took great care in casting Burden and the other three soloists, something he said is difficult to do for the Requiem.

“In the case of the Requiem, (Verdi) wrote for specific people and for their voices, and that’s why this piece is so difficult to cast now — because it’s so custom tailored,” Milanov said. “You go to a store and you buy a suit, and it’s one size in the shoulders, but the waist is a completely different size. It’s the same with the singers.”

“Verdi is very known for using the entire range of the voice. I’m at the stratosphere, then I’m all the way in the depths,” she said. “There’s very, very intimate moments when you can hear a pin drop, but then again you have to soar over an incredible orchestra and a massive chorus of who knows how many, and you really have to cut through.”

But Milanov isn’t worried. He’s selected each singer because of their particular vocal attributes, and he knows Johnson will exceed expectations: the two have performed the Requiem together twice before.

“Somehow, the incredible things that she always does technically with her voice never really come across as something which is there for the sake of technicality because everything is so passionate, and so beautiful, and so honest,” Milanov said. “It’s got this kind of a very special blend that I would call effortless singing.”

Verdi’s Requiem is one of the most frequently performed choral works ever composed, and it employs a huge orchestra and double chorus to achieve its notoriously massive sound. One might think that conducting such a large group of musicians would be a daunting task, but Milanov has found the opposite to be true.

“It’s not a challenge, actually. I find it incredibly intimate,” he said. “In this case, the idea that unifies us is so powerful and so incredible that somehow that collective energy on stage makes the experience quite memorable both for us and I think the audience as well.”

That unifying idea comes from the text of the Requiem, the Catholic funeral mass. It’s a simple idea, according to Milanov: to console the people who have remained on Earth after a loved one’s death.

The text comes from a Catholic mass, but Verdi was a professed agnostic. He wrote the Requiem in an operatic style, very different from the more subdued nature of the sacred music of the time.

But for Milanov, the Requiem remains an essentially sacred expression despite the composer’s lack of faith and his dramatic style, and the Requiem is sacred in the way that all great music is sacred. It speaks powerfully to a universal human experience and gives listeners an opportunity to transcend that experience, even if only for a moment.

“There are certain things in human history that are like part of our DNA, I think. Whether you realize it or not, we do feel the presence of something greater than us in one way or another,” Milanov said. “I think in music that’s the most incredible thing, that almost every piece of music is that connection to an energy reservoir somewhere in space that we have a little glimpse of.”