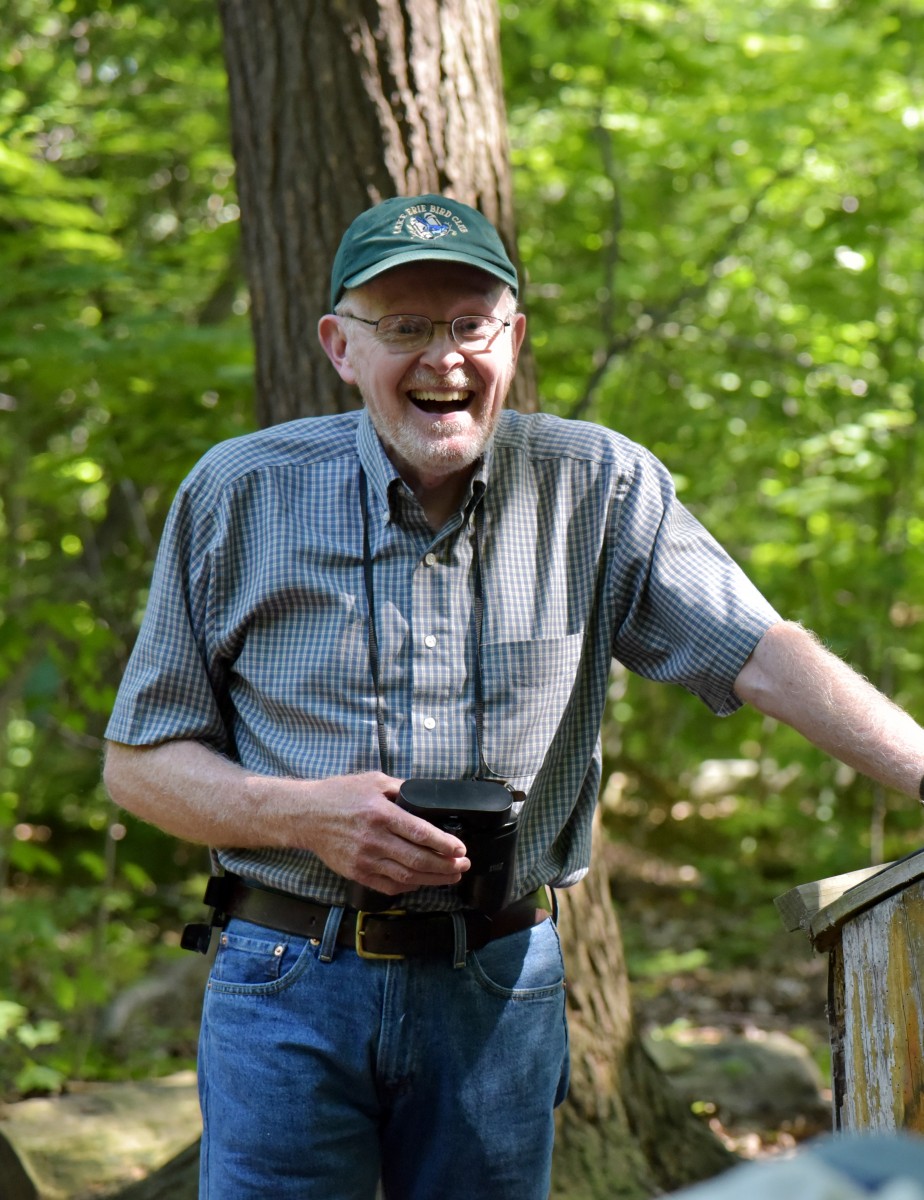 Terry Mosher hopes to attune Chautauquans’ ears around the Institution to some of the more than 300 bird species that surround them. Mosher will lead the Bird, Tree & Garden Club’s opening Lake Walk for the season at 6:30 p.m. tonight beginning at the lakeside porch of the Youth Activities Center near Heinz Beach.

“It raises our eyes, our awareness that the lake has been for thousands of years vital to other creatures besides human beings,” Mosher said.

With the theme “Birding the Chautauqua Campus by Ear,” Mosher’s walk will lead participants in listening to the songs and notes and helping to identify the different birds by ear. Binoculars are encouraged. The walk will move throughout three areas of the grounds where different types of birds are known to be located. Beginning near the lake shore, the walk will then move into the ravine before concluding in the central grounds.

Mosher, former president of the Lake Erie Bird Club, has studied the birds, butterflies and wildflowers of Western New York for many years. He taught environmental literature and other English courses at Fredonia for 36 years, where he enjoyed building connections between students and the natural world through writing.

Chautauqua Lake plays a key role for numerous species of birds that journey to its shores and waters. The lake provides a rest point for many waterfowl, including tundra swan, which stop on their way from northern Canada to Chesapeake Bay to feed, Mosher said. Numerous neotropical migrants travel, in some cases, 2,500 miles in the American tropics back to Chautauqua Lake to nest.

Last season, Mosher gave a talk at the Miller Cottage, focusing on Mina Miller. The daughter of Institution co-founder Lewis Miller and second wife of Thomas Edison, Miller wrote often in her letters to her son and others about listening to the birds around the Institution, Mosher said.

Miller was able to differentiate between different songs, their meanings and acknowledge what point birds were at during their nesting cycles, among other things, Mosher said.

“Instead of just tuning out that part of the Chautauqua soundscape, she listened,” Mosher said.

As a longtime birder and amateur naturalist, Mosher said that one thing participants can be assured of is that they will learn a lot about the different kinds of wildlife that live in the margins around the lake.

The Lake Walk will kick off the season for BTG, which handles a variety of events around the Institution, including garden walks, BrownBag lectures and the biannual House & Garden Tour.

Near the lake shore, participants can expect to hear the calls of purple martins. In the ravine, visitors can listen for the various neotropical species, including the hooded warbler, a five-and-half-inch yellow and black bird that travels from around 5,000 miles to reach the grounds. Lastly, the calls of the chimney sweeps will be identified near the buildings in the central grounds. One species Mosher said he is hopeful participants will be lucky enough to hear is the merlin.

“Hearing the calls of those feisty little falcons would be a treat,” Mosher said. “Everyone would remember that.”