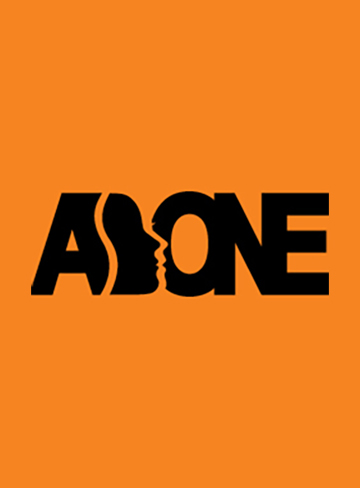 Steven Osgood conducted the premiere of chamber opera As One four years ago when it opened at the Brooklyn Academy of Music.

“When we were in the rehearsal room the day before the premiere, we had no idea this was going to be a piece that continued to go on and have legs,” said Osgood, general and artistic director for Chautauqua Opera Company. “It has since become the most produced contemporary opera in our decade.”

Osgood will conduct the opera again — this time at Chautauqua.

As One will be the closing work for Chautauqua Opera, but open rehearsals have already started. Open rehearsals will take place at 2:30 p.m. every Monday starting June 25 through July 16 in McKnight Hall. Chautauquans won’t be able to see the opera’s lead performers, Sasha Cooke and Kelly Markgraf, until the Aug. 7 performance. Instead, the rehearsals feature two of the 2018 Young Artists, mezzo-soprano Emily Howes and baritone Ian Murrell, as the leads.

As One tells the story of Hannah Before and Hannah After, a transgender woman, as she makes her transition. The two-person opera was composed and created by Laura Kaminsky with libretto from Mark Campbell and visiting filmmaker Kimberly Reed. Reed will also provide visuals that will accompany the performances.

When As One premiered under American Opera Projects, it had a specific target audience, Osgood said. The opera allowed transgender people — who had never seen themselves represented in that medium — see their story be told. Since then, As One has gained universal appeal because it is more about a person becoming “one with themself,” he said.

“The person who’s truly uncomfortable about going into a room and hearing this story about a transgender person might not show up for the first one,” Osgood said. “But maybe that person will hear from somebody who did go to it and say, ‘Wait a second, it’s not what you’re thinking. It’s something else,’ so maybe they do show up for the second one.”

Osgood organized open rehearsals for last season’s Hydrogen Jukebox so audiences could familiarize themselves with the opera. Open rehearsals will also allow those who won’t be at Chautauqua for the performance to see the piece. People will get “infinitely more out of (As One)” by going to the open rehearsals, he said.

At the first open rehearsal of Hydrogen Jukebox, Osgood said there were about 50 people. By the fourth, there was not enough room in McKnight Hall to accommodate the growing audience.

“Every opera benefits from its audience knowing it better,” Osgood said. “The more you know a piece, the more you get out of it.”

Osgood has admired the way Chautauqua Theater Company can get people talking about performances through multiple shows. Similar to CTC, Osgood started the open rehearsals with the hope that they would generate buzz leading up to the performance.

With pieces like Don Giovanni and Candide, it is easier to find other ways to get to know the piece, Osgood said. Because As One is a newer work, people might not be able to conduct much research before it is performed.

Even with older works like Don Giovanni, Osgood said opera has always found a way to be topical when experiencing a golden age, and America is now at the forefront of creating meaningful and topical operas, Osgood said.

“Part of why it is happening is because composers and librettists today are telling stories about the world that we live in. As One is one of the best examples of that,” Osgood said. “I hope people can experience first-hand