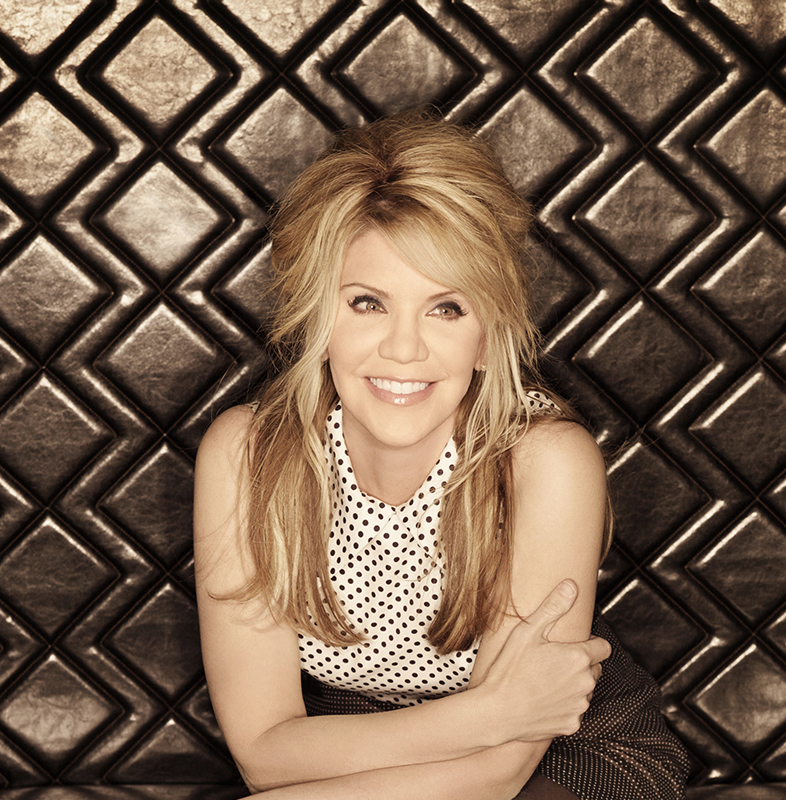 Alison Krauss sang about “The Lucky One,” which is what some Chautauquans might feel like this weekend.

Krauss, who is the female artist with the most Grammys (27), will bring the sounds of her 30 years in the music industry at 8:15 p.m. Saturday, June 23, in the Amphitheater.

The fiddle-wielding bluegrass musician is on her Summer Tour, which includes co-headlining stops with country music legend Willie Nelson.

Krauss started her tour with Nelson in Tulsa, Oklahoma, at the BOK Center.

“This was a stripped-down show with singers and their backing bands on a bare-bones stage, period, and it’s the kind of show that can be pulled off successfully in 2018 if one of the singers is the most decorated female artist in Grammy history and the other is a legendary country outlaw who made BOK Center history,” Jimmie Tramel wrote in his review of that show for Tulsa World.

This is not the first time Krauss has performed in Chautauqua; she put on a concert in the Amp in 2011 with her band, Union Station. Before her visit, she had released her album, Paper Airplane.

Krauss is a person everyone can connect with because she is a singer and musician, said Deborah Sunya Moore, vice president of performing and visual arts. Krauss is also a celebrated artist who continues to be relevant.

“I think she is just an amazing American artist,” Moore said.

Krauss released a solo album in 2017 titled Windy City, which spent 26 weeks at No. 1 on Billboard’s Bluegrass Albums chart.

“Windy City (out Feb. 17), Krauss’s first solo album since 1999’s adult-contemporary oriented Forget About It, shows off her intelligence and good humor in versions of classic songs that are delightfully down to earth,” NPR’s Ann Powers said in 2017.

Krauss has collaborated with many artists in her time. She put out collaborative albums with Led Zeppelin lead singer Robert Plant and The Cox Family. Krauss was one of the voices featured on the soundtrack for the Coen brothers’ film “O, Brother Where Art Thou,” on which she sang “I’ll Fly Away” and “Down to the River to Pray.” Krauss was also featured on country music star Brad Paisley’s 2004 song “Whisky Lullaby,” which peaked at No. 3 on Billboard’s Hot Country Songs chart.

Krauss’ most-recent album comprises covers from artists like Brenda Lee, Glenn Campbell and her tourmate Nelson, and it was unlike anything Krauss had ever done before.

“It was like seeing something for the first time,” Krauss told Billboard at the time of Windy City’s release. “I never did anything like this.”